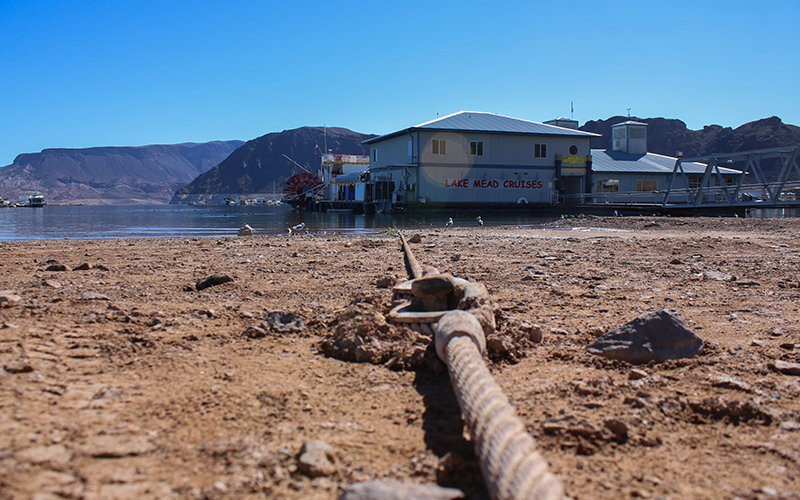 Keeping Lake Mead from dropping to “deadpool” level is one of the goals of the drought contingency plan the Legislature must pass by Jan. 31. (File photo by Corey Hawk/Cronkite News)

PHOENIX – On the first day of the legislative session, Gov. Doug Ducey put water at the top of his State of the State address. More specifically, he wants a drought contingency plan completed, one that keeps the vital Colorado River system at healthy levels.

Ongoing drought and over-allocation means Lake Mead is at risk of dropping to “deadpool” levels. Taken to the extreme, power generation at Hoover Dam would stop, and water no longer could be extracted from the lake.

The drought contingency plan is an attempt to stave that off. Arizona is the only one of the seven Colorado River Basin states that needs legislative approval for its plan, which is part of the overall drought plan for the entire basin.

There are many reasons to seal the deal. Despite significant progress, a few obstacles remain.

Stakeholders have been actively discussing a drought plan for months, and on-and-off for years. But Arizona must work at lightning speed. In his address on Monday, the governor mentioned the Jan. 31 deadline imposed by the federal Bureau of Reclamation, which manages power and water in the West.

“Doing so will require compromise. … Everyone is going to have to give,” Ducey said.

There’s already been a lot of giving through both public and private negotiations that formally started over the summer. Still, other states in the Colorado River Basin have approved the overall plan, and aside from a few California water districts, Arizona is the holdout everyone is watching as it writes its internal deal.

If Arizona misses the deadline, Reclamation Commissioner Brenda Burman has said she will ask the other basin states for their recommendations on what kind of water-cutback regime to impose.

The public and private negotiating process outside the Legislature continues.

Last week, homebuilders asked for additional water in the current proposal in case a related deal with the Gila River Indian Community falls through. Tribal Gov. Stephen Roe Lewis said that so long as the state drought contingency plan happens, so will that related deal. It would provide hundreds of thousands of acre-feet of water for groundwater replenishment over 25 years, enabling more development.

“I went back to my council and we clarified that. In fact, I signed a letter. I sent that to the Arizona Department of Water Resources and CAWCD (Central Arizona Water Conservation District) this afternoon,” Lewis said after Ducey’s address Monday. 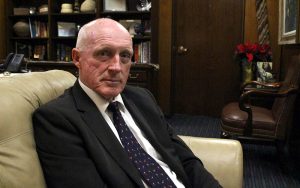 So if the Gila River Indian Community says that separate deal is absolutely happening, is that enough for House Speaker Rusty Bowers?

“I don’t answer questions like that,” the Mesa Republican said with a laugh. “I want to make sure it’s all good, all the way. And it’s getting there. We’re going to get there.”

Bowers is a key figure because, as speaker of the House, he decides which bills make it out of committee and are voted on. He traveled the state last year attending public meetings on water and has been looking out for Pinal County agriculture and development.

“Now with this last big area in central Arizona,” he said, referring to farmland in Pinal County, “we want to make sure that if and when growth takes those and when they sell, that there’s sufficient water to not just do them, and thank you very much, but also whatever takes their place.”

Water law on the Colorado is a tangled mix of federal and state agreements, court rulings and international treaties put in place since the historic Colorado River Compact was signed in 1922. Explaining all that and the drought contingency plan to 90 Arizona legislators will be an epic task. 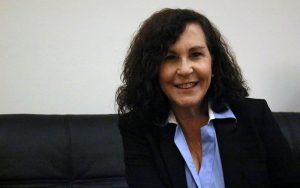 State Sen. Lisa Otondo, D-Yuma, says the language of all proposed bills will be scrutinized. (Photo by Bret Jaspers/KJZZ)

Bowers said lawmakers will have informational meetings, then put bills in committee and approach them concept-by-concept.

“We need to see the language,” she said, “and then also continue to, with staff, of course, and stakeholders, walk many other members on both sides of the aisle through the legislation. And have them have a better understanding.”

Yes, the clash over the Trump administration’s demand for $5.7 billion for a border wall is affecting Colorado River planning. Last week, the Phoenix-area office of the Bureau of Reclamation said its legal counsel has been on furlough.

In addition, the federal Department of Agriculture is needed as well, according to state Rep. T.J. Shope, a Pinal County Republican.

Shope said the federal government needs to reopen “so that way we can begin restarting negotiations with the USDA about drawing down federal funds to help out” with groundwater infrastructure in Pinal County.

With the shutdown now in its fourth week and no resolution in sight, that information might not come by the Jan. 31 deadline.