‘Nobody wants to be told what to eat’: Rising meat consumption contributing to climate change 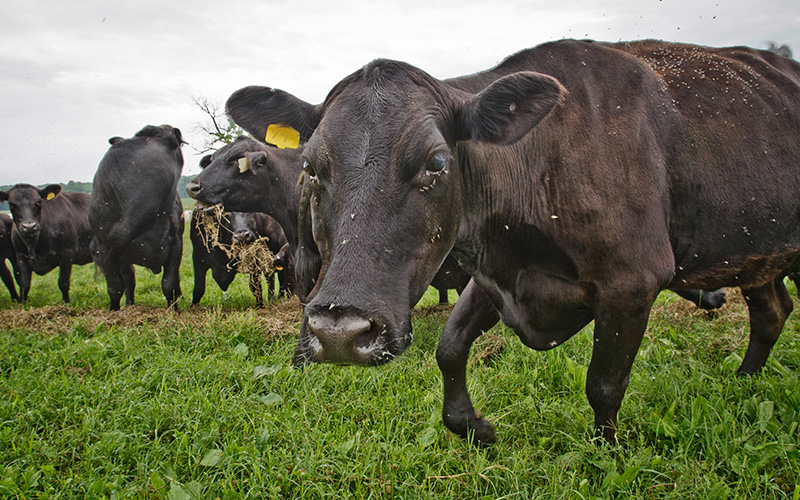 The average U.S. consumer will eat 222 pounds of red meat and poultry by the end of this year. (Photo by Lance Cheung/USDA via Flickr)

PHOENIX – Americans are on pace to eat more meat per person in 2018 than ever before – despite a push to reduce meat production to curb climate change.

The average consumer will eat 222 pounds of red meat and poultry by the end of this year, according to the U.S. Department of Agriculture, surpassing the record set in 2004. But Americans need to consume less meat, particularly beef, if the world is to be able to feed 10 billion people, according to the World Resources Institute, a global nonprofit that assesses climate change risks.

More than 50 percent more food will be needed by 2050, according to institute, which was founded in 1982 with a grant from the MacArthur Foundation, but greenhouse gas emissions would have to fall by two-thirds at the same time. Meat and dairy production use 83 percent of farmland and produce 60 percent of farm-related emissions.

Michael Hodgins, program director of Sustainable Food Systems at Rio Salado College in Tempe, said changes are needed, but getting humans to switch behaviors is difficult.

“We want to be able to sustain ourselves as far as growing food and eating nutritious food, but we don’t want to be affecting future generations from being able to do the same thing for themselves and their families,” Hodgins said. “I’d like to see us as a U.S. culture move a little bit away from that expectation of a huge piece of meat and then, you know, some sides around it.”

Hodgins said more people have adopted a back-to-the-farm mentality, but more is needed.

“I think millennials as a generation are wanting to know more about their food,” he said. “I still think we do a poor job of educating our youth. I think a lot of people think a chicken nugget comes from a mama chicken nugget. Simple things like zucchini and things like that, they have no idea what it is. They’ve never tasted it, never seen it in their house.”

More focus needs to be placed on several issues, Hodgins said, such as growing food in season, what resources are needed to produce food and how food production affects the environment. He said many people know the effect cows and pigs have on the environment as far as methane gas emissions and deforestation for pastureland, and that industrial agriculture carries a heavy footprint, but human behaviors are not easily changed.

“And I’m definitely not a vegetarian and I don’t probably intend to be, but I think that kind of education, and maybe eating meat a little less (is needed), and nobody wants to hear that, Hodges said. “That’s a ‘Get off my lawn’ type of thing. ‘Get off my lawn, I’m going to eat double meat now, you can’t tell me what to do,’ because food is very personal, you know?

“Nobody wants to be told what to eat.”