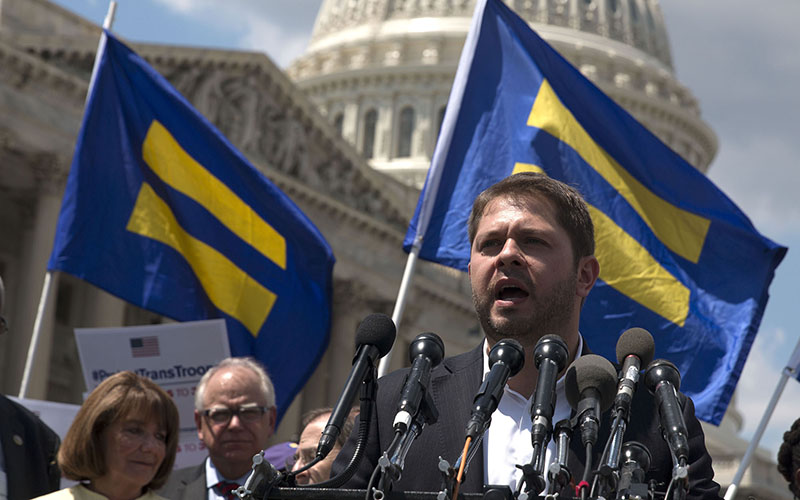 Rep. Ruben Gallego, D-Phoenix, shown here in a 2017 file photo, said Democrats who will take control of the House next month, are sending a message with HR 1, that there are “new hands in charge of this government.” (Photo by Megan Janetsky/Cronkite News)

WASHINGTON – Rep. Ruben Gallego, D-Phoenix, makes no bones about it – the first bill in the next Congress aims to send the message that there are “new hands in charge of this government, and it’s going to be for the people.”

That bill, HR 1, is a three-pronged package for top Democratic reform efforts that grew out of a June resolution cosponsored by 165 Democrats in the House, calling for campaign finance reform, stronger congressional ethics oversight and better ballot access.

Other provisions in the bill are expected to include national automatic voter registration, nonpartisan redistricting and the restoration of federal oversight of state elections, a role that was greatly reduced by a 2013 Supreme Court ruling on the Voting Rights Act.

The plan, laid out last summer while Democrats were still the House minority, is a clear signal that they want to flex their muscle after midterm elections saw the party gain 40 seats and retake control of the chamber.

“The American people sent us a clear message” at the polls, Rep. John Sarbanes, D-Maryland, said in an emailed statement. 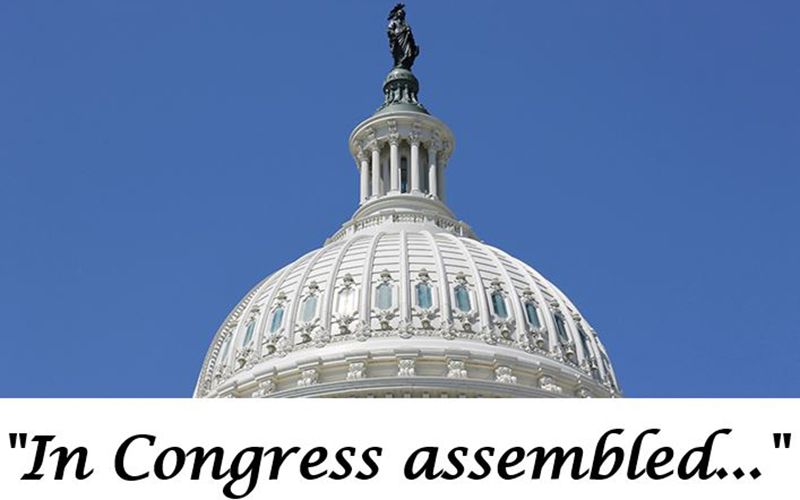 A look ahead at the 116th Congress that takes office next month.
• Arizona delegation brings new faces, less seniority to next Congress
• Immigration reform likely to make – limited – gains in 116th Congress
• Grijalva could bring dramatic shift as head of resource committee
• New Congress likely to resume torrid pace of judicial nominations
• First in Congress? Get in line, as more women, minorities head to Hill

“They want to end the culture of corruption in Trump’s Washington, hold elected officials accountable and make government more responsive to the people,” said Sarbanes, the principal author of the bill. “And Democrats plan to deliver.”

But John Samples, vice president of the Cato Institute, said that while Democrats may be sending a message with the bill, it’s not what he considers “a serious legislative platform.” He called the HR 1 roll-out more the “start or continuation of the 2020 campaign.”

“There’s a sort of a grab-bag of things that Democrats have wanted for some, many, years,” Samples said. “But the problem with it is, it’s just telling people, ‘I agree with you,’ or, ‘We’re trying to do this.’ It’s not a serious legislative platform.”

Even if the bill can get it through the House, he noted, it is not likely to go far in the Senate, where Republicans not only maintained the majority but added a couple seats in the midterm elections.

But Democrats say they are “setting the table” for a meaningful reform agenda they hope to fully enact should they regain control of the Senate and the White House in 2020. Rep.-elect, Greg Stanton, D-Phoenix, said he looks forward to advancing reforms in the bill like those he presided over as mayor of Phoenix.

“I’m excited about the opportunity to vote for HR 1 first,” Stanton said. “We want to get dark money out of elections, just like we did in the city of Phoenix. We put that on the ballot in Phoenix and 85 percent of the voters said yes.

“In terms of voting rights, everything we can do to protect people’s ability to fully participate in the system is a good thing, so I look forward to voting for that as well,” Stanton said.

But Samples advised caution when it comes to big talk about institutional changes, recalling lessons Republicans learned after fighting for term limits in their 1994 “Contract with America.”

“Is it really the issue that all these institutional problems are the source of our maladies, or is it that we just have profound and deep differences
and it’s affecting Congress and making it very difficult?” Samples asked.

“There’s also the longstanding problem that Congress is an institution and it’s not playing its constitutional role for a variety of reasons,” he said.

Democratic leaders are not deterred. Sarbanes co-wrote an editorial last month for the Washington Post with House Minority Leader Nancy Pelosi – who is likely to be elected speaker in January – showcasing leadership support for HR 1.

“In the face of a torrent of special-interest dark money, partisan gerrymandering and devious vote-suppression schemes, voters elected a House Democratic majority determined to bring real change to restore our democracy,” they wrote.

The Democrats’ op-ed named their foes: a Supreme Court that “unleashed” dark money and “took the teeth out of the Voting Rights Act,” corrupting special interests and partisan gerrymandering. And they restated a laundry list of policies they said will be in reach if the electoral reforms are enacted: healthcare affordability, economic empowerment and legislation on gun violence and immigration.

“It (HR 1) will be strongly backed by the new Democratic House majority – which is built on a diverse class of freshmen who are unified in their promise to restore our democracy – along with a new coalition of nearly 100 grassroots organizations,” Sarbanes said.

Gallego said the bill will send a strong message back to voters who turned out in big numbers to sweep Democrats into control of the House.

“We are going to empower them, disempower the powerful and make sure that we restore our voting rights,” he said.