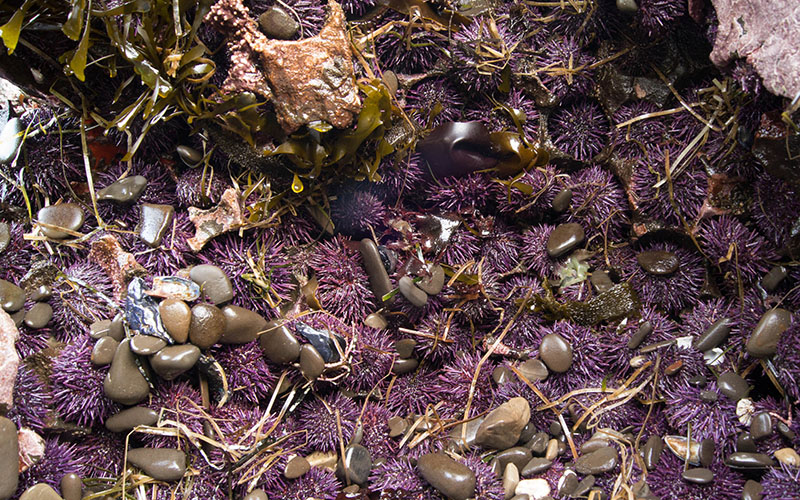 Purple sea urchins are thriving off California as the climate warms, but their voracious appetite for kelp is starving out red urchins, which are used in sushi. (Photo by Elaine with Grey Cats via Flickr/Creative Commons) 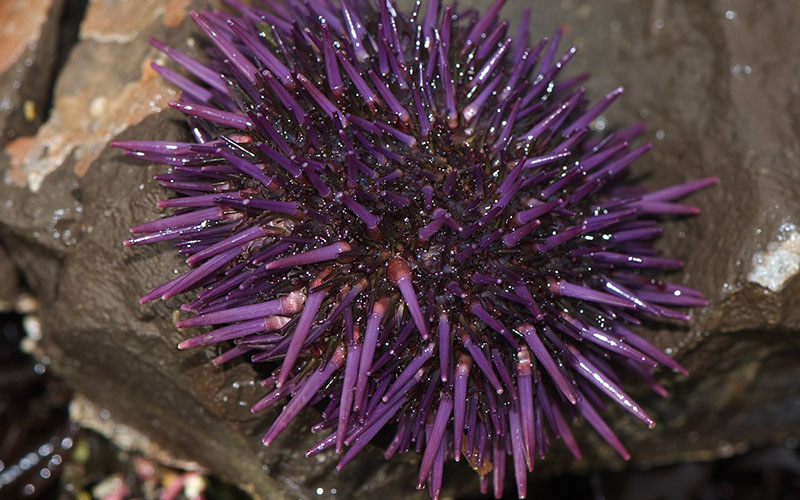 SANTA BARBARA, Calif. – Boats bobbed on a gentle current as Jeff Maassen, a sea-urchin diver for 30 years, filled up his fuel tank at the wharf.

He waved to fellow fishermen, then set out for the Channel Islands off Santa Barbara, where he would dive for the next few days.

Maassen harvests red sea urchins, which he sells to processors in Oxnard, Long Beach and Los Angeles. Sushi restaurants prepare the urchins as uni, a delicacy that comes from the meaty gonads of red sea urchins.

But Maassen and other divers aren’t harvesting as many red sea urchins because climate change has raised ocean temperatures, allowing the purple sea urchin to thrive along the California coast. Purple sea urchins, which are not harvested for human consumption, devour the kelp forests, leaving nothing for red sea urchins. 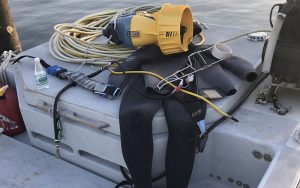 This is the gear long time sea-urchin diver Jeff Maassen uses when he goes out on the ocean to harvest red sea urchins. (Photo by Emily Fohr/Cronkite News)

“The red sea urchins are starving to death. Everything’s getting stressed right now because of a lack of food and a lack of healthy ecosystem.”

Jenn Caselle, a research biologist at the Marine Science Institute at the University of California, Santa Barbara, said California coastal waters have experienced a devastating loss of kelp forests. That affects the entire underwater ecosystem, she said, because it provides food and homes for a variety of marine life. And kelp is the main food source for red sea urchins.

“The Northern California coast has taken a beating, and the kelp loss is almost 100 percent,” Caselle said.

In 2016, California’s statewide red sea urchin harvest dropped to a new low of 5.3 million pounds – the lowest since the 1970s.

In October of this year, the California Department of Fish and Wildlife approved a 90-day extension that increased the bag limit of purple sea urchins from 35 individual urchins to 20 gallons in Sonoma and Mendocino counties.

Although efforts to manually remove purple sea urchins are underway in Northern California, Caselle and Maassen stress that collaboration between researchers and fishermen is vital to the red sea urchin’s survival.

Maassen hopes Fish and Wildlife and local scientists can find solutions to save the red sea urchins.

“It would break my heart if I couldn’t do it anymore,” he said.