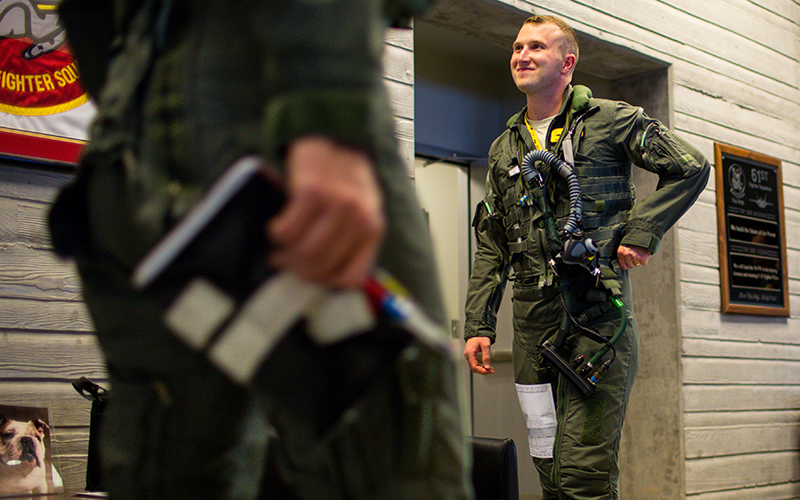 GLENDALE – Luke Air Force Base is feeling the effects of a national pilot shortage that has left the Air Force without enough pilots, maintenance crews and support staff to fully power U.S. military needs.

“Right now, we don’t have enough of certain types of pilots to actually account for all the jobs that we need to do in the Air Force,” said Maj. William Andreotta, operations director for Luke’s 56th Training Squadron. “Those can be anything from here in the front line of actually flying the aircraft all the way to staff jobs that require pilot knowledge as a background to be able to do the job.” 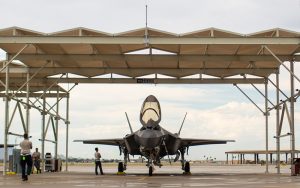 Ground crews check an F-35 at Luke Air Force Base in the West Valley. The base also trains pilots to fly the F-16. (Photo by Nicole Neri/Cronkite News)

The Air Force is trying to make training more efficient, and programs around the state are playing their part by building passion in high-schoolers, teaching them the intricacies needed to become a pilot, mechanic or air-traffic controller.

As of September, the Air Force had 1,500 unfilled pilot positions. At Luke, a flight-training base, the shortage of instructors to train fighter pilots to fly F-16 and F-35 fighter jets is particularly acute. Pilots have tough work lives and those undergoing training often leave to pursue a better balance between work and family life, authorities said.

Luke spokesman Jensen Stidham said that, as of September, there were 58 instructor pilots, leaving 26 open positions for F-16 pilots. For F-35s, only 85 out of 101 instructor-pilot positions were filled.

A backlog of aircraft mechanics also has led to a decrease in available aircraft, which leads into an ongoing loop: The number of pilots that can train depends on the number of aircraft available.

Andreotta said one way the Air Force is trying to solve the problem is to improve training efficiency.

“Where we can decrease the course length but not decrease the quality of the product that we’re sending out there, so that’s how we produce more” pilots, he said.

Air Force officials say their goal is to have most positions manned at 95 percent by 2024, Andreotta said. But that’s going to be tougher for fighter pilots: the 95 percent goal is set for 2029.

Another way to build the fighter pilot force is to educate high-schoolers. 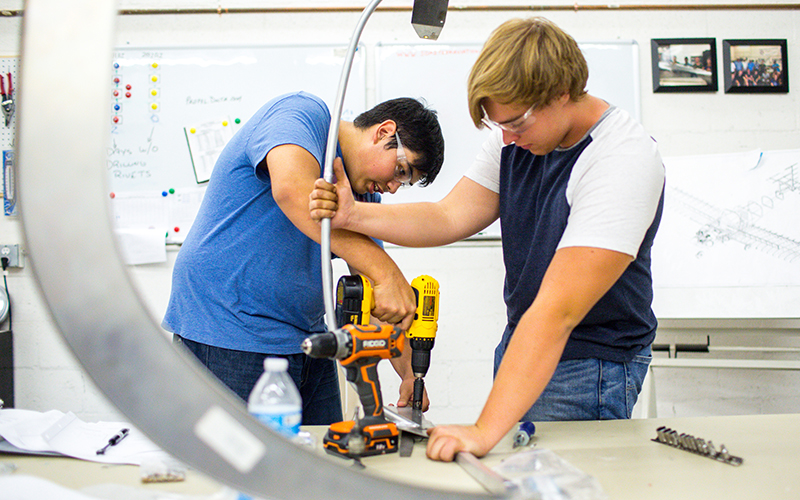 In Tucson, high school students are learning what it takes to build an airplane through the nonprofit Southern Arizona Teen Aviation program. The students are building a two-seat Van’s Aircraft RV12 airplane and will fly it, according to the group’s website.

The students are involved in building all parts of the single-engine plane, the website says. The experience gives the students skills to pursue careers ranging from pilot to aircraft mechanic.

According to the school’s website, students enrolled in the program learn such aviation fields as maintenance and air-traffic control and can work towards earning a private-pilot certificate from the Federal Aviation Administration.

Obasi said he loves aviation and wants to become a pilot.

“Then just getting up in the air, that feeling that you get in your stomach,” he said.