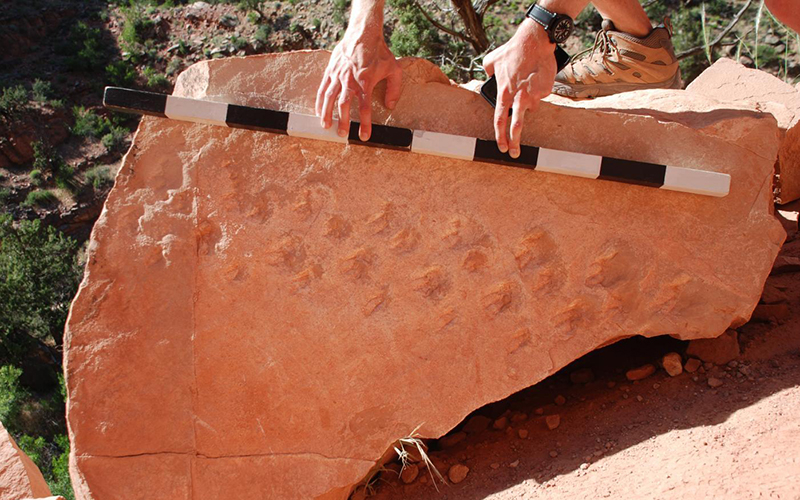 A set of 28 small footprints were discovered on a slab of rock that fell from a wall deep in the Grand Canyon. Paleontologists say the tracks were made by an early reptile 310 million years ago – nearly 250 million years before the rise of dinosaurs. (Photo by Steve Rowland/University of Nevada, Las Vegas)

PHOENIX – When you’re out hiking, you never know what you might see. You could cross paths with lizards, tarantulas or maybe even something bigger, like a javelina. More likely, you’ll come across the tracks of these critters.

But imagine you’re hiking in the Grand Canyon and you happen upon a slab of fallen rock that has some odd indentations, like overly baked footprints. That’s what happened to a group of hikers on the Bright Angel Trail last year.

A set of 28 small footprints were discovered on a slab of rock that had fallen from the canyon wall. It turns out that the set of tracks is about 310 million years old – nearly 250 million years before the age of dinosaurs. Steve Rowland, a professor of geology at the University of Nevada, Las Vegas, who has been studying the tracks, said the find is remarkable. 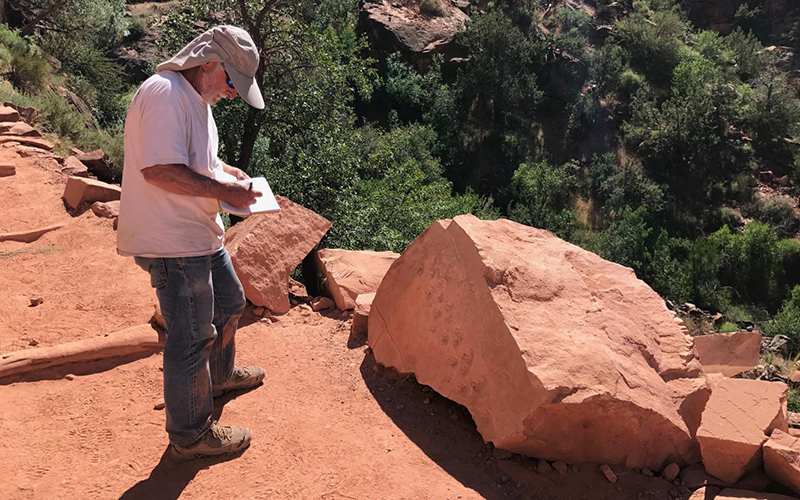 Steve Rowland said he and other paleontologists had never bothered to look for ancient tracks in that area because none had been found there. But this discovery is a game changer, he said. “Nobody’s ever found any tracks this low, this old in the Grand Canyon.” (Photo courtesy of Eric Rowland)

“There are some trilobite tracks and other little arthropods and things older. But in terms of actual vertebrate animals, these are the oldest by far. Nobody’s ever found any tracks this low, this old in the Grand Canyon,” Rowland said. 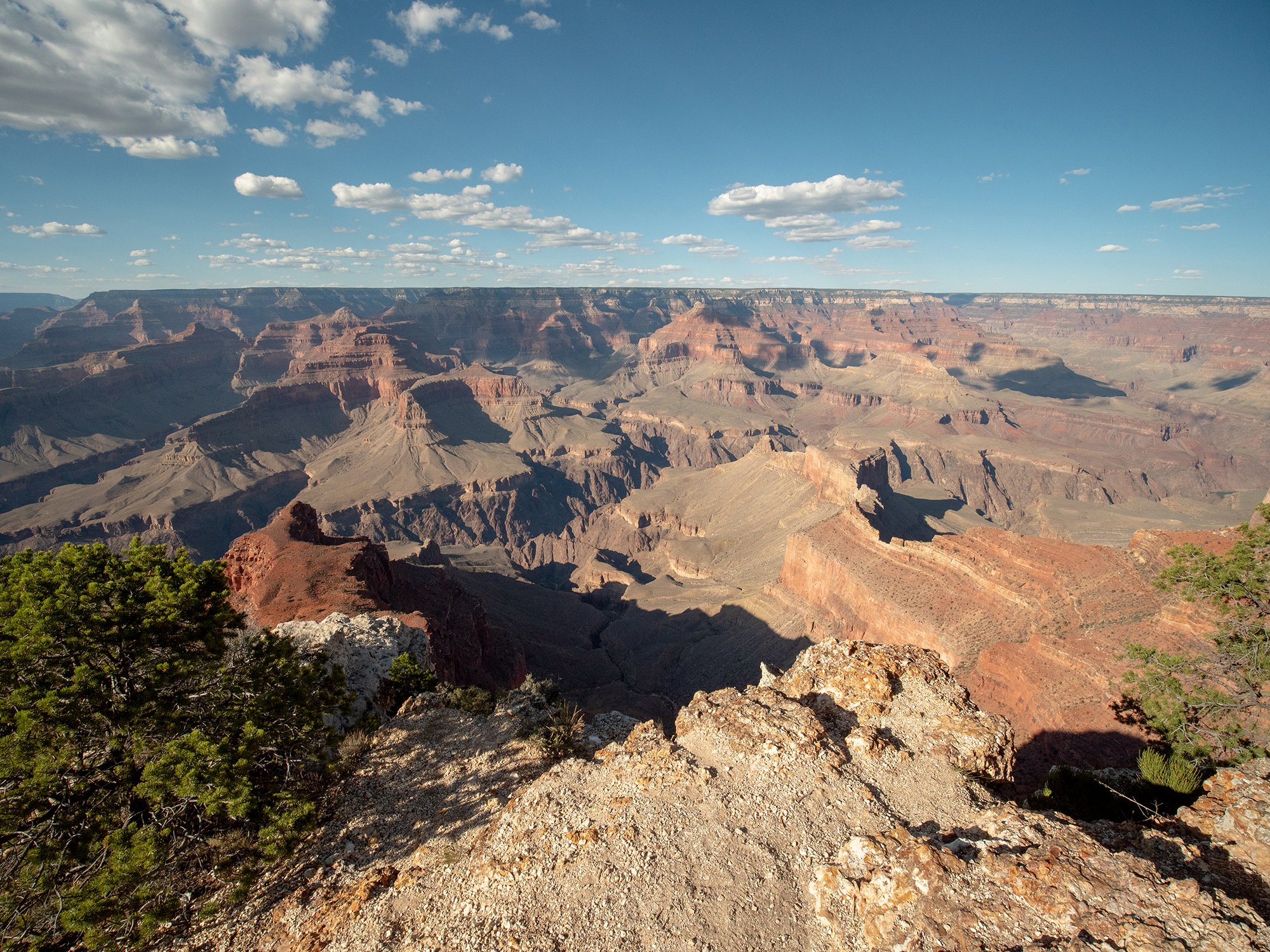 Until now, no reptile tracks have ever been found in this type of rock before in the Grand Canyon. Rowland said paleontologists such as himself have never bothered to look for ancient animal tracks in that area because none had been found there previously. But this discovery is a game changer, he said.

“Now that we know there were animals walking around … at that time period we can … look at some other places and see if we can find any any additional tracks.”

But what animal made those tracks is still a mystery. Rowland said it’s definitely some kind of prehistoric reptilian creature at the very beginning of reptile evolution.

“It looks like a reptile track,” Rowland said. “Amphibian tracks tend to have short stubby little toes, like salamander toes, for example, or toad toes. These these are long skinny toes that look much more reptilian. So I think this is some sort of reptile, but it’s extraordinarily early, just the reptiles were just appearing at the time that this animal was walking around.”

He said we can’t really know what the creature looked like without finding its fossilized bones. Rowland’s team will publish their research in January.