Proposition 127 would have required Arizona’s 16 regulated utilities to get 50 percent of their energy from renewable sources, such as wind and solar, by 2030. The ballot initiative survived a court challenge and confusion over language the Attorney General’s Office inserted into voter-education materials. (Photo by Brandon Quester/Cronkite News)

Arizona’s current renewable portfolio standard will remain in place. That standard, set by the Arizona Corporation Commission, requires the state’s 16 regulated electricity providers to get 15 percent of their energy from renewable sources such as wind and solar by 2025.

Matthew Benson, spokesman for Arizonans for Affordable Electricity, which fought against Prop. 127, said in an email statement Tuesday night, “Arizonans support clean energy, but not costly, politically driven mandates. Arizonans support solar power and renewable technology, but not at the expense of an affordable, reliable energy supply. Arizonans prefer to choose our own energy future rather than have it dictated to us by out-of-state special interests.”

Clean Energy for a Healthy Arizona, which supported Prop. 127, thanked backers for their support in a tweet.
“Together we stood up to the corrupt fossil fuel industry and moved Arizona towards more renewable energy. We sent a message to @apsFYI and their politicians that there’s a price to pay for the corruption of our politics.”

Supporters argued it was time to take advantage of one of the state’s most abundant resources: sunshine. Opponents said new energy mandates would result in higher costs for ratepayers.

Troy Rule, an environmental and sustainability law professor at Arizona State University, said, “The failure of Proposition 127 will be spun by some utilities as a sign that Arizonans don’t value renewable energy.” 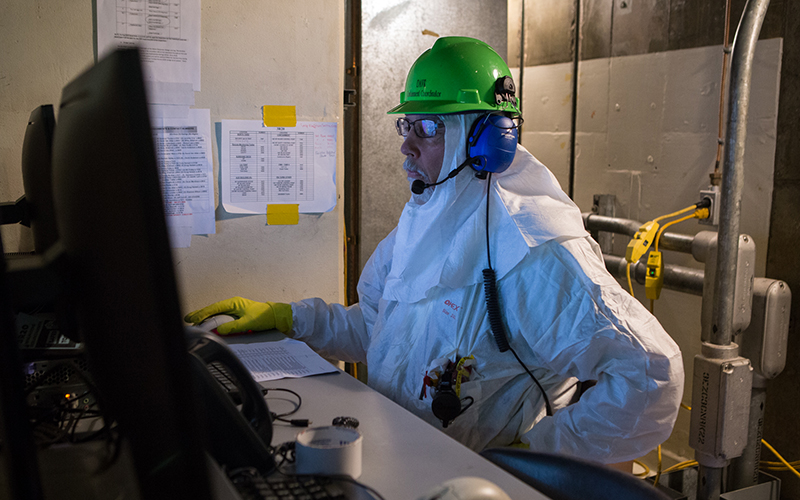 In an interview with Fox News, Paul Bracken, a Yale University political science and management professor, said the state could be a testing ground for how other states deal with renewable energy standards.

“People who would like more sustainable energies are using the threat of a ballot initiative to put pressure on the state institutions of government and on the power companies themselves to change,” Bracken said. “I think one of the arguments in Arizona, is that for a state with its position in sustainable resources like solar it’s gone very, very slow in terms of particular solar but also wind — it hasn’t done as much as it should – so it could really influence Arizona Public Service and others to move in this direction.”

In an interview earlier this fall with Cronkite News, Lincoln Davies, a law professor at the University of Utah who studies renewable energy policy, said propositions like Prop. 127 are not unique to Arizona.

“The idea of these laws was to drive down the cost of renewables over time so that they could be scaled up as technologies and be used across the grid,” Davies said.

Similar initiatives were on the ballot in Nevada and Washington. Twenty-nine states have renewable portfolio standards that mandate electric utilities generate a certain amount of total energy from renewable sources. California and Hawaii share the highest future requirements: 100 percent renewable energy by 2045.

The two groups for and against Prop. 127 spent millions of dollars for campaign signs and radio and television ads to get their messages out.

Arizonans for Affordable Electricity was largely backed by Pinnacle West Capital Corp., the parent company of Arizona Public Service Co., the state’s largest provider of electricity, and raised more than $31 million to oppose Prop. 127, according to Ballotpedia.

Davies said it’s not surprising to see large utility companies spending millions of dollars to oppose mandates such as Prop. 127.

“As the grid has started to evolve,” he said, “as solar has become a really powerful influence in terms of how electricity is getting produced in the United States, you’re starting to see pushback from a lot of utilities and other political constituencies in different states against some of these measures, especially as they become more stringent.”

The road to the polls has been mired in controversy. Arizonans for Affordable Electricity filed suit in Maricopa County Superior Court in July, claiming a number of signature-gathering violations by Clean Energy for a Healthy Arizona. Lawyers for the group also said the initiative’s language about “clean” energy was misleading to petition-signers.

Judge Daniel Kiley in August rejected arguments to remove Prop. 127 from the ballot. The lawsuit was appealed to the Arizona Supreme Court, which also sided with the defendants, effectively keeping the initiative on the ballot and giving Arizona voters a say in the state’s renewable energy makeup.

“Most Arizonans understand that solar could be a really huge resource here,” said DJ Quinlan, a spokesman for Clean Energy for a Healthy Arizona. “And right now, we’re just not doing it.”

In September, Prop. 127 was again the center of debate. Initiative supporters argued that language added by Attorney General Mark Brnovich’s office to the initiative’s explanation in the voter ballot guide, which the Secretary of State’s Office creates, could make the measure less likely to pass, according to azcentral.com.

The language involved potential costs to consumers. The phrase “irrespective of cost” was added by the Attorney General’s Office regarding utilities meeting the new energy standards. One official from the Secretary of State’s Office called the added language “eyebrow raising,” according to the azcentral.com article, because that language was not part of the ballot measure itself.