Democratic Senate nominee Kyrsten Sinema (left) got a boost in a tight race against Republican nominee Martha McSally when Green Party nominee Angela Green pulled out Thursday and said she would back Sinema. (Photos courtesy U.S. House of Representatives)

WASHINGTON – Green Party nominee Angela Green’s decision to pull out of the Arizona Senate race and back Kyrsten Sinema was the “best possible news” the Democratic nominee could have received in the waning days of the campaign, analysts said Friday.

Sinema, the Democrat, is locked in a tight race against Republican Martha McSally for the seat being vacated by Sen. Jeff Flake, R-Arizona, a race that has seen tens of millions of dollars spent in what is already one of most expensive Senate races in state history.

Green, in an interview Thursday with KPNX, said she struggled with the decision to drop out but she had to “make the decision that makes sense. I can’t go up against two people who have spent $50 million on their campaigns.” She said she was throwing her support to Sinema because her campaign most closely aligned with what she thought would make “a better Arizona.”

None of the three candidates’ campaigns responded Friday to requests for comment on the shift. But analysts said the exit of Green, who had polled as high as 6 percent in one poll, less than a week before Election Day is “among the best possible news” Sinema could get in the final stretch of the race.

“Imagine how Al Gore would have felt if Ralph Nader would have dropped out in the presidential race in 2000,” said Republican political consultant Jason Rose, referencing the race that Gore, a Democrat, narrowly lost to Republican George W. Bush. 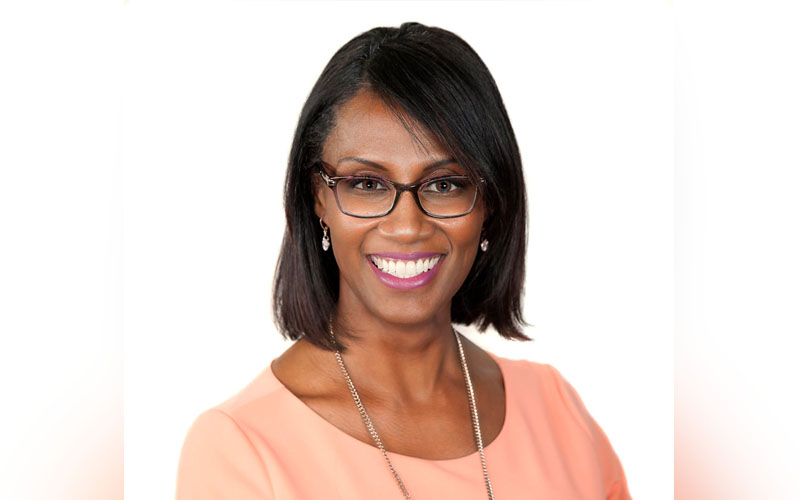 Green Party Senate nominee Angela Green said the decision to drop out was difficult, but she couldn’t compete “against two people who have spent $50 million on their campaigns.” (Photo courtesy of Angela Green’s campaign website)

Critics said Nader, who got 2.74 percent of the vote nationally in that election, siphoned off votes that could have put Gore over the top.

But analysts said Friday that while Green’s support won’t hurt Sinema’s chances, the race is too close to say it will put her over the top.

There were only 6,463 registered Greens in Arizona as of Nov. 1, a tiny fraction of the more than 3.7 million registered voters in the state, according to the Secretary of State’s office. And 1,733 of those Greens had already cast early ballots by the time Green said she was pulling out of the race, leaving a total of 4,730 available on Election Day – if they all vote.

“When you look at the numbers of it, much of the die is already cast and I think frankly a lot of the people in the U.S. Senate race have already made up their minds,” said pollster Mike Noble.

That was one of two polls giving McSally the edge in a RealClear Politics compilation of polls on the race, with another three showing Sinema leading and one showing the two women tied. The RealClear Politics analysis of the six polls gave Sinema a 0.7 percentage point lead as of Thursday.

Noble said it would have been a more impactful move had the Libertarian Party candidate withdrawn. There are 31,583 registered Libertarians in the state.

Rose disagreed, saying even a few votes could make a difference.

“Just ask George Bush and Al Gore if every vote matters,” he said.

Even though she has announced her withdrawal, Green’s name and party affiliation will still appear on the ballot on Tuesday, the Secretary of State’s office said.

Progressive political analyst Bill Scheel termed Green’s announcement an “unofficial” exit from the race, given her name will still appear on the ballot Tuesday, but he still believes the announcement will play a role on Election Day.

“This race is going to be so close and 5 (thousand) or 10,000 votes could make the difference,” Scheel said. “And certainly we would expect Angela Green to be capable of getting that many votes, and certainly I believe the overwhelming majority of those votes would go to Kyrsten Sinema.”

Scheel said even a 1 percent shift could make a huge difference. He said Green’s move to not only drop out of the race but to endorse Sinema shows she has a sense of political pragmatism in our “binary” political system.

“At the end of the day you really have two choices, for better or worse,” he said. “Certainly, I think someone on the progressive end of the spectrum is going to take a realistic view and realize that having Kyrsten Sinema in the Senate is a much better alternative than Martha McSally.”