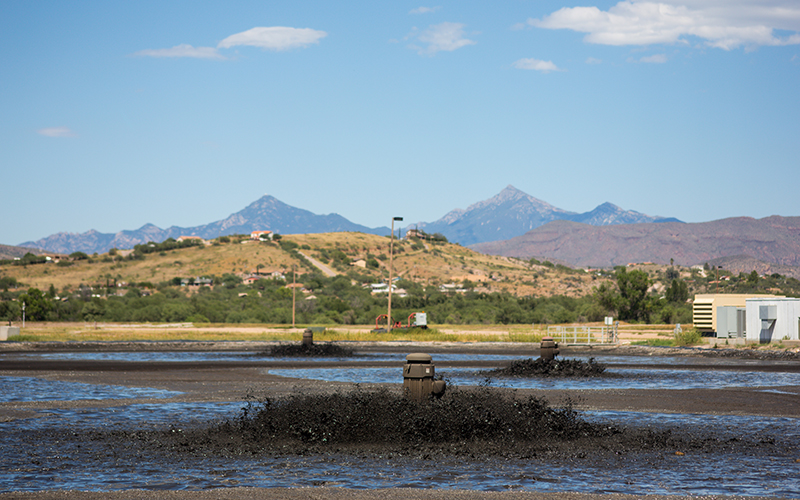 Solids get squeezed out of wastewater at the Nogales International Wastewater Treatment Plant in Rio Rico. Under an agreement reached in the 1940s, the plant processes wastewater from Nogales, Sonora, and Nogales, Ariz., and releases treated water into the Santa Cruz River. (Photo by Nicole Neri/Cronkite News) 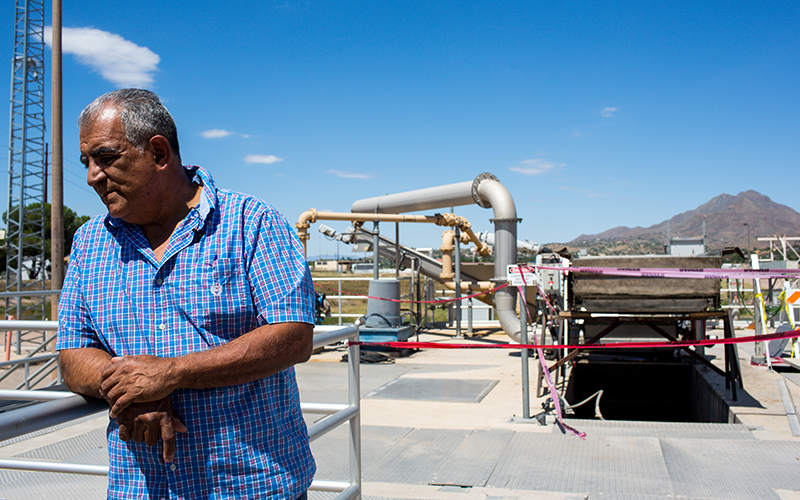 Lorenzo Ortiz is an assistant area operations manager of Nogales International Wastewater Treatment Plant, which treats sewage from Mexico to ensure that it’s up to U.S. health standards and available to recharge the Santa Cruz River. (Photo by Nicole Neri/Cronkite News) 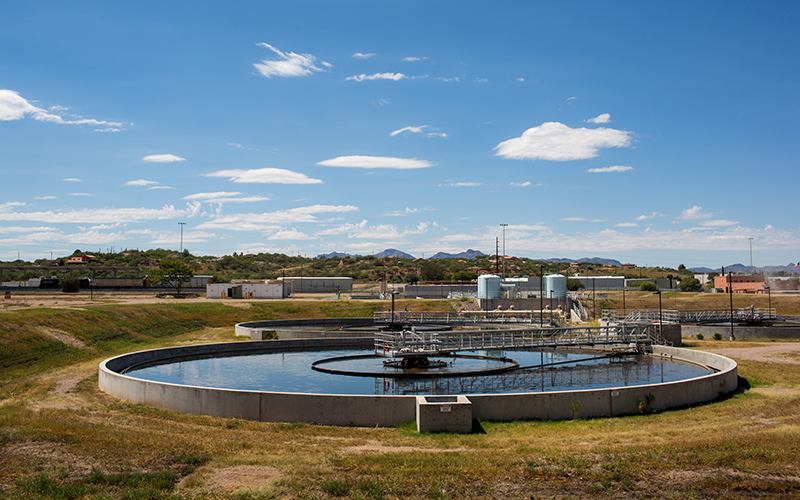 Officials with the Nogales International Wastewater Treatment Plant say a recent spike in zinc is affecting the microorganisms the plant uses to make the process work. (Photo by Nicole Neri/Cronkite News)

NOGALES – A transborder pipeline that brings millions of gallons of raw sewage from Mexico to the U.S. faces challenges on two fronts: The pipe is nearly 70 years old and increasingly prone to leaks; and heavy metals in the wastewater are causing problems at the Arizona plant where it’s treated.

Every day, 14 million gallons of wastewater are delivered to the Nogales International Wastewater Treatment Plant near Rio Rico after traveling about 9 miles through a pipeline known as the International Outfall Interceptor. The arrangement was reached in the 1940s when the U.S. agreed to treat sewage from Mexico. The treated effluent also is used to supplement the Santa Cruz River and riparian areas along its banks.

After a monsoon storm surge last July, the pipe broke, spewing millions of gallons of raw sewage and toxic heavy metals into streams that feed the Santa Cruz. That section of pipe has been fixed, but the entire pipe needs repairs.

There are plans to line the pipe with fabric coated in special resin. It would cost nearly $25 million, most of which would come from federal funds. The remaining $4.6 million would come from Arizona or local entities. 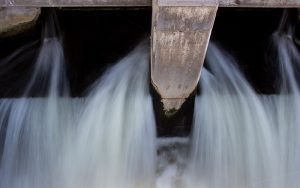 Treated water flows into pipes at the Nogales International Wastewater Treatment Plant that will empty it into the Santa Cruz River near Rio Rico. (Photo by Nicole Neri/Cronkite News)

Erin Jordan with the Arizona Department of Environmental Quality said conversations are ongoing over where they could find those dollars.

That’s the long-term solution, but U.S. and Mexico officials must deal with how to keep the system working with microorganisms that feed off the sewage.

After the water gets to the treatment center, it takes 12 hours for full treatment. Microorganisms are one step of the process before the treated water is released into the Santa Cruz River. Without this effluent, the river would shrink to 6 miles long from 18 miles long in Santa Cruz County.

Hans Huth, an ADEQ hydrologist, said those microorganisms struggle to survive when such metals as nickel, copper and zinc are present. In June, a spike in zinc in the wastewater decreased the microbes’ efficiency. Lori Kuczmanski with the International Border and Water Commission, which operates the Nogales treatment center, said the metals come from south of the border, but the exact source of the contamination isn’t known.

“The levels were high enough to impair the operational efficiency of the plant, specifically the microbiology,” Huth said at a public meeting earlier this month in Tubac.

Glycerin helps keep the microbes active when water toxicity gets too high, Kuczmanski said. If the bacteria die off, ammonia could end up in the river and hurt wildlife. 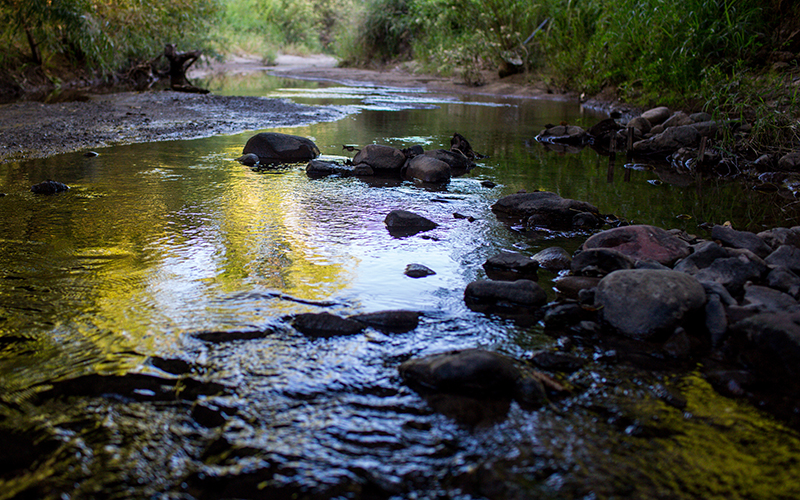 Without the discharge from the treatment plant, the Santa Cruz River would dwindle to 6 miles from 18 through Santa Cruz County. (Photo by Nicole Neri/Cronkite News)

Officials are now looking for options to either certify labs in Mexico to test and monitor metal levels there. Otherwise, a U.S. lab may have to step up and support the effort to ensure compliance.

Even though the wastewater brings hazards, the water helps keep the Santa Cruz River from shrinking and provides water to farmers and industry.

“I’m of an age where I don’t want to be moving in my 80s because there’s no water,” French-St. George said. “All the value of my home is diminished considerably because of poorer water quality.”