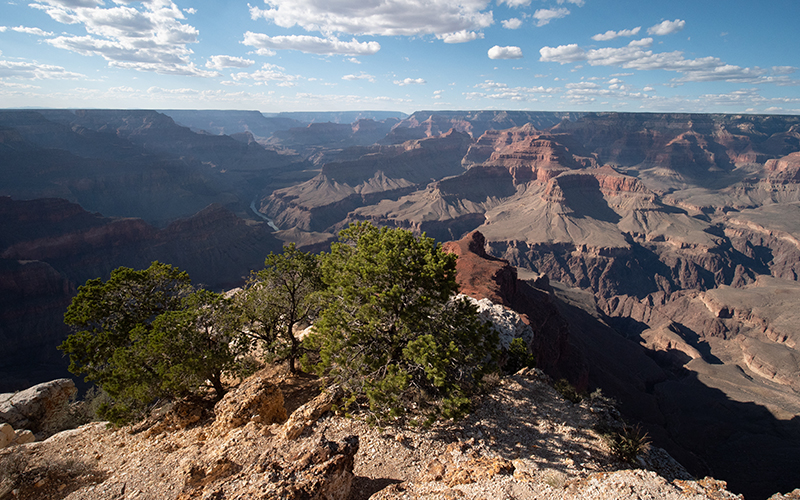 The Supreme Court declined to consider a challenge to the Interior Department’s 2012 decision to prohibit approval of new uranium mines on 1 million acres around the Grand Canyon, meaning the moratorium will stand. (Photo by Jordan Evans/Cronkite News)

WASHINGTON – The Supreme Court on Monday let stand an Obama-era moratorium on new uranium mines on about 1 million acres around the Grand Canyon, declining to hear a challenge by mining groups.

The 20-year ban on new mines was imposed in 2012 by then-Interior Secretary Ken Salazar to protect the air and water around the canyon. But opponents called the move overreach by government bureaucrats who should have been subject to congressional veto.

“It’s the best news we’ve heard in a while,” said Sandy Bahr, director of the Grand Canyon chapter of the Sierra Club, one of the groups – along with the Havasupai Tribe – that had intervened.

But industry officials called the ruling a setback, and said it will only increase U.S. dependence on foreign suppliers of uranium.

That petition claimed that the 1976 Federal Land Policy and Management Act that delegated authority to the Department of the Interior for withdrawal of federal land from mineral development also included congressional veto power of that withdrawal authority. But courts found the veto language unconstitutional.

“There continues to be great risk to our domestic supply chain thanks to unwarranted withdrawals like this, and our import dependence for key minerals commodities has doubled over the past two decades,” Bernstein said. “Without action, that import dependency is going to grow.”

The moratorium could be overturned by Interior, but current Secretary Ryan Zinke said in June that he has “no intention to revisit uranium mining” in and around the Grand Canyon, and a department spokeswoman said Monday that the June position still stands.

“We’ll take Zinke at his word. If he’s not going to reopen the matter, then it’s a settled matter,” said Taylor McKinnon, public lands campaigner in Flagstaff for the Center for Biological Diversity, one of the parties to the case. “If he does try to roll back these protections then he’s going to meet a fierce fight.”

Although the court action is a victory for environmental groups, it is not a complete victory: Salazar’s moratorium only covers new leases in the area, existing mines were grandfathered in. None of those are currently removing uranium ore in the area, Bahr said, but only due to low market prices.

“Uranium mining throughout northern Arizona, and especially near the Grand Canyon, has left a toxic wake of contamination and health issues that rural and tribal communities have been left to deal with,” O’Halleran said in an emailed statement.

He also called on Congress to fund “the remediation of abandoned uranium mining and millings sites, ensuring communities throughout the region have the resources they need to address the health impact of these poorly maintained sites, and protect our precious water sources.”

McKinnon also sees water as a central – and non-partisan – concern.

“The primary threat with these mines is the pollution of aquifers that communities depend on for their well water and the springs in Grand Canyon, including Havasu Spring which runs through Havasupai,” he said. “Protecting the Grand Canyon from uranium mining is a universally popular idea in Arizona. It wins bipartisan favor, it wins geographic favor.

“Most people in Arizona support this ban, so today’s ruling from the Supreme Court is aligned with voters’ wishes in this state.”