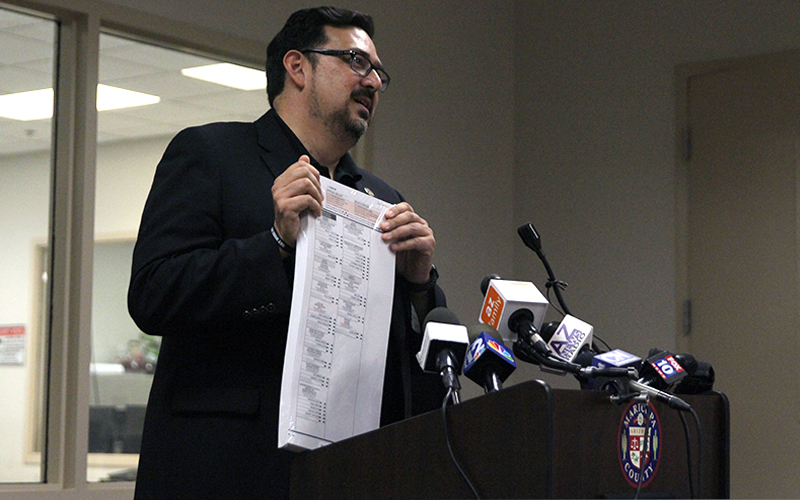 “We attacked these problems,” Maricopa County Recorder Adrian Fontes said of his department’s response to issues during the Aug. 28 primaries. (Photo by Daisy Finch/Cronkite News)

“The story here is a story of success – successful planning for contingencies that we did not know would have happened but that did happen, and we addressed the problems,” Fontes said of the Aug. 28 primaries. “That’s the story here, and that is an incontrovertible fact. We overcame significant problems. Period.”

During the primaries, problems were reported at 62 polls in metro Phoenix, including technological glitches and locations that didn’t open for up to 5½ hours. After noon on election day, Secretary of State Michele Reagan urged Fontes to ask the county Board of Supervisors to petition the courts to extend voting hours, but supervisors declined. 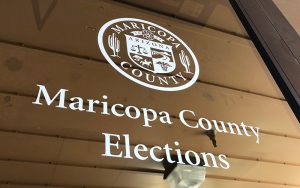 Multiple improvements are planned for the general election, including new training for poll workers. “The enhanced training isn’t just going to be from us. It’s going to be from the folks who have been working elections and understand these systems,” Maricopa County Recorder Adrian Fontes said. (Photo by Daisy Finch/Cronkite News)

Fontes – who in the days before the election had promised that all voting equipment had been checked – blamed third-party contractors for the problems.

Earlier this month, Fontes announced that Maricopa County Elections Department employees, rather than contractors, will handle the November voting. On Thursday, he stressed better training for poll workers and enhanced monitoring of polling places through SiteBook technology.

“We will have live monitoring of every line at every polling place across the entire county to make sure that if we need to redistribute resources, we can do it immediately,” Fontes said.

Fontes credits his department for the success of the August primaries, which saw a record number of Arizonans hitting the polls.

“We didn’t just see record turnout. This office and this department facilitated record turnout,” Fontes said. “In raw numbers, two years ago, there were 555,000 votes cast. This year, we got through 144,000 more votes cast. That is particularly significant, given some of the problems we encountered early on.”

Among the issues with Maricopa County’s voting system are the number of ballots printed and the cost of those ballots,” he said. 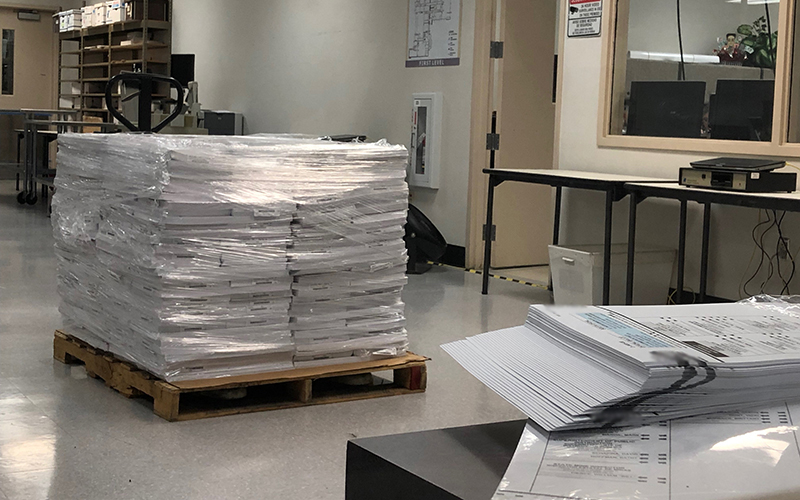 This large pallet of unused ballots is one of 22 left over from the primary election. Fontes calls such waste a product of the “old system.” (Photo by Daisy Finch/Cronkite News)

“As far as ballots, security and so forth are concerned, the waste is evident,” Fontes said. In 2016 and 2017, “the printing of unused ballots … will have cost Maricopa County over $724,000 in just that one cycle.”

That’s just the printing cost alone, not including costs for handling, sorting, proofing, securing, distributing, recollecting and recycling, he said. 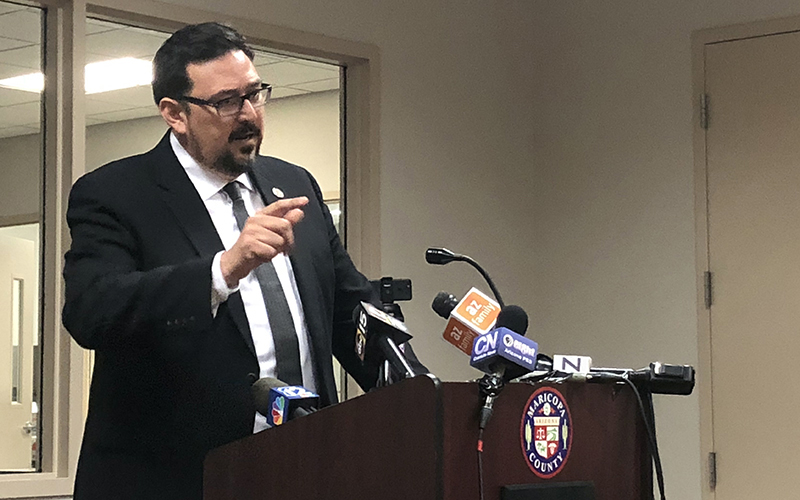 This waste, Fontes said, is why Maricopa County decided to switch to a vote-center model, which allows voters to cast ballots at any of 40 polling locations and have their ballots custom printed.

“Vote centers are not just the future in Maricopa County, they’re also the very convenient past in other counties in Arizona. So we’re finally catching up.”

“As Americans… we have a duty to work in partnership with each other to enhance and improve our democracy. We can do that by increasing confidence in our systems by looking at the way that our systems work and working together to make those systems work better,” he said.