Thanks to new sponsorship, Arizona Cardinals’ home to be renamed State Farm Stadium 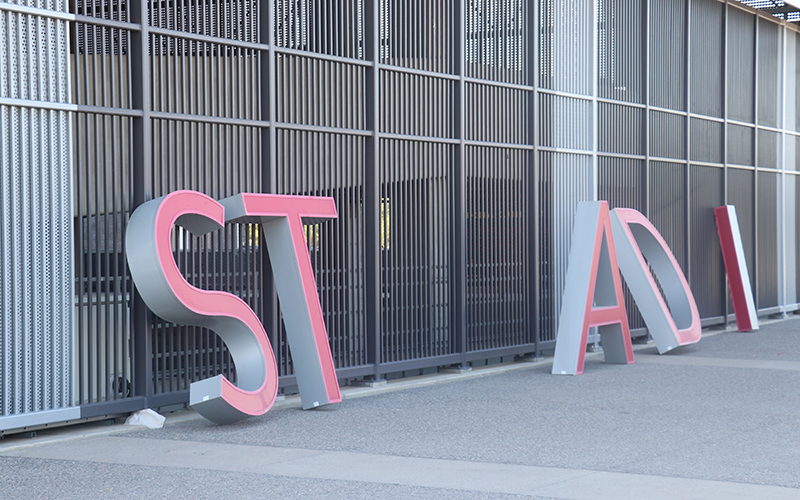 Work is already under way to change the name of University of Phoenix Stadium to State Farm Stadium. (Photo by Andre Simms/Cronkite News) 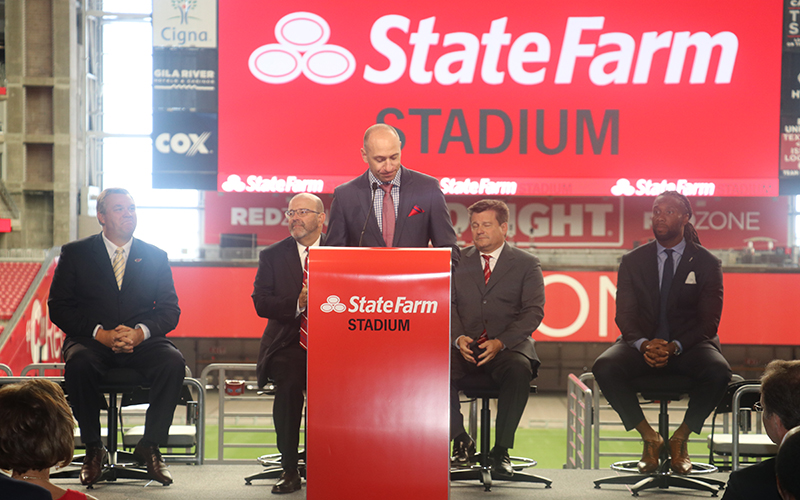 GLENDALE – Like a good neighbor, State Farm will be there – for the next 18 years.

In front of a small crowd Tuesday, Arizona Cardinals President Michael Bidwill announced that the insurance giant will be the new sponsor of the stadium the NFL team calls home.

State Farm, the 36th-largest company in the United States, will be the second entity to be the sponsor of the stadium. University of Phoenix reached an agreement for the naming rights in 2006, paying $155 million for a 20-year partnership. University of Phoenix last year asked to be allowed out of the agreement, citing declining enrollment and regulatory scrutiny, according to ABC15. The university will continue as the team’s education partner.

‘Success can be a disease': Arizona State happy with win but Herm Edwards seeks improvement

Bidwill declined to say whether this new deal was worth more than the University of Phoenix paid in their deal, citing signed confidentiality agreements.

The move comes on the heels of State Farm buying the naming rights to the home of the Atlanta Hawks, the former Phillips Arena. With these two deals in place, State Farm now has its name on stadiums in two of the company’s three hub cities (the other is in Dallas).

Bidwill, sticking to his “community first” philosophy, said the team sought a company that shares those values.

“When we looked for a new naming-rights partner for this stadium, we didn’t do so with anything other in mind than finding a good relationship from the top down,” he said. “As we got to know this company, we realized we had a lot of things in common. These are companies with a focus on community, a focus on doing what’s right, and a focus on trying to really benefit the community with what we have.”

“This is more than just a marketing relationship,” he said. “At the very core, our mission is about helping people. When I look at this opportunity, and when I look at what we can do working together with our organizations, I see enormous opportunity.”

State Farm opened its hub beside Tempe Town Lake in 2016, bringing with it jobs.

The team isn’t completely dropping University of Phoenix as a sponsor. The online education giant will remain the team’s official education partner and shift to what Bidwill called a “building partner.”

Crews were already at work removing all University of Phoenix signage around the complex with the new nameplates set to be up before the season opener Sunday against the Washington Redskins.