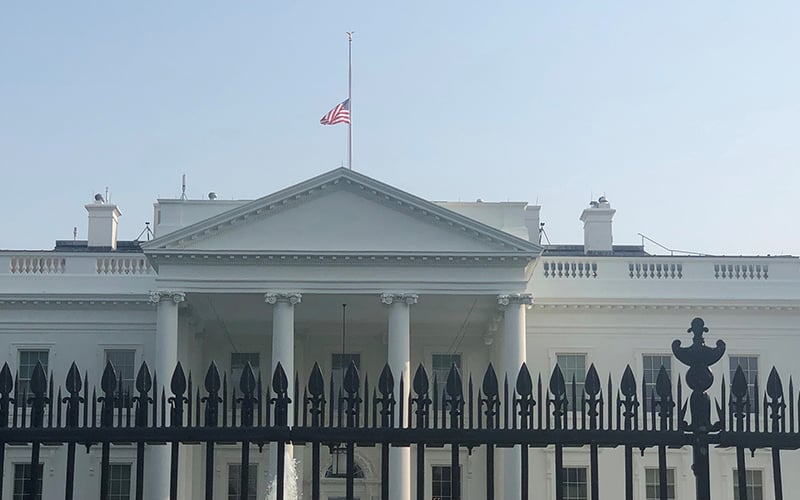 The flag flies at half staff over the White House to honor Sen. John McCain, who died Saturday. The flag was briefly back at full staff Monday, but President Donald Trump reversed course and ordered it lowered until after McCain’s burial. (Photo by Ian Solomon/Cronkite News) 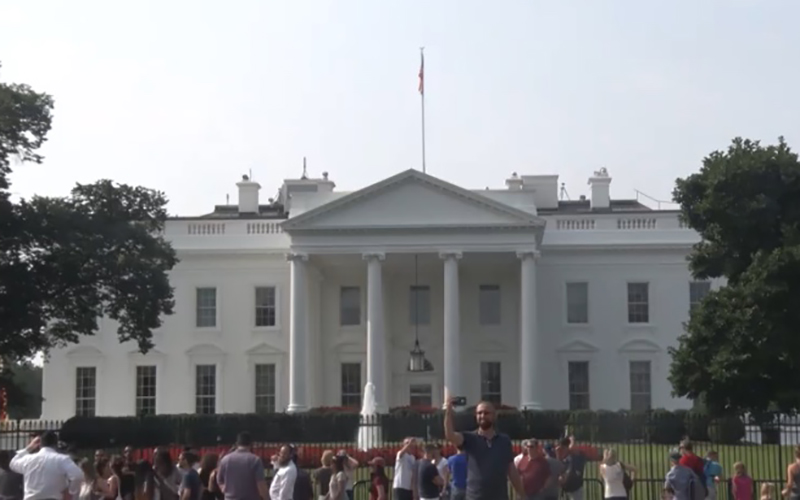 This was the White House on Monday morning, less the 48 hours after Arizona Sen. John McCain died, with the flag returned to full height after being lowered to half-staff on Saturday evening to honor McCain. (Photo by Imani Stephens/Cronkite News)

While there is no requirement that the flag remain at half-staff more than two days for a sitting member of Congress, experts on etiquette and flag protocol called it “disappointing” that the White House broke with the tradition of lowering the flag until after burial.

Most chalked it up to the long-running animosity between Trump and McCain.

“I think it’s pretty clear to everyone why the president did it,” said Peter Ansoff, a flag expert and president of the North American Vexillological Association – a group dedicated to the study of flags and flag usage.

Ansoff said the White House didn’t break any rules when it raised the flag to full staff, but that it was “disappointing” to see partisanship influence his decision.

U.S. law states that when the president or a governor orders a flag to be lowered to half-staff it should remain there for a set length of time – from 30 days for a current or former president to 10 days for a Supreme Court chief justice or House speaker and others, and until burial for Cabinet secretaries, governors and others. For members of Congress, it only says the flag should be lowered “on the day of death and the following day.” 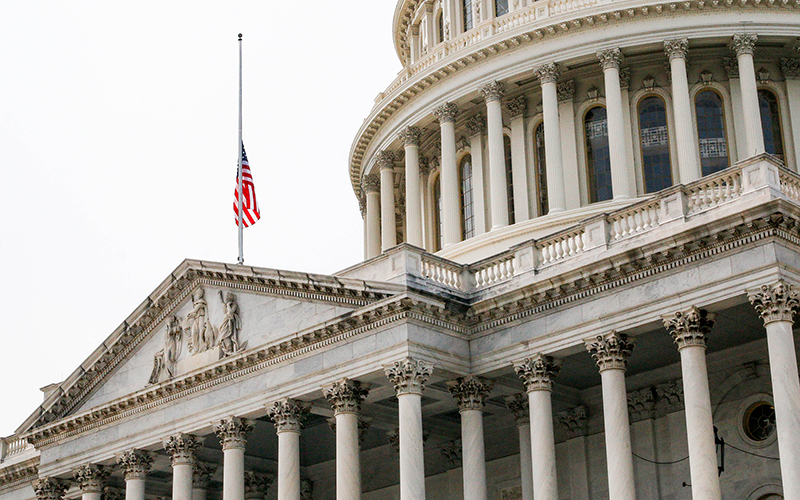 The flag remained at half-staff on the Capitol on Monday, as it did through the rest of Washington – except, briefly, the White House. (Photo by Brendan Campbell/Cronkite News)

But recent precedent in similar situations has seen the flag kept at half-staff for much longer.

When Sen. Ted Kennedy died in 2009, President Barack Obama ordered the flag to remain at half-staff for four full days, CBS News reported at the time. Flags on Capitol Hill were still at half-staff Monday.

Raising the flag over the White House back to full height was quickly noticed Monday morning. After facing criticism from news outlets and experts, the president issued a proclamation Monday afternoon that ordered the flag to be lowered again.

“Despite our differences on policy and politics, I respect Senator John McCain’s service to our country,” Trump’s statement read. “And, in his honor, have signed a proclamation to fly the flag of the United States at half-staff until the day of his interment.”

Trump went on to say that he had asked Vice President Mike Pence to speak Friday, when McCain lies in state in the Capitol Rotunda, and that he has authorized a military transport to bring McCain’s casket from Phoenix and military support for his burial at the U.S. Naval Academy this weekend.

Crystal Bailey, director of the Etiquette Institute of Washington, said it is not likely that the decision to raise the flag was an oversight by the White House. She said the decision to put the flag back at full height so soon after McCain’s death could be seen as a message.

“Very rarely will I look at anything that’s done in Washington as someone didn’t notice what was going to happen or the outcry there would be after,” Bailey said. “Because of the political turmoil that took place between the president and Sen. McCain, it is really unfortunate that it would come down to the flag.”