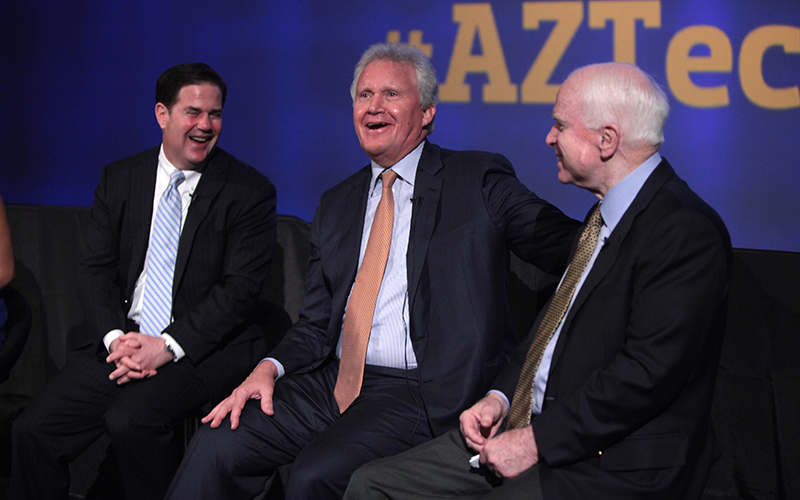 PHOENIX – When Arizona Sen. John McCain died Saturday, he left a decades-long legacy in Congress, as well as an empty Senate seat.

Arizona Gov. Doug Ducey will appoint McCain’s successor, and the law states that replacement must be the same party as McCain, who was a Republican. He or she will hold the seat until the term ends in 2022. 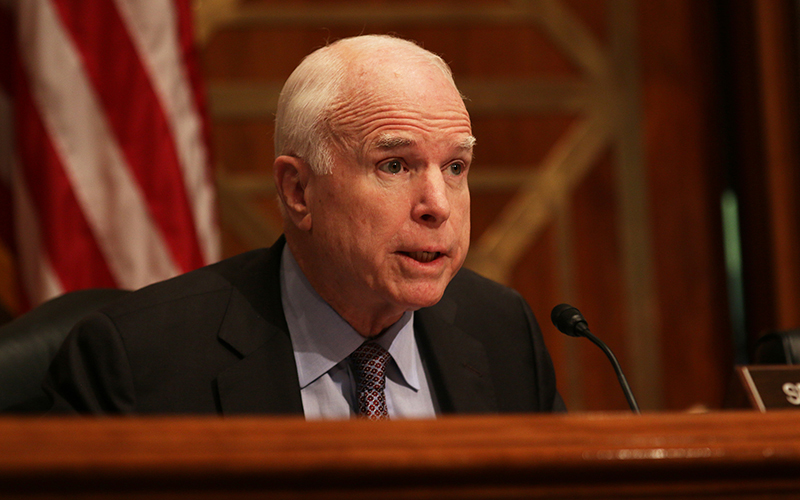 And that’s about all that’s known about the seat for now.

An aide to Ducey told azcentral.com the governor will not make an announcement until after McCain has been buried at the Naval Academy Cemetery in Annapolis, Maryland.

“Out of respect for the life and legacy of Senator John McCain and his family, Governor Ducey will not be making any announcements about an appointment until after the Senator is laid to rest,” Ducey’s senior adviser Daniel Ruiz II said in a statement to azcentral.com. “Now is a time for remembering and honoring a consequential life well-lived.”

Ducey also had declined to discuss a replacement while the senator was still alive.

After meeting with McCain in May, Ducey’s spokesman released a statement on Twitter condemning speculation over his successor, calling focus on the question in Washington, D.C., “disgraceful.”

Gov @DougDucey had a great visit yesterday with Senator McCain. My full statement on the visit here: pic.twitter.com/FVGkV0Qxyl

The statement came after a reporter for the Hill tweeted about a meeting between McCain and Ducey at the McCains’ home near Cornville.

SCOOP: Arizona Gov. @DougDucey quietly met with @SenJohnMcCain and his wife Cindy yesterday at the couples' home near Sedona. The meeting came before a key deadline and amid speculation about who Ducey might appoint to succeed the ailing senator https://t.co/8Qa3czdunR