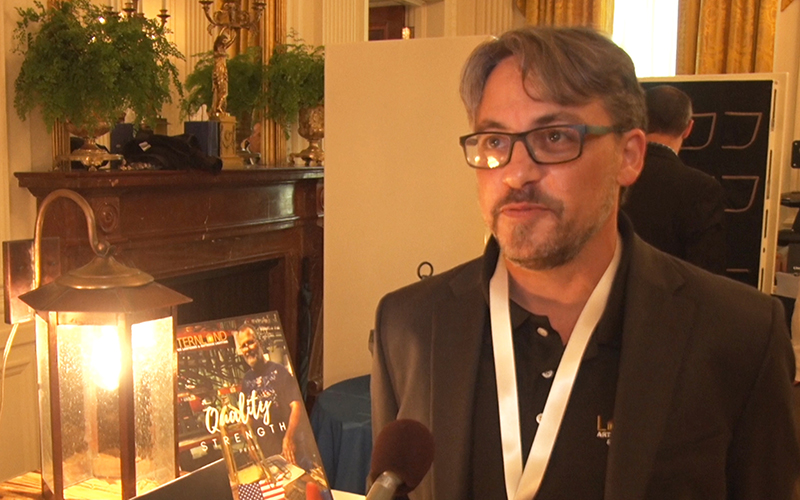 Andrew Medway, of Mesa business Lanternland Lighting, said he was thrilled to be among the U.S. manufacturers invited to the White House for its “Made in America Showcase” on Monday. (Photo by Pat Poblete/Cronkite News) 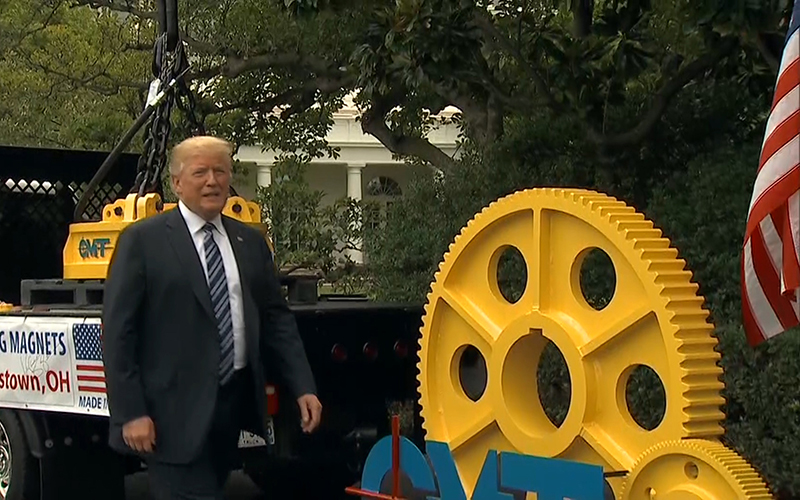 President Donald Trump praised the variety of manufacturers, which ranged from heavy machinery to MoonPies, and used the event to repeat charges that our trading partners are taking advantage of the U.S. (Photo courtesy CNN) 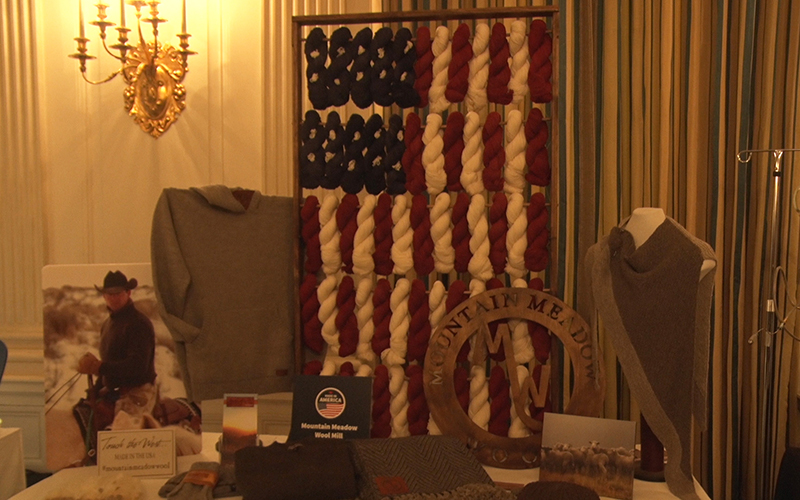 Wyoming-based Mountain Meadow Wool used some of its dyed skeins to form an American flag for the backdrop to its display of wool products at the White House showcase. (Photo by Pat Poblete/Cronkite News)

WASHINGTON – Andrew Medway wasn’t sure how his Mesa business was picked to represent Arizona at the White House’s “Made in America Showcase,” but he was still excited to be there Monday among companies that made everything from spacecraft to MoonPies.

“We’re thrilled to be here obviously, but it came completely out of the blue,” said Medway, whose family started Lanternland Lighting about 40 years ago. “We’re lucky we didn’t dismiss it because we thought it might be a hoax.”

But it was no hoax that brought Medway from his office in Mesa to the White House, where his family-owned company was one of 50 representing each state at White House’s “Made in America Product Showcase.”

Highlighted companies ranged from defense contractor Lockheed Martin to a business that makes covers for fishing lures, from heavy equipment manufacturers to wool mills. But one thing they all have in common: Their products are all made in the U.S.A.

“You know, these are really high-quality products,” Medway said. “They’re made in the United States, they’re going to last forever and it’s something that we believe in tremendously.”

He said his company employs about a dozen workers in the factory and three in the office, producing and selling handmade copper lanterns and other outside lighting fixtures. 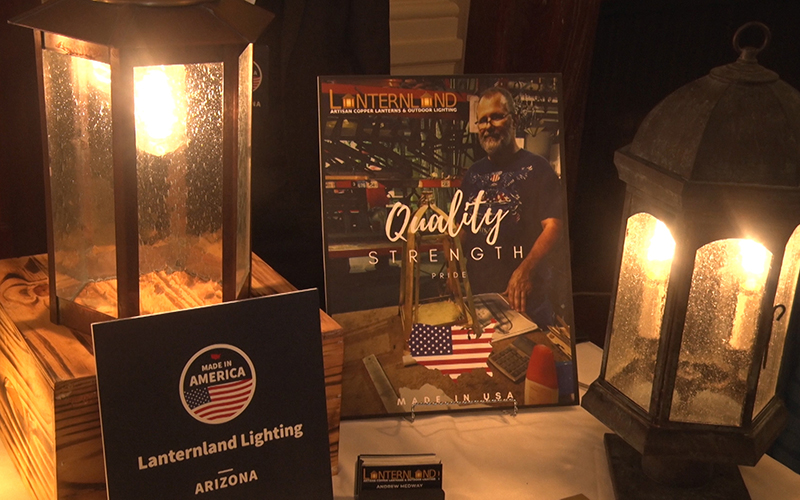 “It’s been a fabulous trip so far,” he said. “Everyone here at the White House has been incredibly nice, very, very gracious, from the security guys to (Vice President) Mike Pence, who came by just a few moments ago.”

President Donald Trump lavished praise on the manufacturers there and promised to bring back jobs to the United States after what he claimed were years of jobs going overseas under the watch of his predecessors.

“Our leaders in Washington did nothing,” Trump said in remarks at the event. “They let our people lose their jobs and gave those jobs to people in faraway lands. That’s not free trade, that’s fool’s trade, that’s stupid trade.”

Trump vowed to protect American workers and industries against what he called “unfair” trade practices and foreign competition, taking particular aim at China and the European Union. He said the Europeans have been “very tough” on the United States.

But Simon Lester, associate director of the Center for Trade Policy Studies at the Cato Institute, warned that Trump’s proposed solution – tariffs – will end up hurting U.S. workers and manufacturers both in the long run.

“Economists who have looked at this generally find that job losses are going to outweigh any job gains,” Lester said. “You can impose tariffs to help an industry, but it’s going to be at the expense of everyone else.”

Lester said that any tariffs against foreign auto makers would hurt consumers here, adding thousands of dollars to the price of a car.

“It could cost anywhere from $1,000 to $7,000 more, I think those are the estimates I’ve seen, to buy a car,” Lester said. “So yes, there are certain car producers that will benefit from the higher prices, but it’s all going to be paid for by somebody else, and that’s us the consumer.”