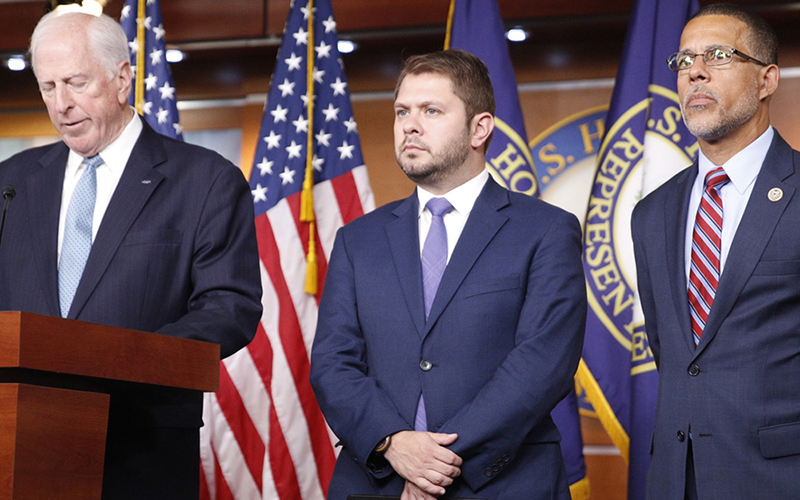 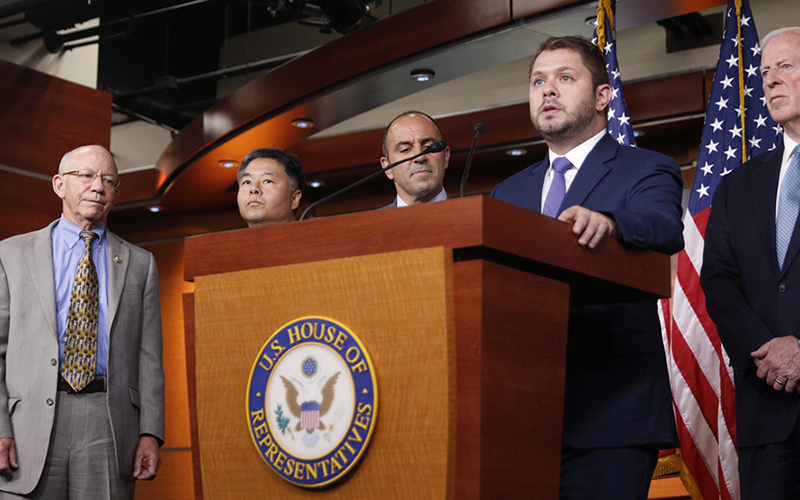 WASHINGTON – A day after President Donald Trump walked back his statements on Russian meddling in U.S. elections, the issue still simmered Wednesday in Washington where some lawmakers said the president cannot make up for his “ridiculous” original statement.

Trump said Monday that he believed Russian President Vladimir Putin’s “extremely strong and powerful denial” of interference in the 2016 election, then said Tuesday that he misspoke, saying “would” when he meant “wouldn’t.”

“The fact that this president believes that by just saying that he missed putting the apostrophe in the right area, that he now somehow fixes this massive problem is not the solution,” said Rep. Ruben Gallego, D-Phoenix, one of six House military veterans criticizing Trump Wednesday.

While even his staunchest supporters were not rushing to defend Trump’s statements at his Helsinki summit with Putin, some were praising the larger summit meeting between the two leaders.

Rep. Andy Biggs, R-Gilbert, said in an editorial published Wednesday in USAToday that critics were basing the success or failure of the summit on “a few sentences in a news conference.”

“The complainers should take a step back and reassess,” Biggs wrote. “The media event may not have been a perfect 10, but it wasn’t a zero either.”

The White House sounded a similar theme Wednesday, with Trump telling reporters that “there’s never been a president as tough on Russia as I have been.” That was echoed later by White House spokeswoman Sarah Huckabee Sanders.

“From the beginning of his administration, President Trump has actually taken action to defend our election system from meddling and interference,” Sanders said, according to a transcript of Wednesday’s press briefing. “The President has been extremely tough on Russia, and to say anything different is just not true.”

Sanders said Trump misspoke Monday but corrected his rhetoric “at the very first chance he had, in a public setting.”

“The president saw a need to clarify the position. He saw how his comments were being interpreted. He looked at the transcript and clarified those comments,” she said.

But Democrats said Trump’s comments weakened U.S. security and belittled our military and intelligence services, problems that can’t be fixed with a statement.

Rep. Mike Thompson, D-California, said at Wednesday’s press conference with Gallego and the other veterans, all Democrats, that the president did “a walk-back yesterday and he did a walk-back from a walk-back today,” calling his correction as “ridiculous as his original statement.”

“By stating that Putin was not responsible for interference in the 2016 election and belittling our intelligence community, this president abandoned the values that we all fought to protect,” Thompson said.

Gallego, who did a tour of duty in Iraq, said it “makes me sick to see this president disregard their service to our nation and our alliances. When President Trump met with Putin, he was playing with service members’ lives.”

Democrats were not the only ones who could not get past Trump’s Monday statement. Sen. Jeff Flake, R-Arizona, repeated his charge Wednesday that Trump’s denial of Russian election meddling was “shameful.”

“I never thought I’d see the day when the president would side with Putin over our own intelligence agencies,” Flake said. “That was not a good day for America.”

Biggs said in his editorial that he does not believe Russia was innocent in the 2016 election, but before people judge the president’s statements at the summit they should “look at the box that Trump was in.”

“The interference happened on the watch of the previous administration, which looked upon our ‘number one geopolitical foe,'” Biggs continued. “The persistent conflation by Democrats of the election investigation and the electoral outcome has confused many Americans.”

But Gallego said it’s not political, it’s about how this administration deals with an adversary. And moving forward, he said, White House actions will speak louder than its words.

“The solution is to have long-term engagement with our NATO allies, treat with them respect that they deserve, continuing to push forward on sanctions on Russia to make sure they stop all of their problematic actions,” Gallego said.

“This is a bad country, this is a bad leader in Putin, and we need to have presidents actually backing it up in words consistently as well as actions,” he said.