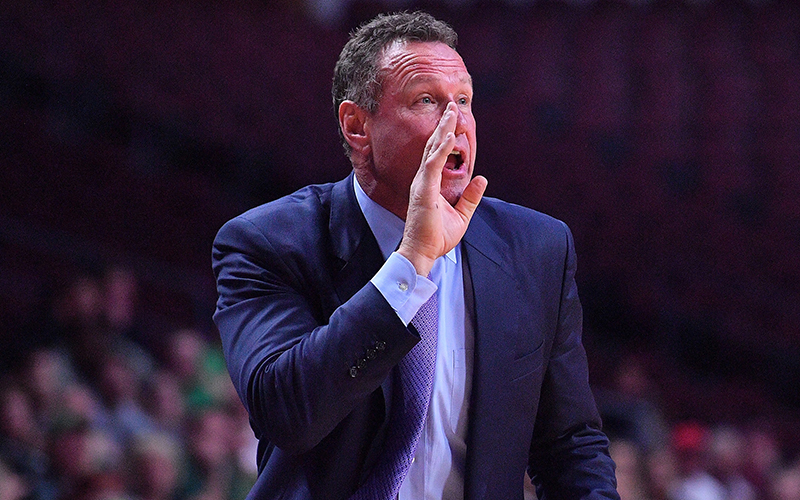 PHOENIX — Facing bankruptcy, $20 million in debt and an enrollment of fewer than 1,000 traditional students, Grand Canyon University took on investors in 2004, making it the nation’s only for-profit university to compete in NCAA Division I athletics.

On Monday, a $875 million sale returned GCU to non-profit status, raising questions about the future of athletic competition between the school and Arizona State.

“The higher education landscape in greater Phoenix continues to evolve with ASU emerging as a major, international research university and Grand Canyon University emerging as a nonprofit Christian college,” ASU President Michael Crow said in a statement. “As each of us evolves, we see opportunities to work together across a spectrum of activities in academics and athletics.”

GCU joined the Western Athletic Conference in 2012. It’s for-profit status was met with criticism, including from Pac-12 university presidents, who wrote a letter to the NCAA questioning whether for-profit schools should be granted membership into Division I.

An ASU statement at the time of GCU’s move to Division I said “our concern is how athletics fit within the academic mission of for-profit universities. For-profit colleges are operated as businesses and are not accountable to their faculty or students” and “we cannot play teams that exist for profit and use their games playing games against to advance their stock prices.”

Although GCU has managed to schedule games against major programs, such as Arizona and Duke in basketball, it has yet to play ASU since its move to Division I. ASU and GCU, however, have competed in club sports.

The move to non-profit status means Grand Canyon will now become a full voting member of the NCAA. Although it was on a probationary period that comes with a move to Division I, GCU has been eligible for all conference and NCAA tournament action since 2017.

GCU’s return to a non-profit university may have cleared up past issues with Arizona State.

Grand Canyon President Brian Mueller and Crow met about a month ago to discuss the conversion and future relationship. Mueller said they left the meeting committed to a “strong, cooperative relationship.”

“There’s a lot of people, a lot of presidents, that want to have strong relationships with Grand Canyon, but they felt, they were queasy about doing that because of our for-profit status,” Mueller said. “Now that’s been removed, so it’s a good thing for them and us.”

GCU does not field a football team but it has found success with many of the 21 teams it does field. The men’s basketball team has never finished below third place in the WAC since its move to Division I, accumulating a 22-12 record this past season. Two baseball players, Jake Wong and Mick Vorhof, were picked in the first 10 rounds of the MLB draft, and the women’s golf team won its first WAC title this past season.

Grand Canyon and ASU are not scheduled to compete in any sport for the upcoming season, but as evident by comments from both presidents, these changes could be coming soon.