PHOENIX – The nearly 250 employees who work at Coreslab Structures in Phoenix could have looked up one June morning to see a yellow flag flying on top of their building. 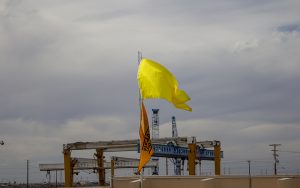 A yellow flag from the ADEQ’s Air Quality Flag Program flies above Coreslab Structures in Phoenix, signifying some pollution issues for the day. (Photo by Jennifer Magana/Cronkite News)

It was a signal to the employees, who often work outside, that the air quality that day was acceptable but possibly concerning to those with chronic health problems.

Coreslab, which produces precast-concrete construction materials in southwest Phoenix and 17 other sites in North America, became the first business in Arizona to join the state’s Air Quality Flag Program. More than 200 schools are part of the program, which is open to everyone.

“To me, it kind of seemed like a no brainer,” said Brandon Dickerson, plant safety coordinator at Coreslab. “Everything we do here in the production yard is completely outside.”

The Arizona Department of Environmental Quality established the Air Quality Flag Program in 2007 to alert the public to high-pollution advisories. Based on the Environmental Protection Agency’s Air Quality Index, there are four colors: red, orange, yellow and green.

“Red, for instance, means we are over a federal health-based standard,” said Timothy Franquist, air-quality director at ADEQ. “Green means that we are in good for the air quality for the day.”

In 2017, Phoenix had 42 days in which ozone levels exceeded the EPA’s recommended limit, which would signal a red or orange flag, according to the ADEQ.

The American Lung Association in April listed the Phoenix area as the eighth-most polluted metro area in the country.

Franquist said certain groups – including people with asthma or other respiratory diseases, children and elderly people – are sensitive to higher ozone levels and particulates.

Individuals who enjoy activities outdoors also are susceptible to the risks of poor air quality.

“We just want to let those community members know what the air quality is like that day so they can take the proper precautions to either limit their exposure or maybe go out at different times of the day,” Franquist said.

Most Arizona participants in the flag program are schools because children tend to be the most sensitive population, Franquist said.

“The real key to this is this is a voluntary program,” Franquist said. “We have over 200 schools, but it’s open to everybody – businesses, government agencies – the more people that participate, the more we can get the message out to the residents of Arizona.”

For more information or to participate, go to the Arizona Department of Environmental Quality’s website. 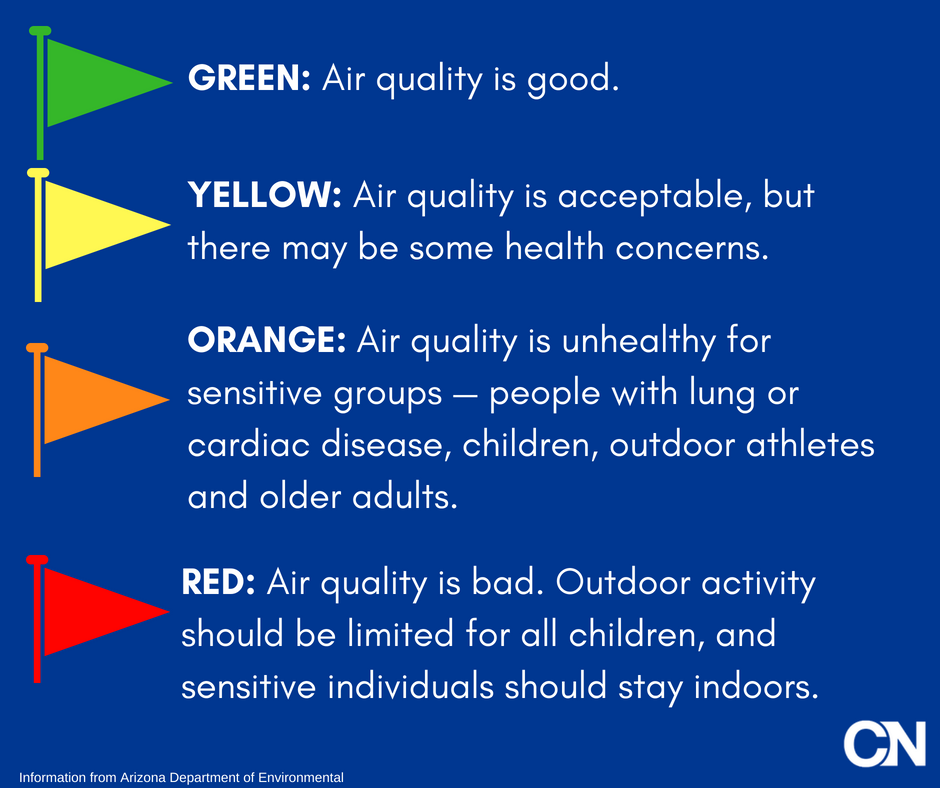