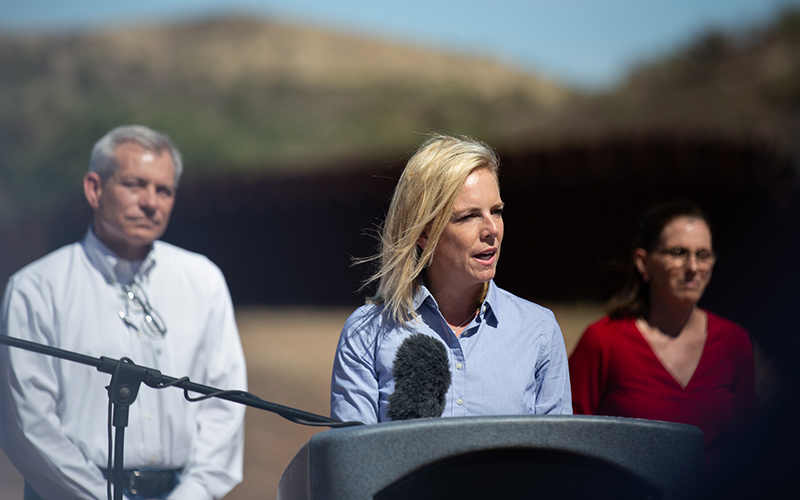 NOGALES – The 1,475 undocumented children reportedly lost in the federal system “are not lost,” Department of Homeland Security Secretary Kirstjen Nielsen told reporters Thursday, “they just don’t want to be found.”

Nielsen visited the border near Nogales to discuss security issues with U.S. Customs and Border Protection, the Arizona National Guard and local ranchers and business leaders. At a news conference later alongside Reps. Martha McSally and David Schweikert, she took questions, including several about the recent controversy involving the “missing” children.

The Department of Homeland Security is under fire by immigration advocates after Attorney General Jeff Sessions announced the Trump administration’s decision to criminally prosecute all people caught crossing the border between ports of entry, including those seeking asylum or those crossing with children. 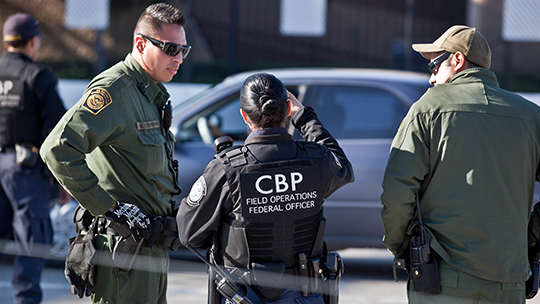 “If you are smuggling a child, then we will prosecute you, and that child will be separated from you as required by law,” Sessions said in early May.

Nielsen was discussing inequities she says exist in immigration law and policies.

“What we want to do is make the law apply equally to all,” she said. “We’re not exempting particular classes. We don’t want the laws to do that either.”

McSally, who represents Arizona’s Congressional District 2 and who hosted Nielsen at the border, argued that the majority of requests for asylum are not credible, which is why the “100 percent prosecution” policy was instituted in the first place.

“What (migrants) have learned is if they just say these words, then they’re immediately allowed to be sort of released into that system and because of the backlog of cases that sometimes is taking years now which is then impacting those who are truly asylum seekers,” she said. 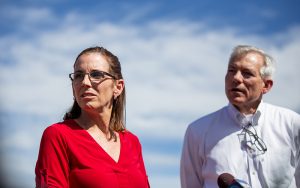 “We are just raising the threshold, not so high that it can’t be achieved, but raising it so it’s just not saying these two words.”

Also Thursday, the Arizona House Democratic Caucus sent a letter to the secretary requesting a reversal of the policy, with a special request to re-evaluate it “particularly for first-time undocumented entries and on credible requests for asylum.”

Rep. Charlene Fernandez, Democratic Whip of the Arizona House of Representatives, who co-authored the letter said, “We know she’s in a tough situation.”

However, she urged Nielsen to request the Arizona Department of Child Safety become involved in this type of policy decision.

Fernandez said the words “asylum seeker” are what make this part of America’s heritage so noble.

“When people present themselves at the border, we help them,” she said.