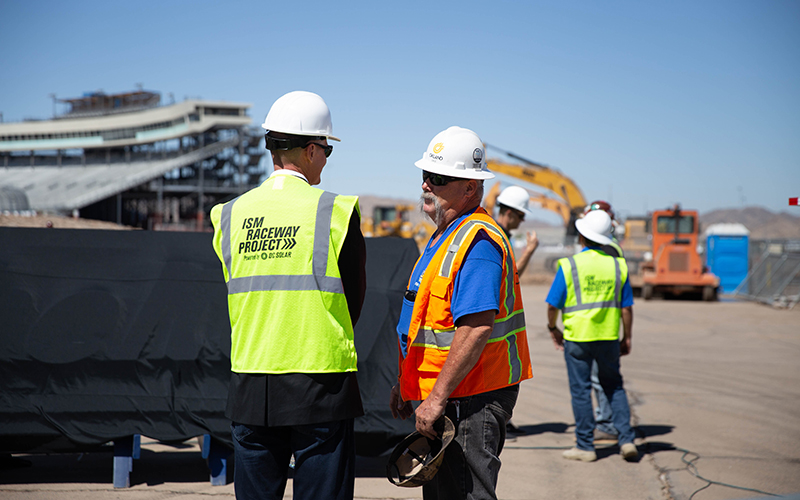 PHOENIX – It took mere seconds for the 130-foot-tall race-control tower to come down at the ISM Raceway, where a nearly two-year renovation of the facility is in full swing.

“When this tower comes down,” said Bryan Sperber, president of ISM Raceway, “it really is the last vestige of the old Phoenix International Raceway,” which was what the track was called until ISM Content bought the naming rights last year.

The renovation is intended to make the raceway competitive with other NASCAR destinations across the nation. The $178 million project started in January 2017 and will be completed by November this year, in time for fall NASCAR races.

The 30-year-old control tower – which track marshals use to monitor racing conditions – was brought down by sawing each of the metal supports anchoring it to the ground. As fireworks exploded for effect at the base of the nine-story-tall tower, NASCAR Vice Chairman Mike Helton pulled it over with a bulldozer.

The raceway will feature a 6,300-square-foot race operations structure, a new start and finish configuration and Wi-Fi throughout the facility. The infield also is being updated to feature more driver interaction opportunities for fans.

“I’ve got goosebumps just thinking about what this facility will look like in November,” Sperber said just before the control tower crashed to the ground in a cloud of dust.