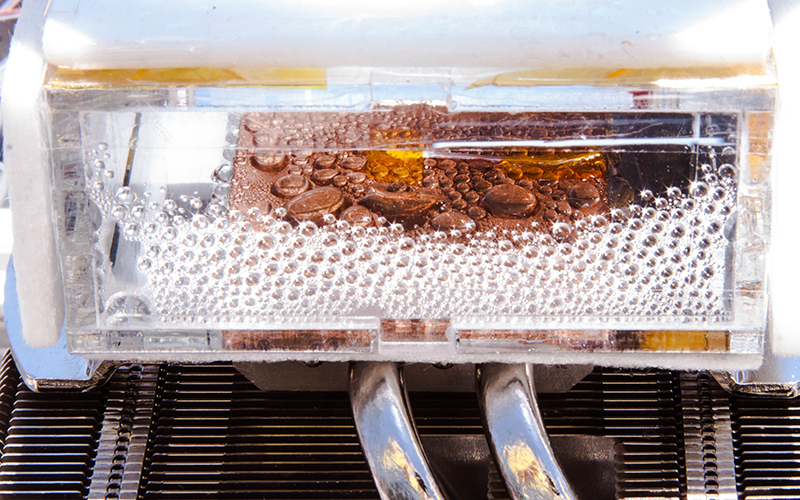 A water device, created by scientists from the Massachusetts Institute of Technology and University of California, Berkeley, extracts water from the desert air in Tempe. (Photo courtesy of MIT)

TEMPE – The desert is the last place most people search for water, but a team of scientists has tested a device in Arizona that extracts water from the desert air.

Scientists from the Massachusetts Institute of Technology and the University of California, Berkeley, have created a solar-powered device that can extract water from the atmosphere at humidity as low as 10 percent. They believe it has the potential to address water scarcity, which is a growing problem around the globe. As many as 2.7 billion people face water scarcity for at least one month during any year, according to the World Wildlife Fund.

“The impact (of the device) will be gigantic because you have to consider that 20 percent of the world’s population live without available water as a resource,” said Eugene Kapustin, a University of California researcher who was part of the project team.

“You also have to consider places like Flint, Michigan, where there is water but it’s contaminated,” he said, “and as we proved in our paper, our produced water doesn’t contain any impurities because it’s essentially distilled water.”

The researchers tested the device on a rooftop at Arizona State University last spring. The team’s findings were published in Nature Communications this March.

The team tested the device in Tempe because the members knew it would give them the dry, desert conditions they needed for the experiment, MIT researcher Sameer Rao said. A desert averages less than 10 inches of a rainfall a year, according to NASA.

Rao said he was relieved and excited when he saw the device work.

Below the spongy metal-organic frameworks is another surface kept the same temperature as the outside air. The frameworks then capture water from the air and release it as liquid water that drips to the bottom of the device, the report said.

The device works because of the difference of temperatures between the upper and lower surfaces.

Rao said the device will be suited for communities that do not have access to large amounts of water or can’t use technologies such as reverse osmosis to clean their water because of the large amounts of energy they need.

“This technology is most suited for addressing local water scarcity,” Rao said. “This could really help individual families.”

Kapustin said the team is working on refining the device to deliver larger amounts of water. He said their goal is to make the device cheaper, more environmentally friendly and more energy efficient.

However, Kapustin said, the device is here and the possibilities for commercialization are also available.