After after being counted, ballots for the Congressional District 8 special election are boxed up and labeled in case a recount is needed. (Photo by Jesse Stawnyczy/Cronkite News) 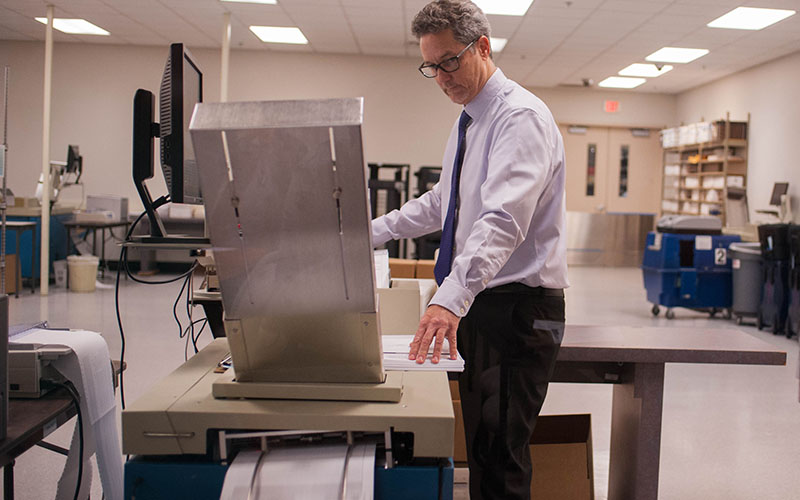 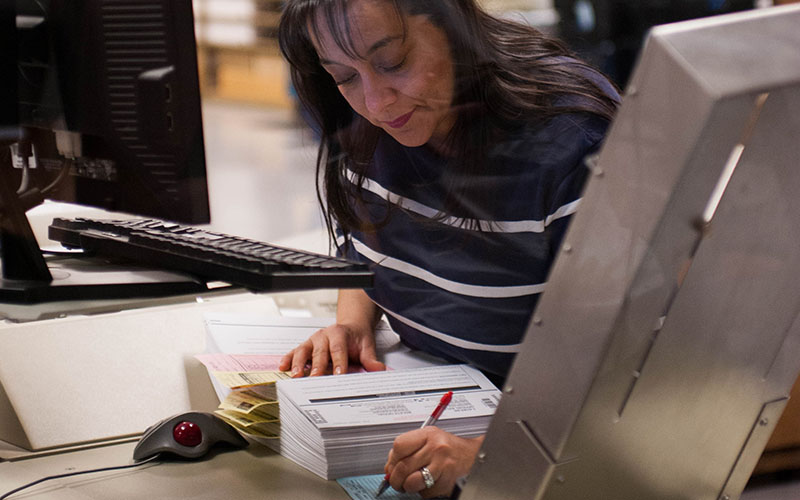 The bulk of the voting occurred before Election Day, with roughly 154,000 early votes filed by Tuesday morning out of the 174,513 ultimately cast. More than 48 percent of the early ballots came from Republicans in the heavily Republican district, according to the Arizona Secretary of State’s office.

Lesko, a veteran state lawmaker, and Tipirneni, an emergency-room doctor in her first bid for office, were running for the House seat vacated after a #MeToo scandal prompted Rep. Trent Franks, R-Glendale, to resign.

Franks, R-Glendale, resigned in December after the House Ethics Committee launched an investigation into accusations he had asked female staffers to be potential birth surrogates. Franks served 14 years in Congress representing the West Valley district.

“I’m just excited that the district has come alive, it’s energized, it feels like it has a chance to really have a voice and representation,” Tipirneni said Tuesday morning after casting her vote. “The district has the ability to make a difference, not just for our own West Valley, but for Arizona and the country because this has been about the issues and I think it has been a very unique race in that way.”

#ThankYou @SpeakerRyan for calling me this morning wishing me a win! #AZ08 #DebbieLeskoForCongress #MAGA #LeadRight