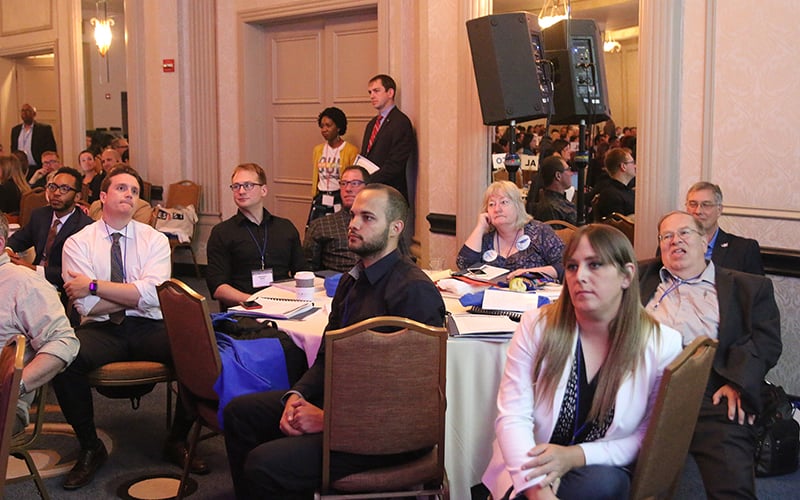 Progressive Democratic candidates from Arizona watch a presentation on developing charisma, part of a day of training by the Progressive Change Campaign Committee. (Photo by Philip Athey/Cronkite News) 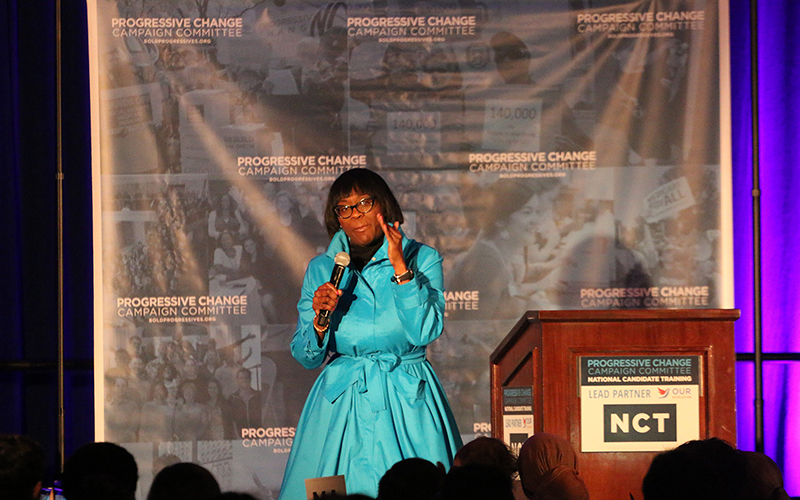 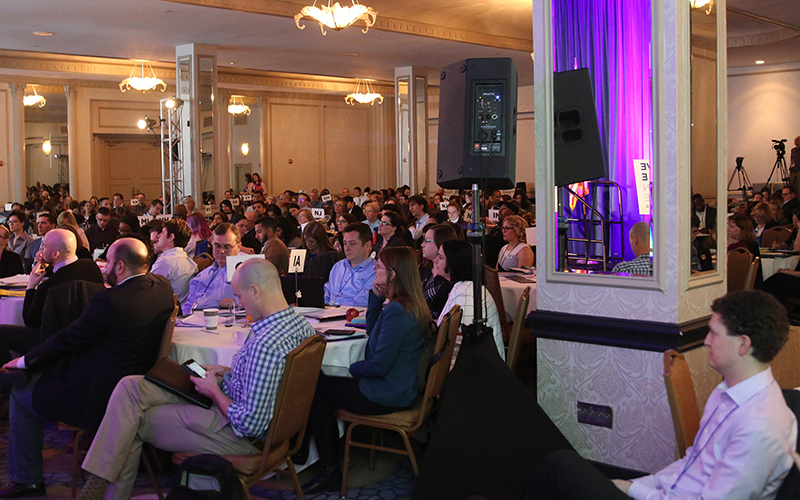 WASHINGTON – Rep. Paul Gosar, D-Prescott, has never won less than 66 percent of the vote in Arizona’s 4th District, but that doesn’t mean potential challenger David Brill plans to back down from his Democratic principles.

Brill was one of more than 400 candidates in Washington for Progressive Change Campaign Committee training on how to sell a progressive message to the voters in conservative districts.

The mantra of the day was “Any blue just won’t do” and the event – which boasted such speakers as Sens. Bernie Sanders, I-Vermont, and Elizabeth Warren, D-Massachusetts – said the path to Democratic victory in conservative districts is to embrace progressive values and positions, not hide from them.

The handful of Arizona Democrats in attendance said they intended to embrace the message, even though for some of them it may not be the Sanders-Warren brand of progressivism.

“I’m not entirely on board with all of the message which is presented by Bernie Sanders and Elizabeth Warren, by any means,” Brill said.

But Brianna Westbrook, a candidate for state Senate District 22, said she “definitely agreed” with the morning’s mantra. 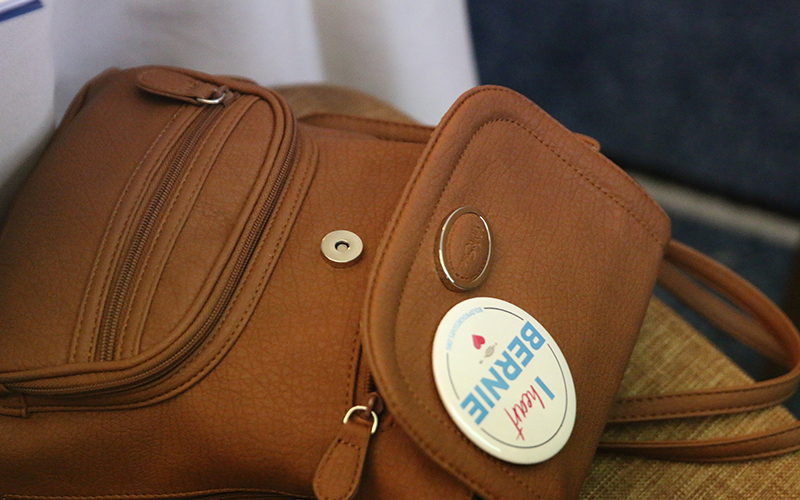 Brianna Westbrook, a Democratic state Senate hopeful in Arizona, makes her position on progressive politics known with a Bernie Sanders button on her purse. (Photo by Philip Athey/Cronkite News)

“We need blue candidates that are standing by their values, standing up for people-issues like Medicare for all, $15 minimum wage, protecting our nation’s immigrants,” she said. “These are things that any blue should do, but any blue doesn’t do.”

The Arizona candidates did agree that Democrats have a good chance of winning back some control in the state, where both chambers of the Legislature and every statewide elected office is held by a Republican.

Mike Noble, chief pollster with OH Predictive Insights, said “currently it’s a great election cycle for the Democrats,” but he warned that “the pendulum swings both ways.”

Noble added that while Democrats may make gains in swing seats, “districts that are traditionally Republican are safe.”

But Joe Bisaccia, a Democrat running for the Arizona House of Representatives 12th District seat, said Republicans are angry, too.

“I’ve talked to lots and lots of … traditionally Republican voters that are fed up with the lip service from the governor and from the legislature, year in and year out of them saying, ‘Trust us, we’re going to fix the problem,'” said Bisaccia, who is also a teacher at Cooley Middle School.

“And every year it’s the same song and dance, and they’re ready to try something different,” he said.

Westbrook believes the Democratic Party’s energy is at the highest level it’s ever been in the state, and she thinks that energy will carry Democrats to victory.

“I absolutely believe that Arizona is on the verge of turning blue,” she said. “We have candidates in every single race, the most that Arizona has ever seen.”

While Brill acknowledged he faces an uphill battle trying to unseat Gosar, he said he has talked to Arizona voters and they are looking for change.

“Gosar is so far to the radical side that he has caused a lot of people here in Arizona … to be pretty upset with him,” Brill said. “We’re talking Republicans, especially Republicans with families who care about the education of their kids, the debt their kids are taking on and working two jobs and not advancing a career.”

But Noble does not think Gosar has any reason to worry about losing his seat in a district where Republicans account for almost 45 percent of registered voters and Democrats just over 19 percent.

“He’s a hard-right guy but in that district, it’s what you need,” Noble said of Gosar.

Bisaccia understands that Arizona will not turn blue overnight but thinks Arizona voters are ready for a change.

“I’m not sitting here saying Democrats are going to clean the board, take both chambers of the Legislature, beat (Gov. Doug) Ducey, win four or five state offices,” Bisaccia said. “A very, very good year in Arizona for Democrats would be to flip one of the chambers in the Legislature and win one or two statewide offices.

“Is that going to turn Arizona into a blue state?” he asked. “No. But I think it’s going to solidify Arizona as one of those future battleground states for the next 10 to 15 years.”