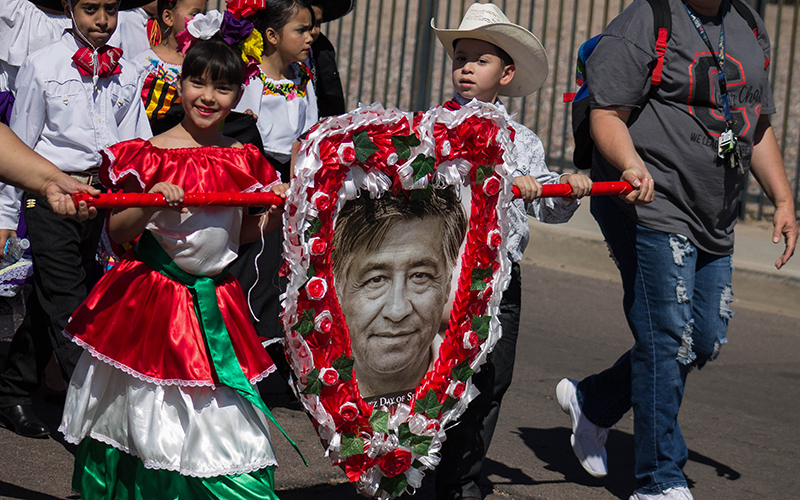 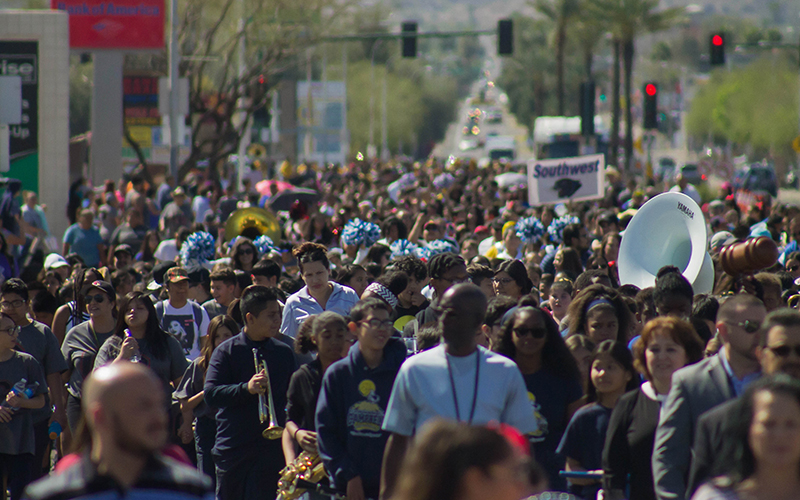 People marched Thursday at Cesar Chavez Leadership Academy in Phoenix to honor the life and legacy of Cesar Chavez, who died in Arizona in 1993. (Photo by Miles Metke/Cronkite News) 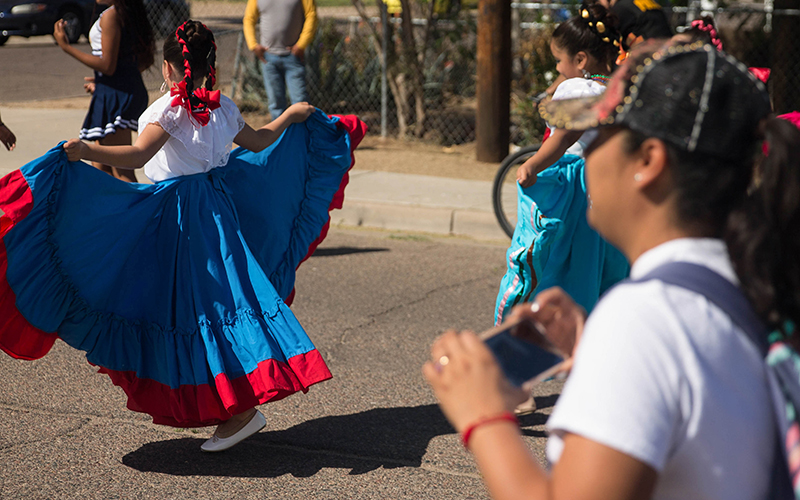 Dancers celebrate the life of activist Cesar Chavez on Thursday. The event was put on by the students of the Cesar Chavez Leadership Academy in Phoenix. (Photo by Miles Metke/Cronkite News) 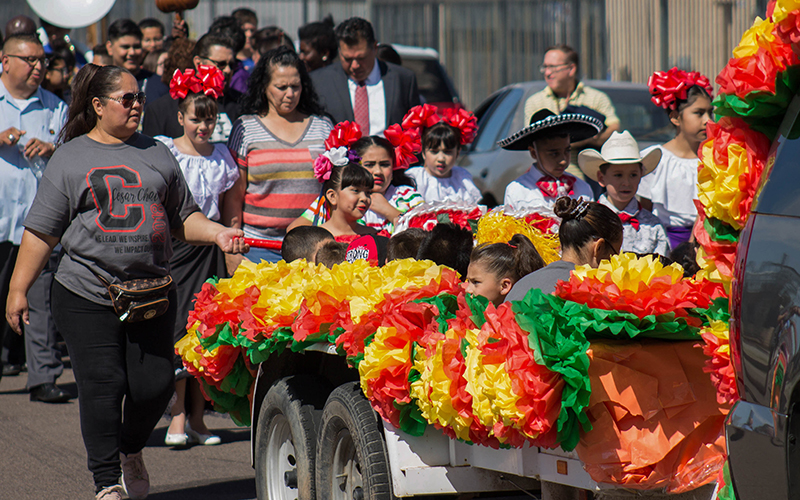 Students at the Cesar Chavez Leadership Academy in Phoenix ride a float during their Cesar Chavez Parade. (Photo by Miles Metke/Cronkite News)

Students, parents, staff members, and community leaders gathered at the academy on Thursday to honor the civil rights activist and labor organizer, but they also expressed outrage over a proposal by a Tea Party congressman to change the name of Cesar Chavez Day to Border Control Day.

In a tweet March 20, Rep. Louie Gohmert, R-Texas, said he has filed a resolution in the U.S. House to change the name because “Chavez spent his life addressing the harmful effects that illegal migration might have on this country and advocating for a legal immigration process.” 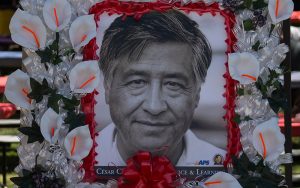 A portrait of Cesar Chavez hangs at the front of the Cesar Chavez Leadership Academy in Phoenix. (Photo by Miles Metke/Cronkite News)

Arizona House Minority Leader Rebecca Rios, D-Phoenix, who was present at the celebration, said Gohmert’s proposal is unnecessary and insulting.

Sofia Miranda, an eighth-grader at the academy, also opposes the name switch.

“I wouldn’t support it because I think that the name he has in mind for Cesar Chavez Day, I think it has a negative connotation to it, because nobody wants to hear about borders,” she said. “It’s not about that. It’s about what he did.”

“It starts off with an assembly that is student-planned, student-run, student-executed, followed by a parade with all of our district schools, invited guests and dignitaries, and we end with a celebration and carnival for the day,” Groeninger said.

Participants paraded around the school for a mile, cheering, chanting and holding up handmade signs that displayed drawings of Chavez and such messages as “Si, se puede!” (Yes, we can!)

Miranda said that, as someone of Mexican heritage, Chavez is particularly important to her. 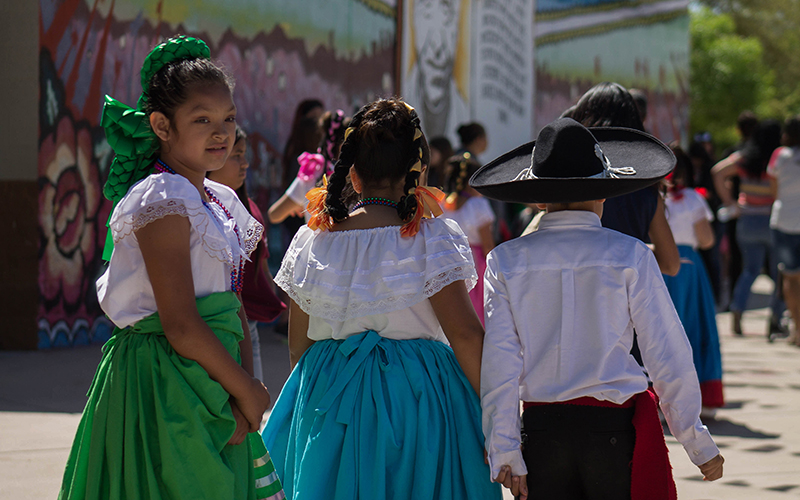 “When I read stories about him and what he did, I think of what he did for the farmworkers. He fought for equality,” she said. “My family never had to work on the fields. But if my family were to, I would’ve wanted someone like him to be their voice, to stand up for them.”

“I think that that would change the meaning behind Cesar Chavez and his work.”

A vote on Gohmert’s resolution has not been scheduled.