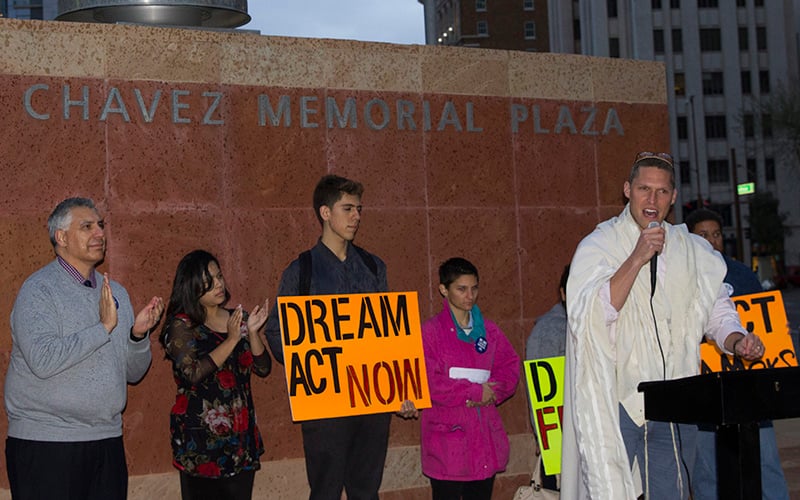 Rabbi Shmuly Yanklowitz addresses the need for a clean DREAM Act to a crowd of local Jewish groups and DACA recipients. (Photo by Andrea Estrada/Cronkite News)

PHOENIX – In spite of the pouring rain, members of the Jewish community and DACA recipients gathered at Cesar Chavez Memorial Plaza in Phoenix on Tuesday, pressing for a clean DREAM Act.

“This is the first step of an ongoing collaboration. Partnerships have to be built, and so this rally is an opportunity for that to start,” Frost said. “This isn’t just a one-time thing. We’re out here for the long haul,” he added.

Frost explained the Jewish community wanted to show its support because they can empathize with the distress DACA recipients are currently under.

The Anti-Defamation League, a Jewish advocacy group against all forms of hate, is doing its part here in the Valley. The ADL’s regional director, Carlos Galindo-Elvira, said they will stand by DACA recipients and settle for nothing less than a clean DREAM Act. 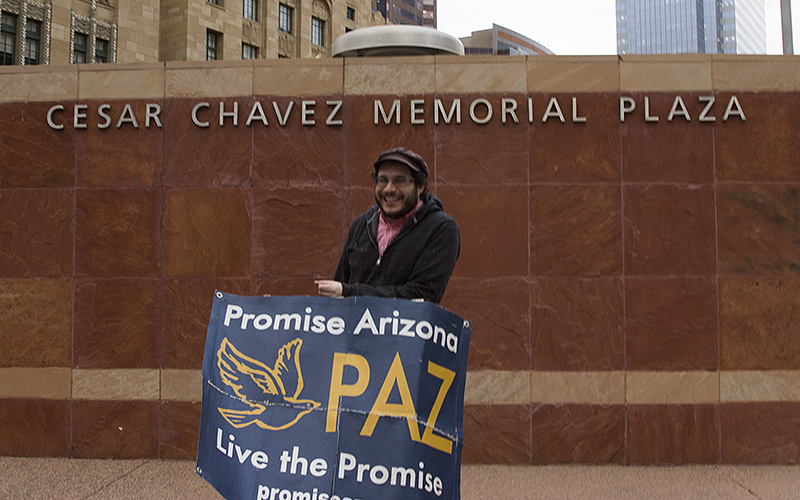 “CLEAN, CLEAN CLEAN,” Galindo-Elvira repeated to the rally attendees. “We’re not going to be bystanders. We will defend DACA. Dreamers are our friends, they are teachers, they are our fellow workers. We must stand up for dreamers and stand up for their dreams of the American dream,” he said.

Rabbi Robert Kravitz, another member of the ADL and also president of the Greater Phoenix Board of Rabbis, said the phrase, “send them back,” – uttered by some who oppose undocumented immigration – was also uttered in the past when the Jewish community was under attack.

“What’s going on today is no different. It’s happening in the United States. People are suffering. Children, mothers, dads, families, grandparents are all being torn apart, and we can’t allow it to happen anymore,” he said.

DACA Recipient Genesis Egurrola is the vice president of the Arizona DREAM Act Coalition. She also said she sees a resemblance in the oppression of the two communities and fears that history will repeat itself.

“Jews were oppressed in the past and currently the people who are being oppressed are, unfortunately, immigrants,” Egurrola said. “We can’t say it’s directly the same thing, but the patterns that we’re seeing are similar. It’s scary,” she said. 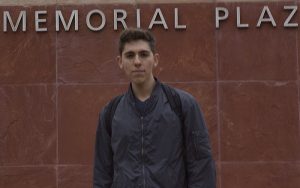 Like other DACA recipients at the rally, Egurrola said she was surprised to be backed by a community that is not her own.

“I was excited and very happy to see the Jewish have our backs and be with us – stand on our side,” she said.

Egurrola, who has been living in the U.S. since 1997, is a freshman at Gateway Community College. She said her ultimate aspiration in life is to become an attorney.

“My long-term goal is to become an attorney. I’ve been dreaming of this since the age of 10,” Egurrola said. “If DACA is taken away from me, I will not have the opportunity to reach my goals.”

Egurrola said becoming active in the DREAMer cause and knowing she is doing something constructive in her community is what keeps her going.

“This is the reality at the moment, but there (are) ways to change history. And that’s what empowers me every single day,” Egurrola said.

“I want to be on the good side of history – the side that did create a change.”