WASHINGTON – It’s been nine months since a gunman shot Matt Mika in the chest and arm during a baseball practice with congressional lawmakers outside of Washington, D.C.

“I look normal, but I look better than I feel,” Mika said. “People that go through something like this, it takes a long time to heal. I’ll probably have six months to another year of (physical therapy) and working out and getting back to where I was.”

But it’s not only the physical injuries that haunt Mika, who had volunteered as a coach for the Republican team the day of the shooting. The emotional trauma has taken its toll as well.

“A baseball field is supposed to be a safe haven for kids and adults and a place to play,” he said. “So the fact that that’s been taken away not only affects all of us that were out there … but anybody who plays baseball.” 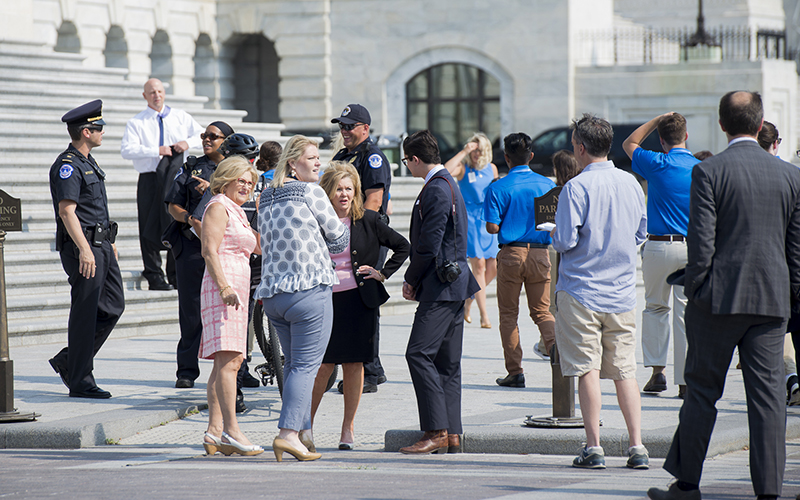 On Wednesday, the students at Marjory Stoneman Douglas High School in Parkland, Florida, returned to class for the first time since a 19-year-old gunman took the lives of 17 people. The school had a “massive” police presence and grief counselors on hand, according to ABC News.

One trauma therapist told USA Today that returning to a scene of a traumatic event might cause more pain, but it could help heal others.

For Mika, healing has taken different forms. He said he has formed a support group with other shooting survivors, including a survivor from the mass shooting in Las Vegas last fall.

“Some of those people are some of my best friends now,” Mika said.

Mika had been on the field with several others, including Arizona Sen. Jeff Flake, during the shooting.

At the time, Flake called it the worst day of his life. Now, the Republican lawmaker says the day reminds him of what he cares about most. 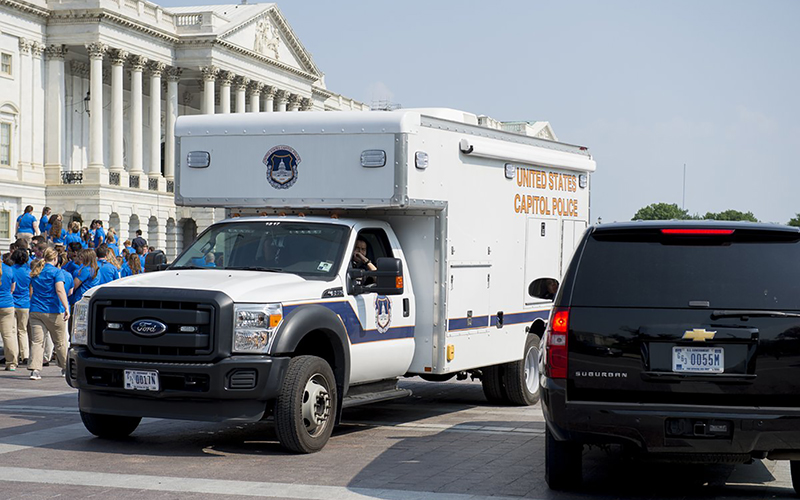 U.S. Capitol Police were in evidence, in force, around the Capitol after lawmakers were shot in Alexandria June 2017. (Photo by Ben Moffat/Cronkite News)

On June 14, 2017, Flake and several other Republican lawmakers gathered at Eugene Simpson Stadium in Alexandria, Virginia, to practice for the annual Congressional Baseball Game against the Democratic team.

About 7 a.m., 66-year-old James Hodgkinson of Illinois walked onto the field and began shooting at the lawmakers. Capitol Hill police officers fired back. Five people were hospitalized.

“We heard a loud bang and then by the second shot, we knew it was a gun,” said Mika, director of government relations for Tyson Foods, Inc. “I was standing next to Ryan Thompson who helped organize the game and the Republican team. … We both looked at each other and we both yelled, ‘gun!’ and everyone started running in different ways.”

Two Capitol Hill police officers, a congressional staffer and Rep. Steve Scalise, R-Louisiana, also were shot. The shooter died from his injuries at the hospital, according to a joint-statement from the FBI and the Alexandria police. 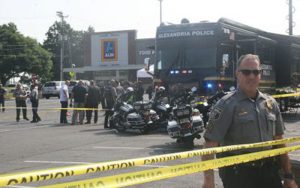 Police secure the area near the baseball field where dozens of Republican members of Congress were fired upon, wounding five people. (Photo by Joe Gilmore/Cronkite News)

“But we immediately showed our resilient we are,” Silberberg said. “We are extremely strong as a city.”

Silberberg also said that despite the tragic nature of the incident, it brought the community together.

“That evening, neighborhoods figured out a way to let the word go forth, that we were going to have candlelight vigils across the city. … We have a tremendous sense of community.”

Flake said he has strived to see the silver lining.