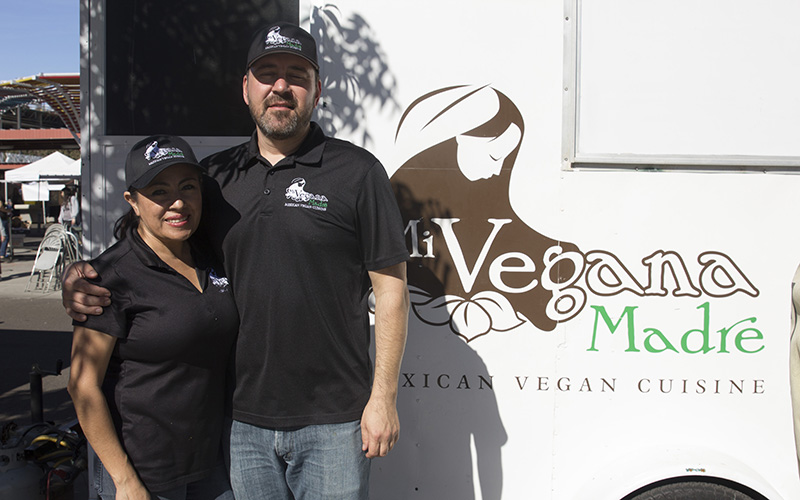 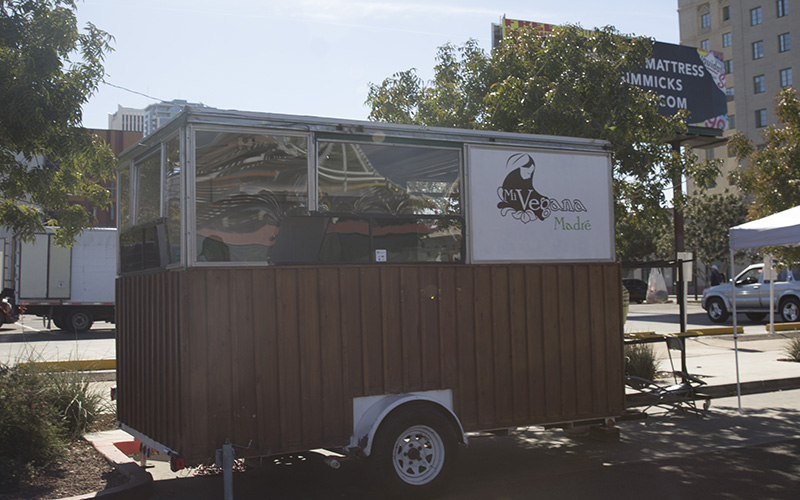 A local vegan couple, however, are working to turn that around.

Jose and Leticia Gamiz converted to veganism 3½ years ago when they became aware of animal cruelty in the food industry.

“We are vegan because we love animals,” Leticia said. “We became aware of the maltreatment animals undergo just so we can consume them. We decided to no longer participate in that cruelty.”

Her husband, who was born in California, said he never really cared about animals because growing up his family didn’t see animals as equals. 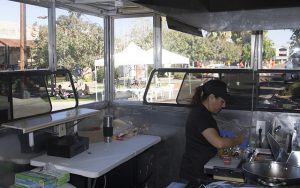 That changed, however, when Jose found a German shepherd and took it home.

“I didn’t love animals, but with this dog, one day he looked into my eyes, and I realized this is a living, breathing, feeling being just like I am,” Jose said. “He has feelings. He’s happy, he yearns for love; I realized that we were equal.”

The love he had for his dog sparked a need for change.

“I loved this animal, and once I loved him, then I was like, ‘Well, what about cows and pigs, and what about chickens?’ From there it just kind of snowballed into me really changing my lifestyle to where my food choices didn’t cause suffering to other living beings,” he said.

Leticia, who is from Veracruz, Mexico, said when she and her husband couldn’t find a vegan restaurant that served their favorite Mexican dishes, they began to improvise with meals at home.

“We substituted meat and dairy products with alternative ingredients and realized it was delicious, and there wasn’t much of a difference in the taste,” Leticia said.

That idea inspired the Gamizes to hit the road with their food truck, Mi Vegana Madre.

“‘If you wouldn’t of told us there was no meat in this, I would’ve never known,’ they tell us,” Leticia said.

It’s a common misconception that meat is the centerpiece in Mexican cuisine, she said.

“In the Mexican culture, the food’s base is not meat but rather corn, beans, chilis, vegetables, plants,” she said. “The idea that Mexican food has to contain meat is false.”

Jose noted that meat, now a staple in Mexican cuisine, once was a luxury. His vegan cuisine reflects the cuisine’s true foundation, he said. 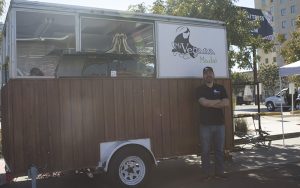 “Anything that people can make ‘regular’ we can make vegan,” Jose Gamiz says. (Photo by Andrea Estrada/Cronkite News)

“To me, (it) really tunes (into) what matters in Mexican cuisine, which are the plants.”

Jose and Leticia said many people are skeptical about vegan food because they’re afraid to taste different things and are under the impression there aren’t many options other than salads.

“Anything that people can make ‘regular’ we can make vegan,” Jose said. “It’s just a matter of getting creative and finding the right substitute.”

Mexican dishes the couple have gotten creative with include breakfast burritos, which contain tofu scrambled with onion, tomatoes, cilantro and pan-roasted potatoes, and their Taco Xiqueño, which is a hibiscus flower cooked in sweet mole.

“We invite those who think Mexican food has to contain meat to try our vegan dishes,” Leticia said.

Find out where Mi Vegana Madre will be serving next at Instagram.