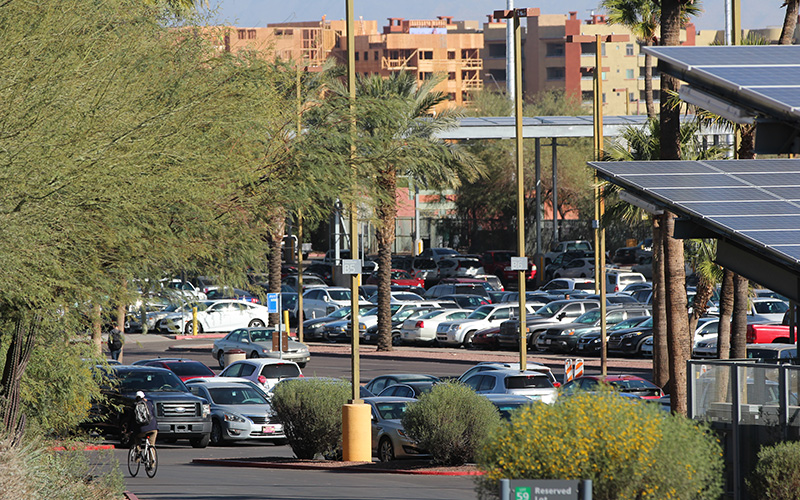 The Arizona State men’s hockey team could be moving into a brand new indoor sports complex at this spot adjacent to Wells Fargo Arena. All it needs is approval in February from the Arizona Board of Regents. (Photo by Tyler Strachan/Cronkite News) 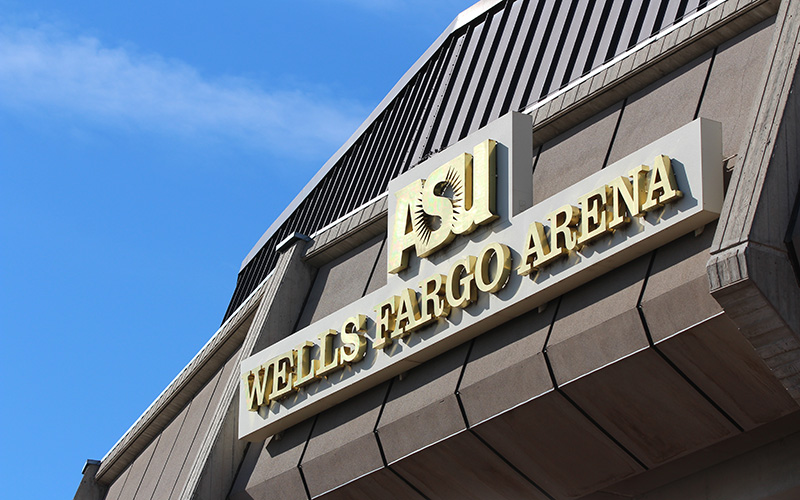 Wells Fargo Arena and the area surrounding it is set to undergo a $160 million renovation, with construction likely starting next year. (Photo by Tyler Strachan/Cronkite News)

TEMPE – Major renovations are in the works for Wells Fargo Arena, as well as the creation of an adjacent facility to house several sports, including ice hockey.

The project is part of Arizona State’s $590 million capital development plan, with a price tag of roughly $160 million.

Members of the Arizona Board of Regents Business and Finance Committee met Thursday. Their support means the plan goes to the full board for approval in February.

“These large project are very complex and they take years, not weeks to do,” said Morgan Olsen, executive vice president, treasurer and CFO of ASU. “Specifically for the project that will renovate the current basketball arena and add a roughly 5,000-seat venue to support men’s ice hockey, women’s gymnastics and wrestling. We’ve been working on this particular plan for over a year.”

Wells Fargo Arena is home to several of the university’s sports programs. The arena hasn’t seen any large-scale renovations in the 40 years since it was built.

Rob Evans, who coached the ASU men’s basketball program from 1998-2006, was an advocate for these renovations during his tenure.

“I would say it’s about time,” Evans said. “Wells Fargo needed many renovations when I was there, such as lower interior seating, postgame media rooms and modern player locker rooms. I reached out to influential boosters to modernize the players locker rooms and they donated funds. These are just a few of the much-needed renovations that were needed.”

Some of the key renovations for the arena include reconstruction of the lower bowl to allow more seating toward the center of the arena. Pathways will be redesigned to make them wider, and restrooms will be enhanced.

A section for premium season-ticket holders will be added, and the arena will be receiving new cutting-edge technology to be used for games and inside the locker rooms.

The adjacent multi-purpose arena, which is also included in the $160 million budget, will be open for the public to use as well. The community will be able to use the ice for youth and adult club hockey practices, as well as other hockey events.

The location for these arenas is part of ASU’s Novus Innovation Corridor, where the university wants to establish a work, live and play ambiance for the community.

“This venue should be next to a hotel, apartments, restaurants and this should be a fantastic location both for the student-athletes and the people that come to watch them,” Olsen said.

Many believe the renovation for Wells Fargo Arena is long overdue as it tries to keep up with other Pac-12 venues.