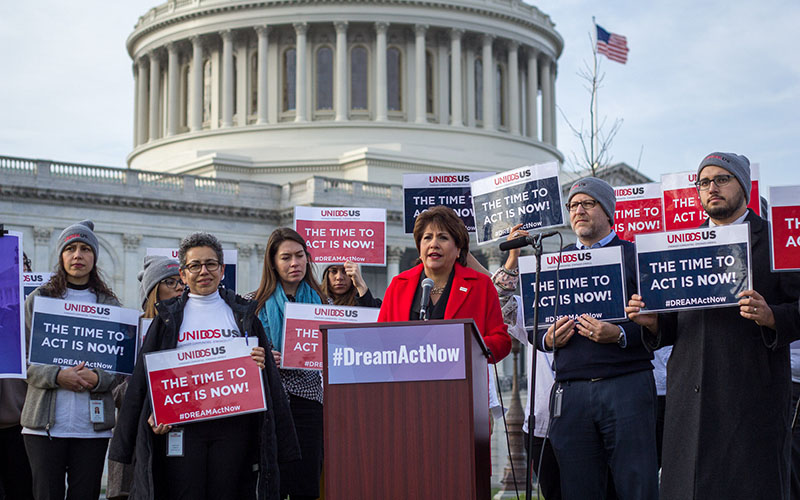 Janet Murguia, president of UnidosUS, at a Capitol news conference fighting for a permanent DACA solution. She said the need is still pressing. (Photo by Adrienne St. Clair/Cronkite News) 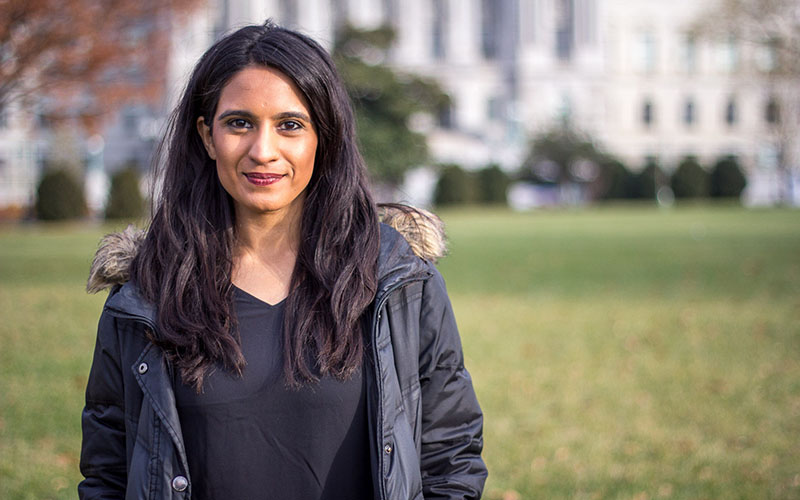 Leezia Dhalla, a DACA recipient who came to the U.S. from Canada when she was 6 years old, said she is American in every way except on paper. (Photo by Adrienne St. Clair/Cronkite News) 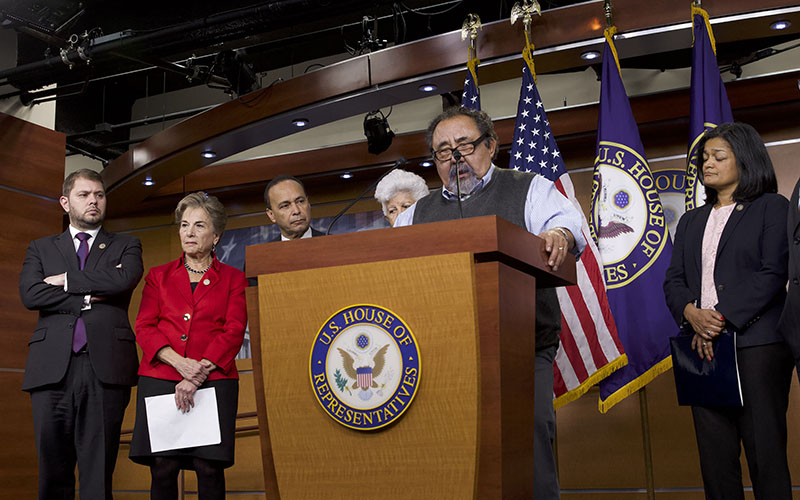 Rep. Raul Grijalva, D-Tucson, flanked by other House Democrats at a November news conference where they renewed their call for a vote on a “clean” DREAM Act by the end of the year. (Photo by Andrew Nicla/Cronkite News)

In September, we began a countdown to Dec. 8, the day some Democratic lawmakers hoped would let them force a vote on the Dream Act by threatening to scuttle the budget that expired that day, potentially shutting the government down.

Dec. 8 has come and gone. The budget has passed and the government is open, for now. And Congress is no closer to passing legislation to protect recipients of Deferred Action for Childhood Arrivals than they were three months ago.

Our theme song is “Zoo Bells,” and we also heard “Forgiveness,” both by Roddy Nikpour.

In this sixth and final episode of our In Focus DACA Special Report, we take a look back at what happened and what might be next.

Members of both parties say they want some kind of solution for DACA recipients, those immigrants brought here illegally as children, who may know no other country. DACA, which temporarily protected them from deportation, is set to expire March 5. But the two sides differ on how to achieve that goal – and when.

Democratic lawmakers still want a vote on a “clean” Dream Act by the end of the year, and note that the latest budget extension is only good until Dec. 22. Republican leaders say DACA is still a priority, but that Congress has until March to find a solution and that it should be dealt with separately from the budget and other issues.

For some DACA recipients, meanwhile, their time is already up. Their coverage has run out, or will soon. And while their time is up, the clock has started again on a new Deadline DACA.