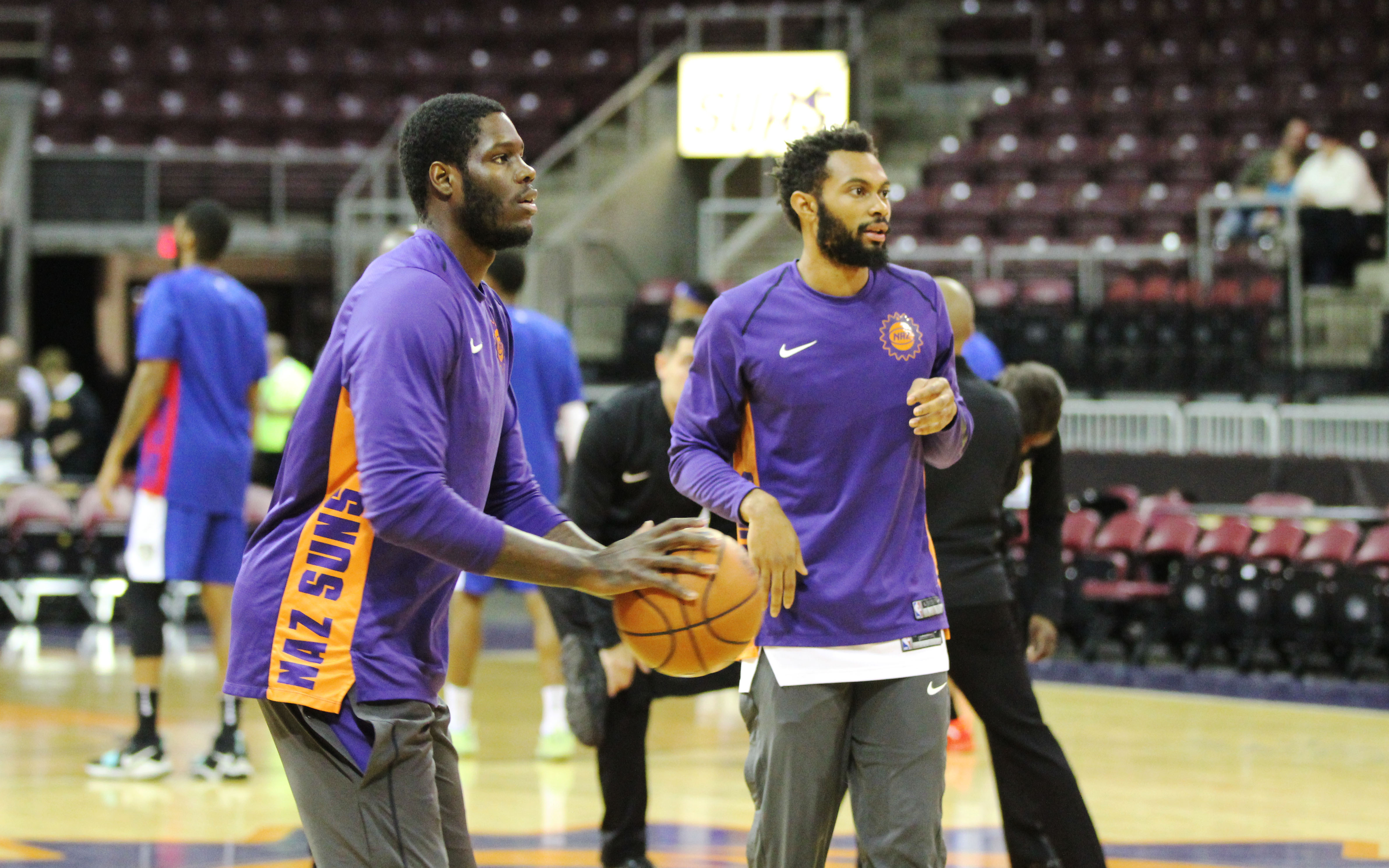 PRESCOTT VALLEY — For Anthony Bennett, a career beyond the basketball court is hard to imagine.

The first overall pick in the 2013 NBA Draft, now a power forward for the Northern Arizona Suns, can’t help but shake his head and snicker when asked about his plans after he hangs up his jersey.

“I have no idea. I’m still thinking,” Bennett said.

Even for players like Bennett, who earned millions in the NBA playing for Cleveland, Minnesota, Toronto and Brooklyn before coming to the Northern Arizona Suns, what happens beyond basketball matters.

The NBA’s developmental league, known as the NBA Gatorade League, is committed to preparing athletes for a post-playing career. With the league’s recent announcement of the NBA G League Education Program, it is bringing that goal to fruition.

The program is in partnership with Arizona State and Game Plan, a software company tailored for student-athlete development. The education program comes during a year filled with transition for the league.

Earlier this year, the league underwent a makeover, changing its name from the NBA Developmental League, or D-League for short, and announcing its partnership with Gatorade.

Now in its inaugural season of this partnership, the league is devoted to developing players not only on the court but off it.

“Basketball is not going to be around forever,” Bennett said. “We’re only in this for a part of our life. After that, we need to make sure everything is set. Taking these online courses, finishing school and getting your degree is definitely a step in the right direction, especially if you want to pursue a major career in the end.”

Northern Arizona Suns President Chris Presson sees this program as “necessary,” and believes players are always looking at opportunities for the future.

“I think that’s where the G League and the NBA as a whole does a really good job of planning for the future, helping players understand that it can’t last forever and helping some players understand that there may not be opportunity to make that big contract you’re hoping for,” Presson said. “So I think this lends itself nicely to what they can currently do as a player and what they can do after as well.”

This education program is meticulously built around a professional athlete’s lifestyle. A key component is that it’s offered online, which makes ASU an ideal fit. With over 38,000 students already enrolled in the university’s online courses, the university is familiar with making it possible for students to succeed from a distance.

Jeff Angle, the chief marketing officer for EdPlus at ASU, said it was a “competitive bid” and ASU beat out several universities to become the official partner of the G League.

“It’s the credibility we bring in the online space. What we’ve done, how we’ve performed and the graduation rates,” Angle said.

Suns shooting guard Xavier Silas believes the benefit of these courses online is an unparalleled advantage for players who are constantly traveling.

Although ASU and Game Plan entered this partnership with the NBA independently, the software company and the university are not strangers. Before ASU’s partnership with the G League, the athletic department at ASU already had been utilizing a combination of Game Plan’s E-learning courses and assessment instruments which are uniquely designed for a student-athlete.

Game Plan reach goes far beyond ASU. The company is well-established throughout collegiate athletics and is looking to expand its presence into the professional ranks.

“We’re installed in over 50 athletic departments around the country,” Game Plan owner Vin McCaffrey said. “This is really our first big push into working with professional athletes this year, working with both Major League Baseball and the NBA, and there’s a lot of similarities. When you look at the demographic of the G League, they’re pretty young. These are very young individuals that a vast majority will not have college degrees for example. We know that wheelhouse pretty well.”

Game Plan, ASU and the G League are also giving athletes who have already obtained an undergraduate degree the opportunity to utilize ASU Online’s masters programs.

Silas earned his degree in rhetoric communication at Northern Illinois and actively uses that degree in his career off the court.

“I actually started a business, and that really helped me with advertising and marketing,” Silas said. “We covered all that stuff. Now I have a business and I use a lot of the stuff I learned in school with that.”

Silas is the owner of Give Sports, which, according to its website, is “an intensive skill training program inspired by professional and college athletes for boys and girls.” The company donates up to 20 percent of the proceeds to charities across many different communities.

Whether a player is uncertain of their career direction after basketball, like Bennett, or already has an established career beyond the game, such as Silas, the G League’s Education Program hopes to benefit all its athletes.