PHOENIX – Agents have seized 140 pounds of fentanyl at Arizona’s ports of entry in 2017, a 600 percent increase from 2016, according to a report from United States Customs and Border Protection.

The report stated 140 pounds is enough to kill 21 million people. 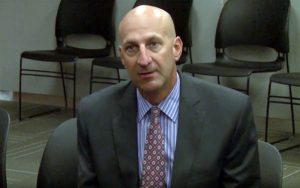 Shannon Scheel, Director for Drug Prevention and Education for the Maricopa County Sheriff’s Office, said one of the biggest components of the increase is because Fentanyl can simply be purchased from the black market on the internet.

“All of these items are manufactured – that’s why they’re called synthetic opioids,” Scheel said. “They’re not grown from a heroine plant or opium poppies these are synthetic and manufactured. So, it can be easily obtained.”

Beth Brady, Crime Lab Director for the Department of Public Safety, said another contribution to the increase of illegal fentanyl is the low price. 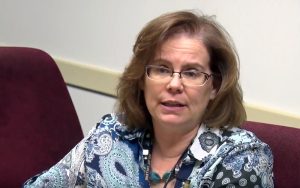 “People have switched to heroin, which is cheaper,” Brady said. “So now we’re just seeing the next step in that process, now people unknowingly are being given fentanyl mixed in with heroin.”

Scheel said the reason they lace heroin with fentanyl is to increase the high of the person taking the drug, but the smallest amount of fentanyl can be deadly.

“It takes an amount of just a couple grains of salt to be potentially catastrophic for somebody,” Brady said.

Fentanyl is sold in pharmacies in the form of a patch, spray or injection, and is prescribed to people with large amounts of pain like cancer patients.

It’s in a much lower dose, and is slowly released into the patient’s system throughout a 72-hour period.