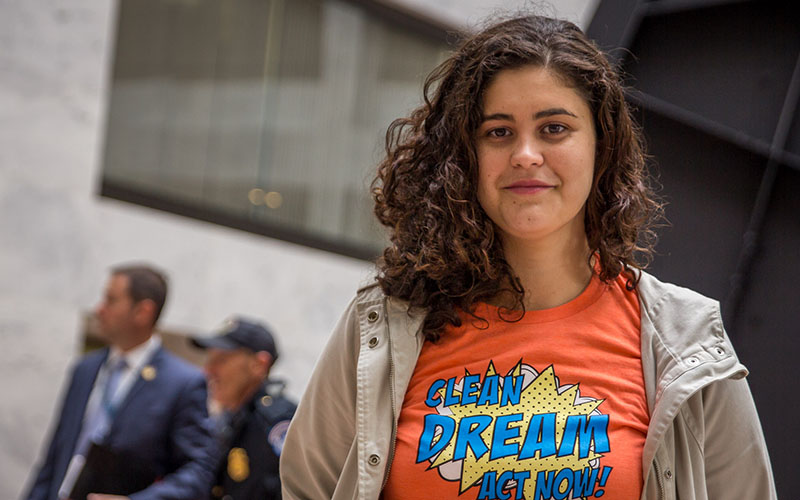 Bruna Bouhid, a DACA recipient originally from Brazil, helped organize a rally in Washington that drew more than 1,000 to a raucous protest in the Hart Senate Office Building. (Photo by Adrienne St. Clair/Cronkite News)

Protesters on Capitol Hill demanded a vote on a “clean” DREAM Act – a bill to put many protections of DACA into law, without any other language on immigration or border security. (Photo by Andrew Nicla/Cronkite News) 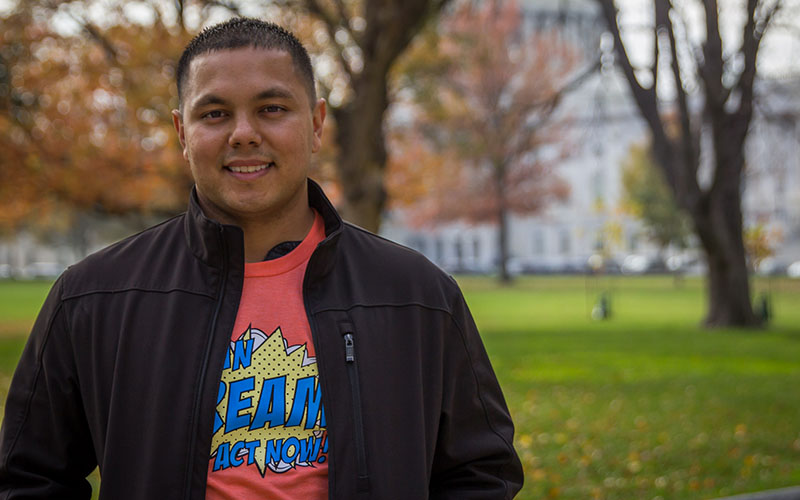 Orlando Manzo is a native of Mexico – like the majority of those under the Deferred Action for Childhood Arrivals program. The Arizona State University student said he has been in DACA since day one. (Photo by Adrienne St. Clair/Cronkite News) 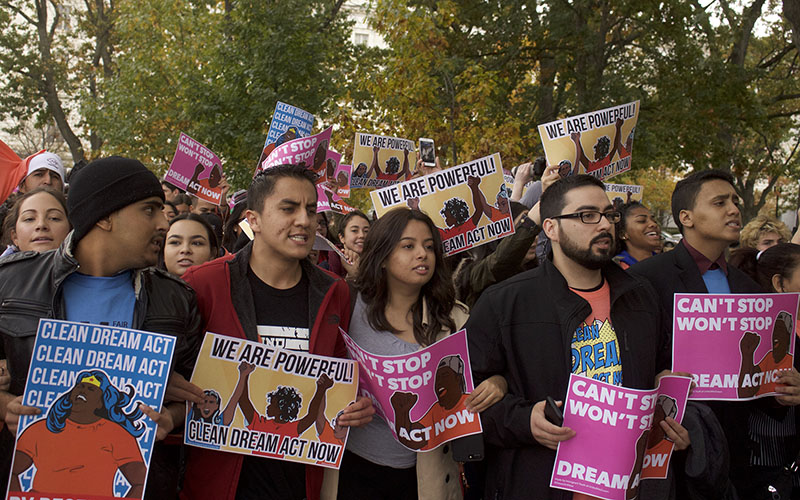 More than 1,000 DACA recipients rallied on Capitol Hill to support the DREAM Act, which would protect the 800,000 DACA recipients. While most are Mexicans, one in five is from another country. (Photo by Andrew Nicla/Cronkite News) 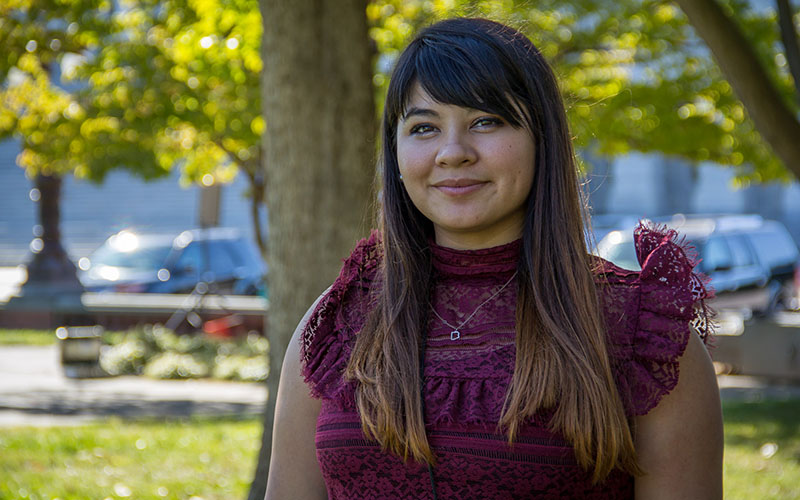 Reyna Montoya, a DACA recipient, works with an advocacy group in Phoenix and she said worked with a Polish woman who was protected by DACA. (Photo by Adrienne St. Clair/Cronkite News) 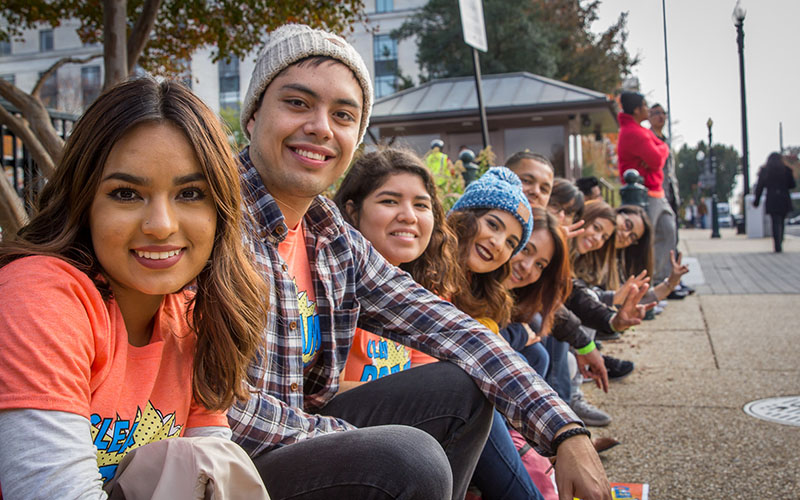 Jocelyn Lopez, left, sits with a group of Arizona State University students who are also DACA recipients after a rally in support of the program on Capitol Hill. (Photo by Adrienne St. Clair/Cronkite News)

They are the minority of the minorities, the recipients of Deferred Action for Childhood Arrivals who come from countries you may not immediately associate with DACA. In this fourth episode of our In Focus DACA Special Report, we talk with the young immigrants from countries other than Mexico – who account for one in five of the 800,000 DACA recipients in the U.S.

Our theme song is “Zoo Bells” and we also heard “A Week to Change,” both by Roddy Nikpour.

The plan to do away with DACA, a program that delays deportation for young people who were brought to this country illegally when they were just children, is often framed as a Mexican issue. And rightly so: They make up 79 percent of those covered by DACA, according to statistics from the U.S. Citizenship and Immigration Services.

But that leaves roughly 200,000 people who include the Brazilian we talked to who came here at age 9 and has enlisted in the Army, and the Chinese woman who applauded Mexican DACA recipients for being at the forefront of the fight to preserve the program. They come from close to 200 countries, representing all corners of the globe.

None of the people we talked to said they felt overshadowed by the preponderance of Mexicans in their ranks, saying all DACA recipients are in the same boat. And like those from Mexico, the recipients who were brought here from other countries share the same fear – that if Congress does not act before March 5, the deadline set by the White House, they could lose their protection and be vulnerable to deportation to a country they may not have known.

While some in Congress demand a vote on a “clean” Dream Act, and others call for compromise legislation, DACA recipients – from many countries – continue to advocate for a solution.

Meanwhile, the clock is still ticking on DACA.