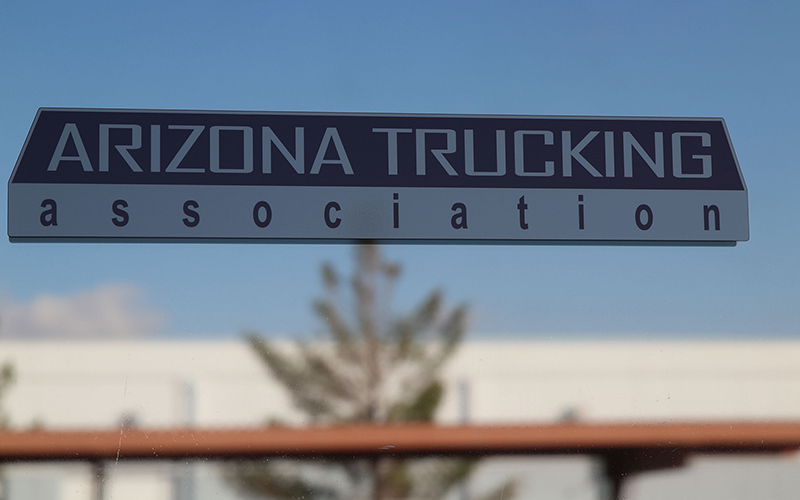 TOLLESON – Officials with the Arizona Trucking Association said they have been urging their members to keep their eyes open for suspicious activity on the road.

Some terror groups have encouraged followers to use vehicles as weapons, and there have been at least a dozen such deadly attacks around the world since 2006, according to information from CNN.

On Oct. 31, a man suspected of terrorism drove a Home Depot truck into a bike lane in New York City, killing eight people.

During a news conference, Acting U.S. Attorney for the Southern District of New York Joon H. Kim said they found “thousands of ISIS-related images and about 90 videos” in suspect Sayfullo Saipo’s belongings, which included Islamic State fighters killing prisoners and running over them with a tank.

“The way we look at it is there’s three million truck drivers on the road. Law enforcement can’t be every place at every time,” ATA President and CEO Tony Bradley said. “So that’s why we want to encourage our employees, that if they see something, say something.”

The association provides its members information from a Transportation and Security Administration memo on how to spot potential terrorists.

Bradley said his nonprofit trade association does not directly train people, but it provides its 330 member companies the information, and those companies pass it on to their employees.

The companies started the terrorist training after the attacks on 9/11. The association encourages them to report any suspicious activity.

“You’d be much better off to report something suspicious to law enforcement and have nothing happen than to not report it and have something happen,” Bradley said.

Bradley explained that suspicious behavior can include customers paying with large sums of cash and using gift cards that can’t be traced or someone acting extremely nervous. 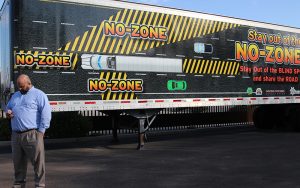 “You’d be much better off to report something suspicious to law enforcement and have nothing happen than to not report it and have something happen,” Arizona Trucking Association President and CEO Tony Bradley said. (Photo by Paola Garcia/Cronkite News)

“Don’t put your head in the sand,” Bradley said

“What’s important, especially in these times we live in, is that everybody participates,” Bradley said. “Be part of the solution.”

Other agencies, such as the Arizona Department of Public Safety and the Arizona Governor’s Office of Highway Safety, work with the ATA to improve safety measures.

Alberto Gutier, director of the Arizona Governor’s Office of Highway Safety and former New Yorker, said New York officials did a good job changing their roads to make them safer for pedestrians.

The bike riding lanes were made to physically protect bike riders with a clear separation between the bike and car lanes, but that didn’t stop the Oct. 31 attack.

“It was a horrendous thing. It broke my heart,” Gutier said.