Bats doing well in Arizona, despite being battered elsewhere 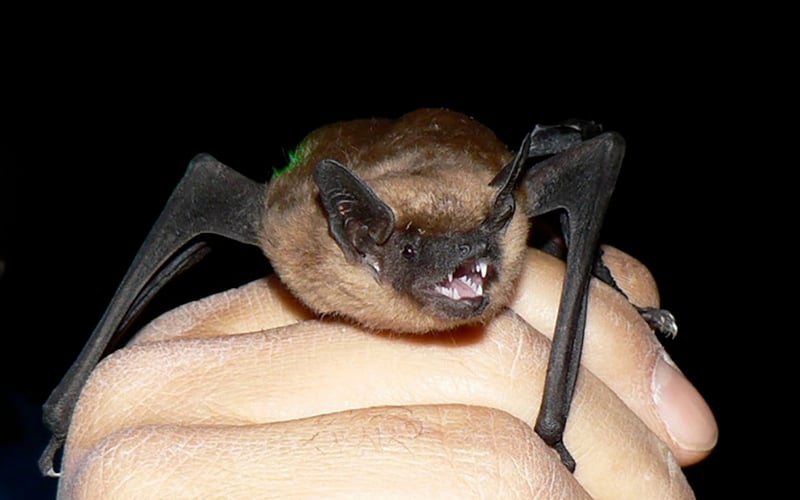 A big brown bat, common throughout North America. More than half the country has been hit by white-nose syndrome, a disease that infects bats during hibernation. (Photo by Jennifer Krauel/Creative Commons) 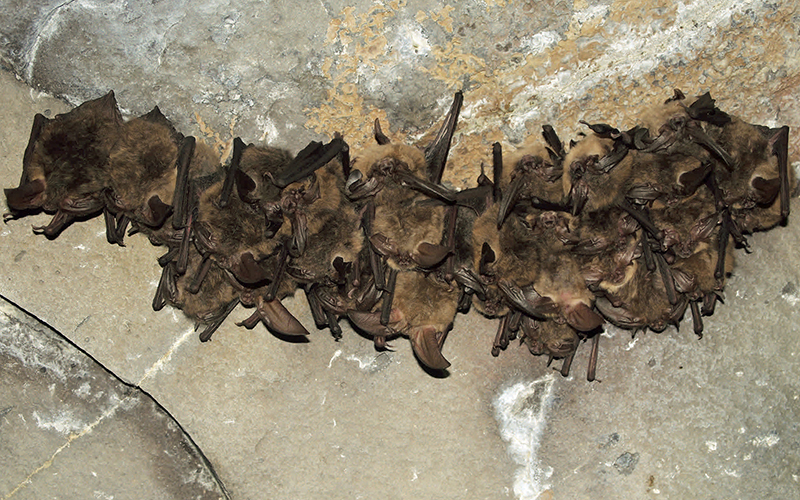 The state’s climate appears to have helped hold off, for now, a disease that has afflicted bats during hibernation in at least half of the country.

Experts say Arizona, with its shorter winters and more dispersed bat populations, could act as a barrier against white-nose syndrome, which is most often contracted during the winter, when bats hibernate in moist caves and spread the fungus. The disease causes bats to use up their fat reserves too quickly, forcing them out of hibernation in frigid weather when there may be no food available.

“In the East, bats have to hibernate in large colonies,” said Angie McIntire, the bat management coordinator for the Arizona Game and Fish Department. “Arizona is more dispersed.”

She said the 28 species of bats in Arizona are better off than those in other parts of North America.

But others believe it is only a matter of time before the fungus that causes white-nose syndrome reaches Arizona, climate or no.

Philip Garofalo, from the Organization for Bat Conservation, said the fungus “is on Arizona’s doorstep, and spreading fast.” The disease has been found as far west as Texas.

That threat is worrisome, McIntire said, because of the role bats play.

“They are important for pollinating plants like the agave and saguaro,” she said of pollinating bats. “And the remaining are insectivores and are considered the primary predators for tons of moths and insect pests which is important for agriculture.”

One of those roles is in the pollination of agave plants, the main ingredient in tequila.

David Suro, the president of the Tequila Interchange Project, said he is not yet worried about white-nose syndrome, which “really isn’t being detected in these habitats. It is more in the northern parts of the region.”

But if the disease does make its way to the Southwest, Suro says it could be “catastrophic.”

While not worried about the disease yet, Suro is concerned about modern agave cultivation methods that stops the flowering process – and without flowers “you are taking away the bats main food source.”

“These bats have been migrating for millions of years, and now when they come there is little or no food,” he said.

Mollie Matteson, a senior scientist with the Tucson-based Center for Biological Diversity, said human-induced changes to the environment can be as big a threat to bats as white-nose syndrome. Matteson said that could come from everything from climate change to residential development or other large construction projects like a border wall.

But Matteson thinks the disease will eventually become be a problem in Arizona.

“Completely hazarding a guess, I would not be surprised if the fungus itself is detected within the next 10 years,” she said. “It is just a matter of time. It will get there eventually.”

But Arizona bats will still have things in their favor, she said.

“The fact that they are distributed across the state is a protective factor,” Matteson said. “The dry climate could also be protective.”

They could also be helped by the fact that no bats in the state go into complete hibernation, Matteson said. But she added that if hibernating bats in Arizona were infected, “it’s hard to say if it affects other bats across the state … with the ripple effect.”

But Suro, who says the tequila industry has been involved in bat preservation “for many, many years,” remains optimistic.

“There are some studies that say it is too late to reverse the damage, but I say we still have time to reverse these damages and help these situations to do better,” he said.