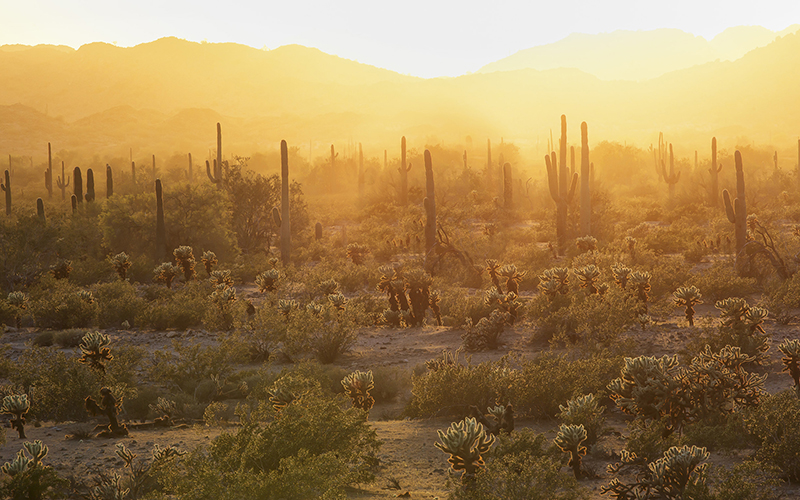 When he designated the Sonoran Desert National Monument in 2001, then-President Bill Clinton called it most biodiverse desert in North America and cited its archeological resources and forests of iconic saguaro cacti. (Photo by Bob Wick/Bureau of Land Management)

WASHINGTON – The Bureau of Land Management on Friday recommended closing 53,300 acres of the Sonoran Desert National Monument to recreational shooting, but keeping the remaining 443,000 open to shooters.

It is the latest twist in a years-long legal and administrative fight that saw federal officials at one point trying to prohibit shooting over the entire monument, only to reverse course and propose shooting throughout the site. That decision was subsequently halted by a federal court, which allowed shooting over much of the monument while ordering a bureau review.

The latest plan, posted Friday in the Federal Register, calls for making 11 percent of the monument’s land off-limits to shooting. Hunting is not affected by any of the proposals considered by the bureau, and would be allowed anywhere in the monument with the proper permits.

Gun groups that were contacted Friday declined comment on the latest proposal because they had not seen it.

But an official with the Sierra Club worried that increased shooting could harm plants and wildlife in the monument and questioned the need for more shooting spaces given the huge amounts of open land in the area already.

Sandy Bahr, director of the Sierra Club’s Grand Canyon Chapter, said that in addition to recreational shooting presenting a public safety hazard, there has been “well documented” damage to the environment, as people have used cactus and monument rocks for targets. Cultural sites and vegetation have been disrupted, she said.

Bahr said the original proposal was to ban shooting throughout the monument, and that officials “made a strong case for it.” But after groups like the National Rifle Association got involved, she said the bureau started backing off.

“It’s not an undue burden,” Bahr said of proposals to limit shooting in the monument. “We think it’s necessary to protect resources.”

The Sonoran Desert National Monument was created in 2001 by President Bill Clinton, who called it a “magnificent example of untrammeled Sonoran desert lanscape.” His proclamation establishing the monument said that, in addition to archeological and historic sites, it is the “most biologically diverse of North American deserts” and is home to endangered species as well as forests of iconic saguaro cacti.

The latest decision on shooting in the monument comes just one month after Interior Secretary Ryan Zinke issued a directive that ordered agencies to increase opportunities for hunting, fishing and shooting on public lands where possible.

After considering a series of options that ranged from allowing wide-open shooting to banning it entirely, the bureau chose an option the middle that leaves most of the monument open to recreational shooting. The decision is in line with Zinke’s directive, while protecting resources and public safety in the monument, the notice said.

Friday started a 30-day protest period for the public to voice concerns or support for the proposal, as well as a 60-day legal review by the governor, said Adam Eggers, a spokesman for the BLM Arizona.

“This is by no means the end of the process,” Eggers said.

After the protest period is over, the bureau will review all public comment before making a decision. Eggers said Friday’s notice was just another stop in a long process, a process that will “zero value” if it does not have input from as many different groups as possible.

“Nothing has been finalized,” he said.