It’s often a source of frustration for those who must travel on it. 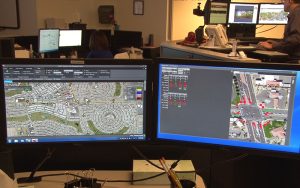 Officials monitor Bell Road traffic. They have installed Adaptive Signal Control Technology, which adjusts the timing of the traffic lights at intersections, in Scottsdale. (Photo by Blakely McHugh/Cronkite News)

Transportation departments across the Valley recently launched a pilot program to make traffic run more smoothly on Bell Road. They are installing a system, called Adaptive Signal Control Technology, that analyzes traffic conditions and adjusts the timing of the traffic lights at intersections.

“What it does is it takes the demands on the roadways and puts some algorithms behind it to come up with new timings on the fly,” said April Wire, a project manager for the Maricopa County Department of Transportation. “When there’s changing volumes or traffic patterns on the roadways, we’re able to go in and adjust those signal timings very quickly.”

Officials will install the system at major intersections that see a lot of congestion on Bell Road. So far, the city of Scottsdale is the only city to have an operational system.

Doniele Radde, a commuter on Bell Road, said she works about 22 miles from her home, and it takes her nearly 45 minutes to get to work.

“Because of the traffic, it’s just a stop-and-go constant, and it takes me forever to get anywhere,” Radde said.

The project, which is federally funded, has a budget of $2.7 million. Wire called it one of the largest adaptive projects in the nation.

Wire said the system should reduce congestion on the roadway, and they hope to use Bell Road as an alternative route when they need to close the freeway.

“We’ve seen good results,” she said. “We’ve heard good things about it. We’re hoping that it reduces the accidents on Bell Road as well as lessening the chance of a rear-end accident and alleviating some of that stop-and-go conditions that are on the roadways.”

Officials hope to finish installation by the spring. 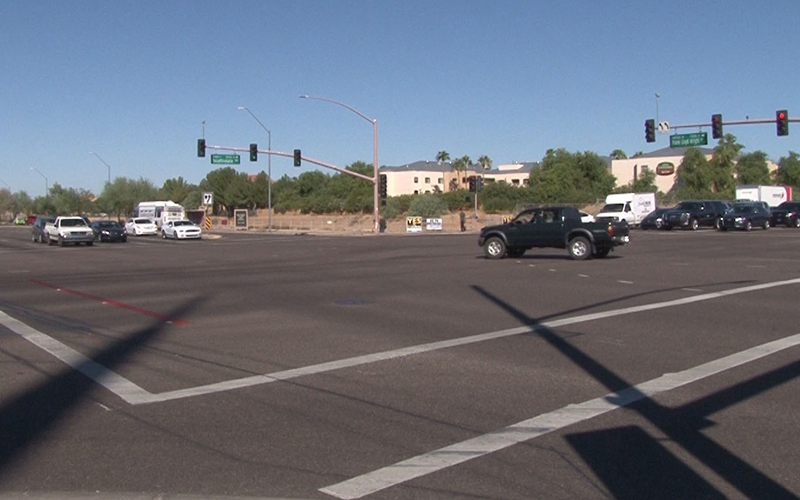 Vehicles cross through the intersection of Bell and Scottsdale roads, where officials have installed new technology to improve traffic conditions. (Photo by Blakely McHugh / Cronkite News)