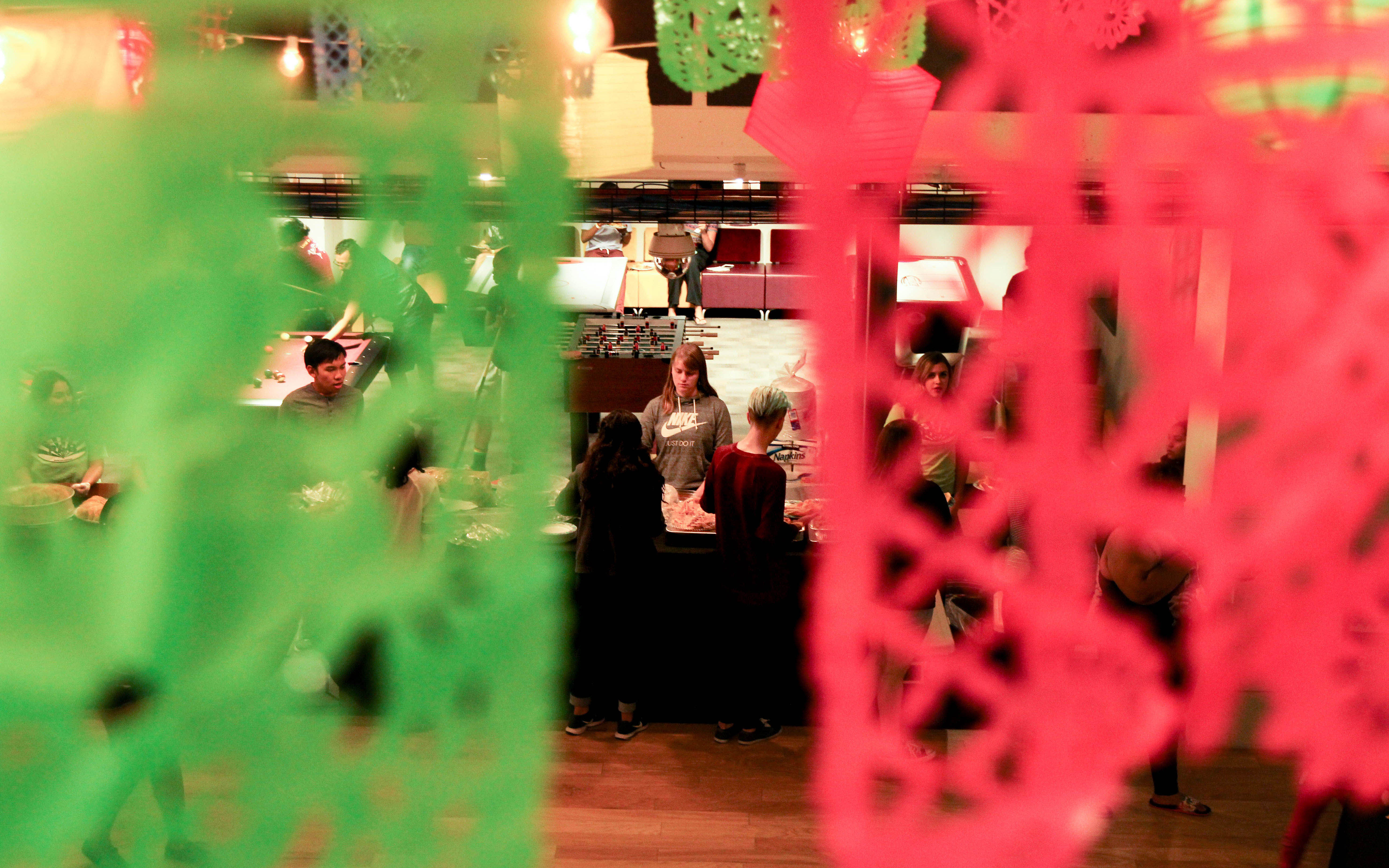 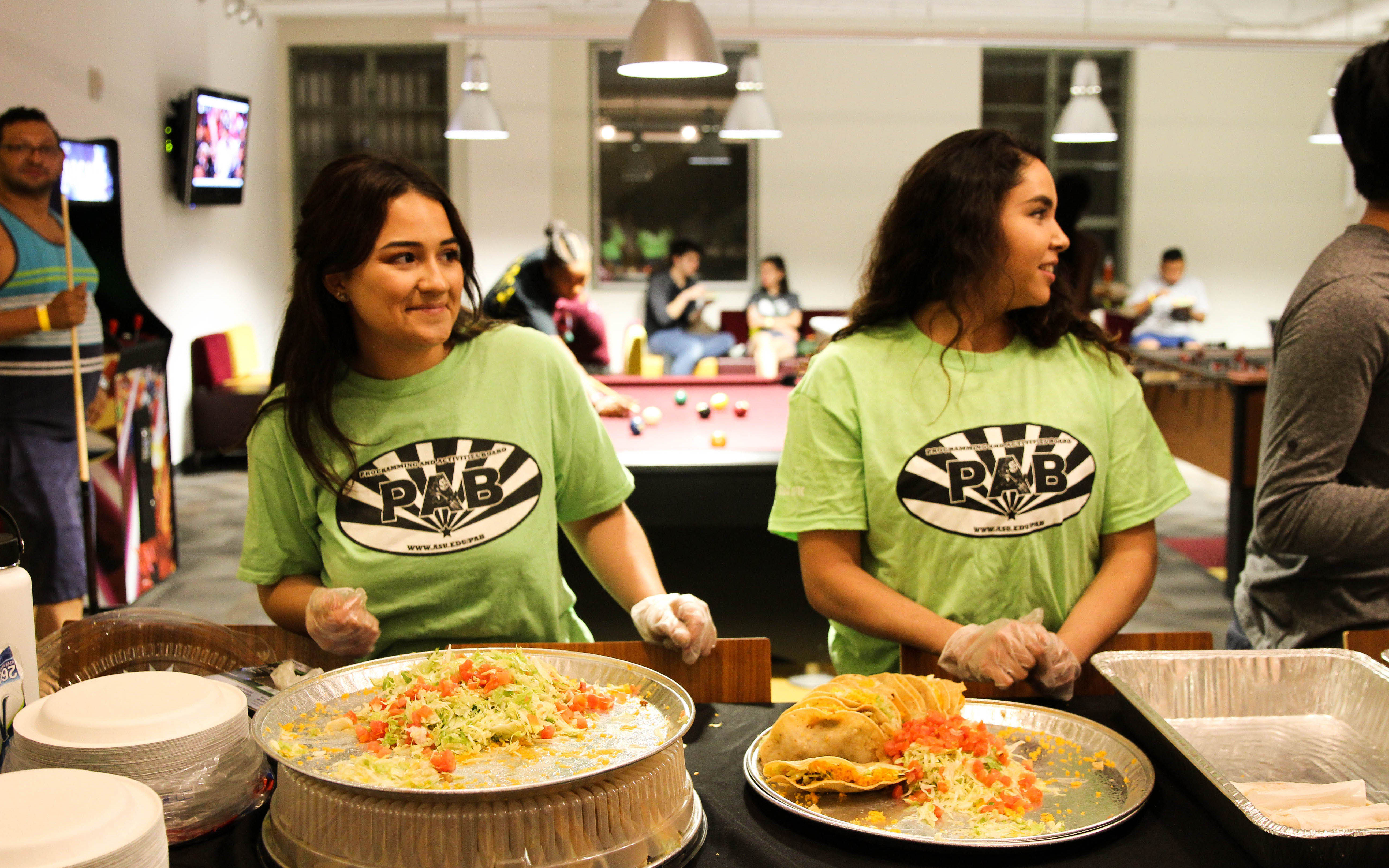 Members of the Programming and Activities Board at the downtown Phoenix ASU campus serve food to hungry guests. (Photo by Ashley Ballard/Cronkite News) 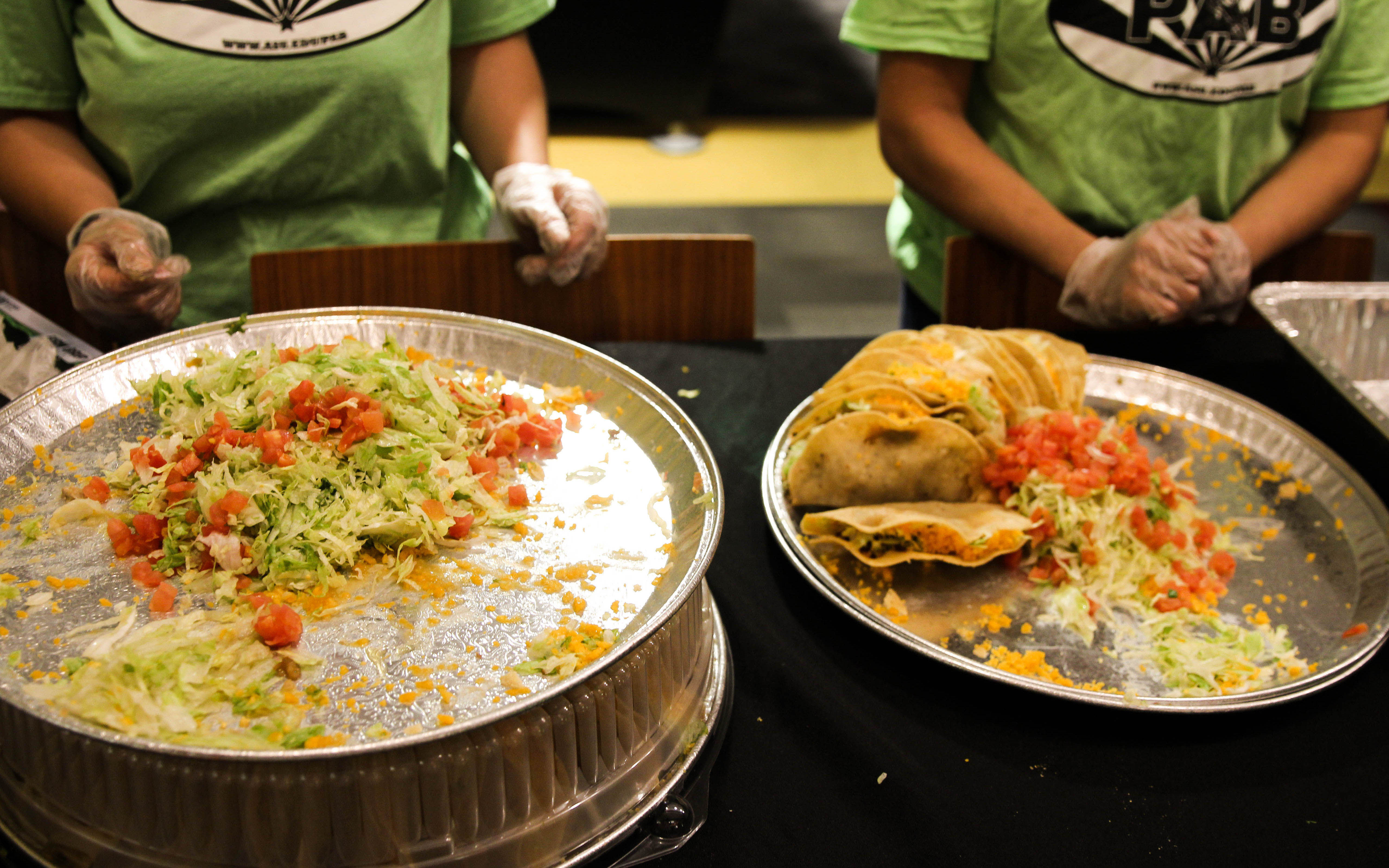 The culinary aspect of the night featured some fried tacos and condiments. (Photo by Ashley Ballard/Cronkite News) 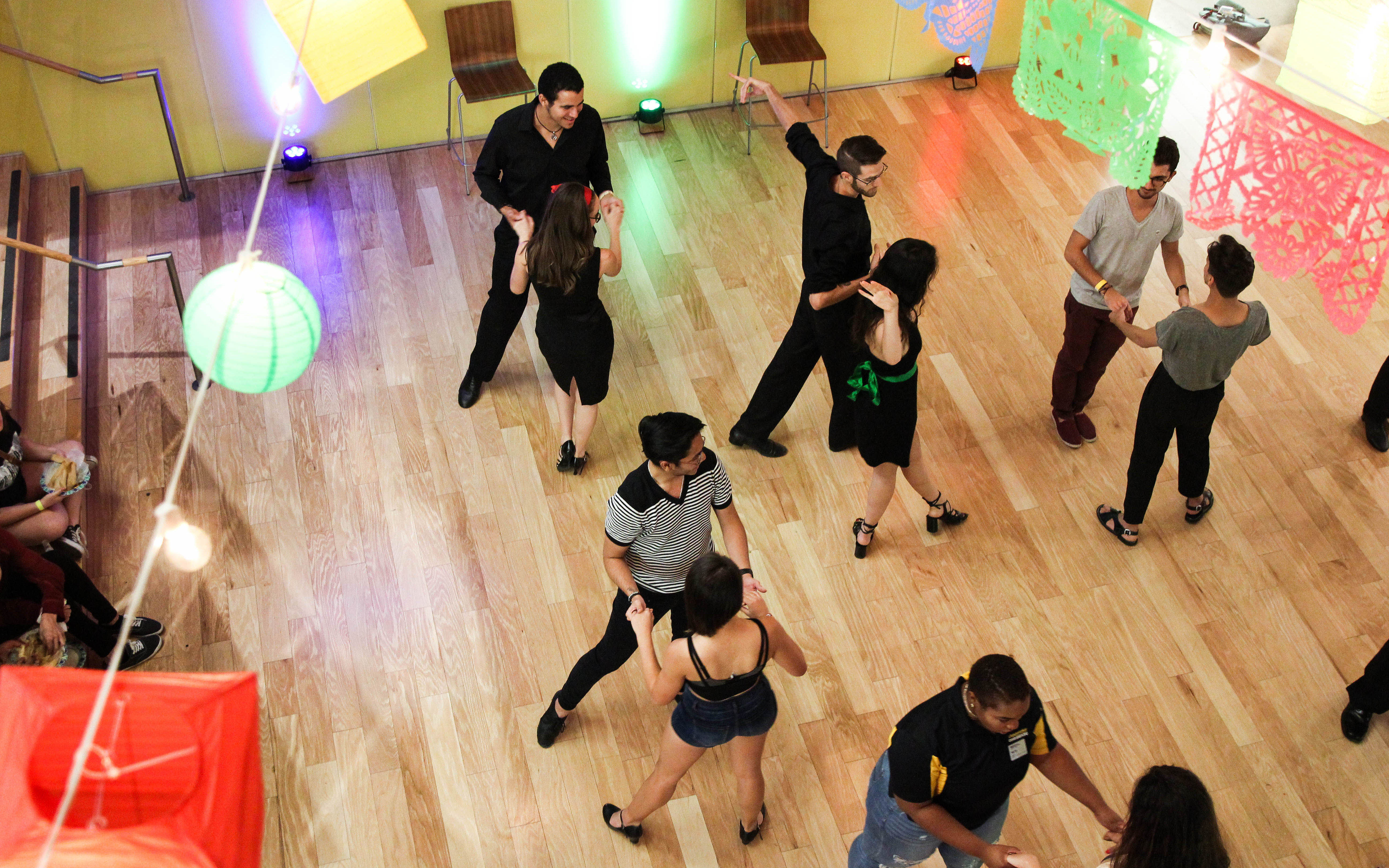 Part of the itinerary for the night included dance lessons for any and all willing to learn some new dance steps. (Photo by Ashley Ballard/Cronkite News) 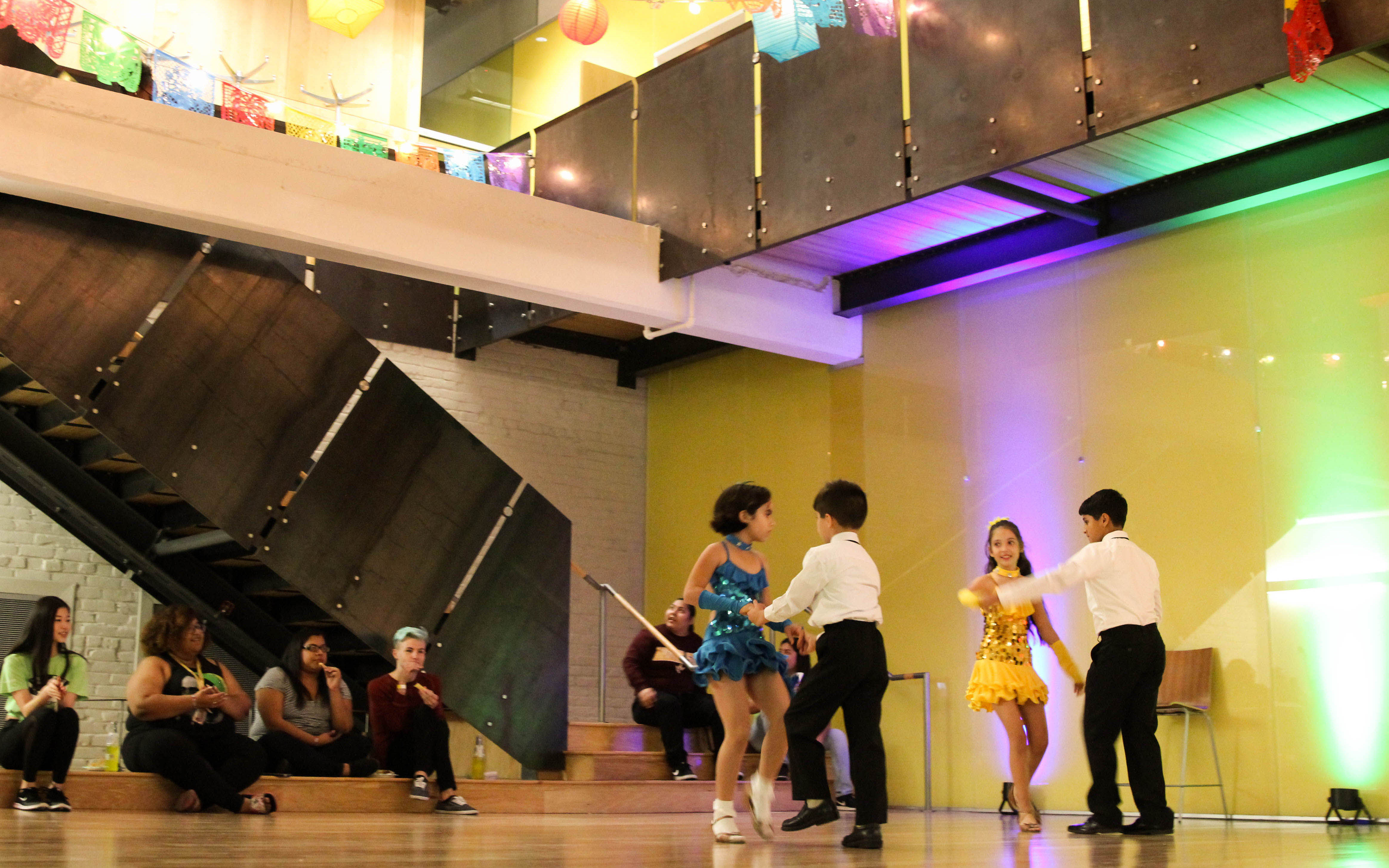 ‘Tour de Hispanica’ kicks off the night with a performance from some young dancers. (Photo by Ashley Ballard/Cronkite News) 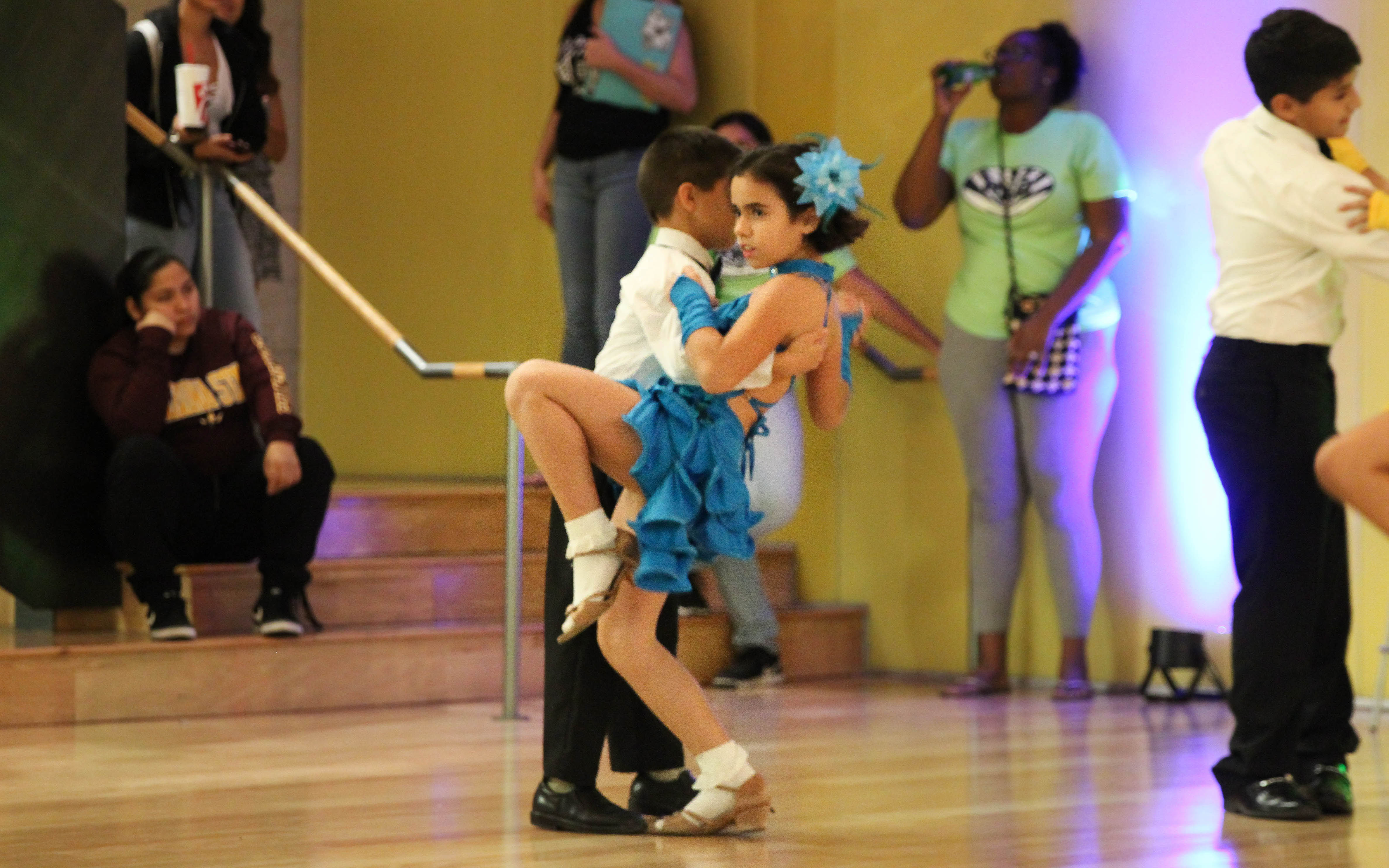 Emily Smith, 9, strikes a pose at the end of her dance performance. (Photo by Ashley Ballard/Cronkite News)

On a perfect fall evening in downtown Phoenix, ‘Tour de Hispanica’ aimed to do just that.

The Arizona State University Programming and Activities Board for the downtown campus organized an event they called, “Tour de Hispanica”, during which they provided cultural information, food and dance lessons free of charge to the community.

La’Tithea Gay, director of Special Events for PAB, said the reason for hosting Tour de Hispanica came from a desire to be more inclusive.

“It’s important because we pride ourselves in being inclusive to all types of students so we want everyone to feel welcome and know that their heritage, whatever it may be, is welcome, and we want to include it at ASU,” Gay said.

Gay also expressed she felt it necessary to shine a spotlight on this particular annual celebration.

“We often celebrate a lot of different things, but sometimes, when it comes to Hispanic Heritage Month, it’s not often celebrated as much as Black History Month, or Breast Cancer Awareness month,” she said.

The night was kicked off with a Latin dance performance of different styles like salsa, the cha-cha and cumbia.

Lisa Smith’s 9-year-old daughter, Emily, performed during the dance portion and is already invested in more than one aspect of Hispanic culture.

“I thought learning Spanish would be a good asset for her, and she loves it,” said Smith, explaining why she had enrolled her daughter in a Spanish immersion school.

“I was hesitant because she doesn’t speak Spanish, but now she can actually speak the language,” she said.

Emily shared that learning Spanish has increased her capacity to connect with others.

“It’s just really cool learning a second language, and I can communicate with more people and it’s fun,” Emily said.

From an academic perspective, Timothy Ashe, Jr., a Spanish professor at ASU, believes that by exposing students to cultures different than their own, they can develop new interests, and a greater sense of understanding each other.

“Those events are great for fostering increased awareness and identity building and really helping to connect, not only heritage learners, but any person who’s interested in Hispanic culture, in the Latino world, whatever the case may be,” he said.

Ashe is also involved with organizing and assisting with different events on the topic of Hispanic Heritage month. He shared some information about an upcoming event on the ASU Tempe campus called Aventura Cultural: Backpacking Latin America and Spain, during which students will get to ‘backpack’ through different countries as part of an interactive cultural activity.

“I think that when people of Hispanic origin, or Chicanos, see their culture represented in a broader sense, it gives them the opportunity to shape their identity and to also maybe see an aspect of their lives that they didn’t maybe fully appreciate or understand before,” Ashe said.