“What do you think?” Ahmed said. “We are just as American as you are. We like the same colors.”

In 80 cities across the country, Muslims stood on street corners with signs like Ahmed’s for the second annual “Meet A Muslim” day. In Tempe, Ahmed and other members of the Ahmadiyya Muslim Youth Organization were stationed on the corner of Fifth Street and Mill Avenue.

The idea behind this kind of effort is to, hopefully, break down barriers that may make certain people uncomfortable talking about the religion and also dispel racism toward Muslims.

Some of those who walked by stopped and talked to the Muslim men. One woman said her best friend was a Persian Muslim. It was hard to explain to her Trump-supporting family that there are good Muslims, she said. The men thanked her for trying.

Others, however, ignored them. They averted their eyes or gave a polite shake of their heads. Some took a pamphlet from the men but didn’t stop to ask anything.

And some screamed. Thirty minutes after the Muslim men arrived with their signs, a truck full of young people drove by, stopping for a moment.

“Your religion sucks!” one yelled through an open window.

Latif Ahmed smiled and thanked them. 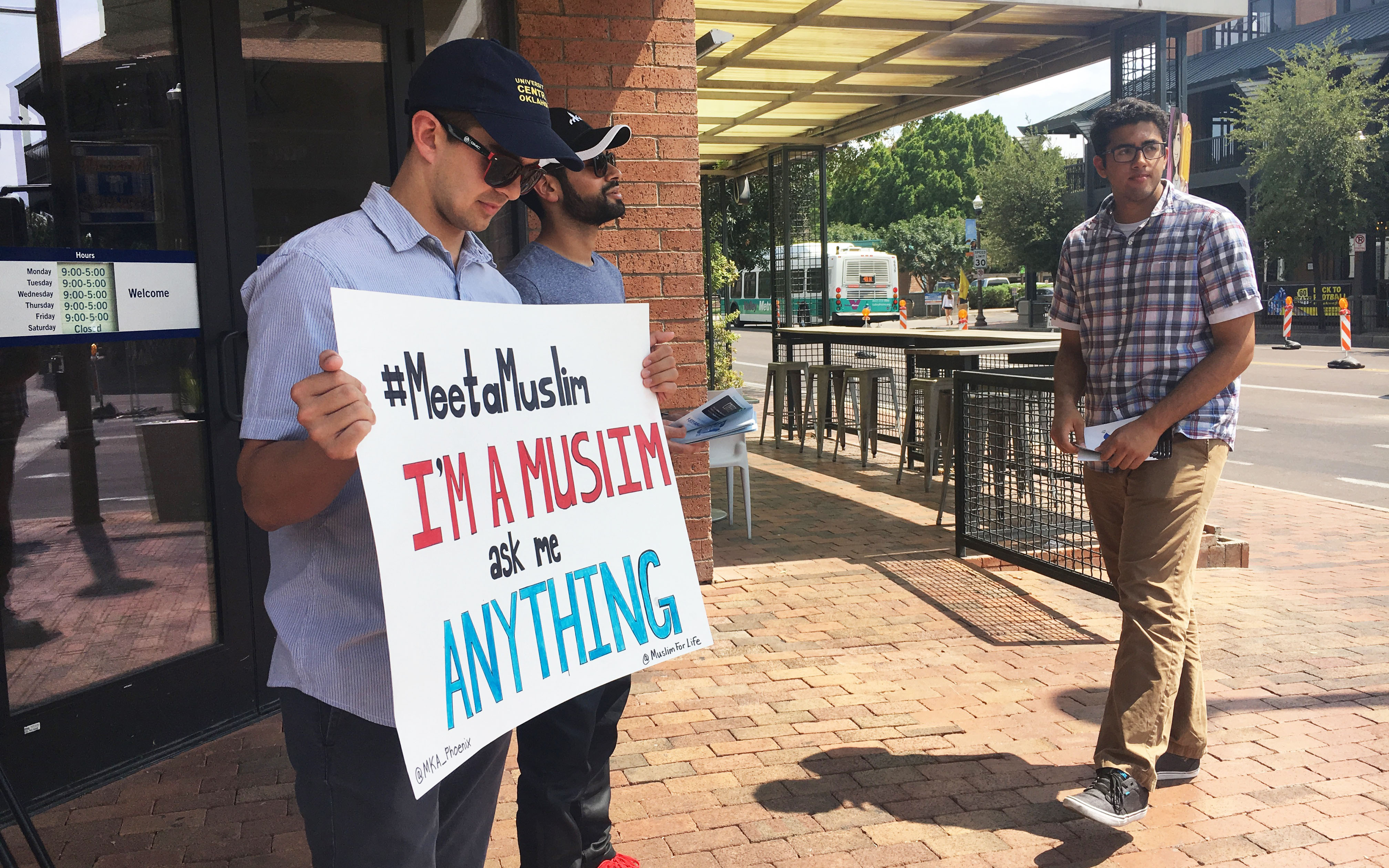 Later, Sufian Ahmed stood on the opposite side of the street with a blue and yellow sign bearing the same message: “I’M A MUSLIM ASK ME ANYTHING.”

A middle-aged man was stopped at a red light close to Sufian Ahmed. He leaned out his window and yelled something indistinct.

Ahmed offered him a handout on the Muslim religion.

“You can still have a flyer,” Sufian Ahmed said.

The light finally turned green. The man took one last look at Sufian Ahmed, screamed an expletive and drove away.

“It’s fine,” he said. “I don’t blame them because they’ve been raised in this society where they’ve seen Muslims portrayed in this horrible vision.”

He said he would have liked to have had a conversation with the man in the car.

“If they listened to what we wanted to say, I think they would change their minds,” Sufian Ahmed said.

Some minds, apparently, didn’t need changing. Paul Caldron, who said he identifies as Christian, stopped to shake the hands of three young Muslim men standing together with their signs.

“We’re mostly a Christian nation,” Caldron said. “Most of us need to learn more about Islam, what true Islam is. It’s a peaceful religion. I admire these young men coming out and trying to get the word out.” 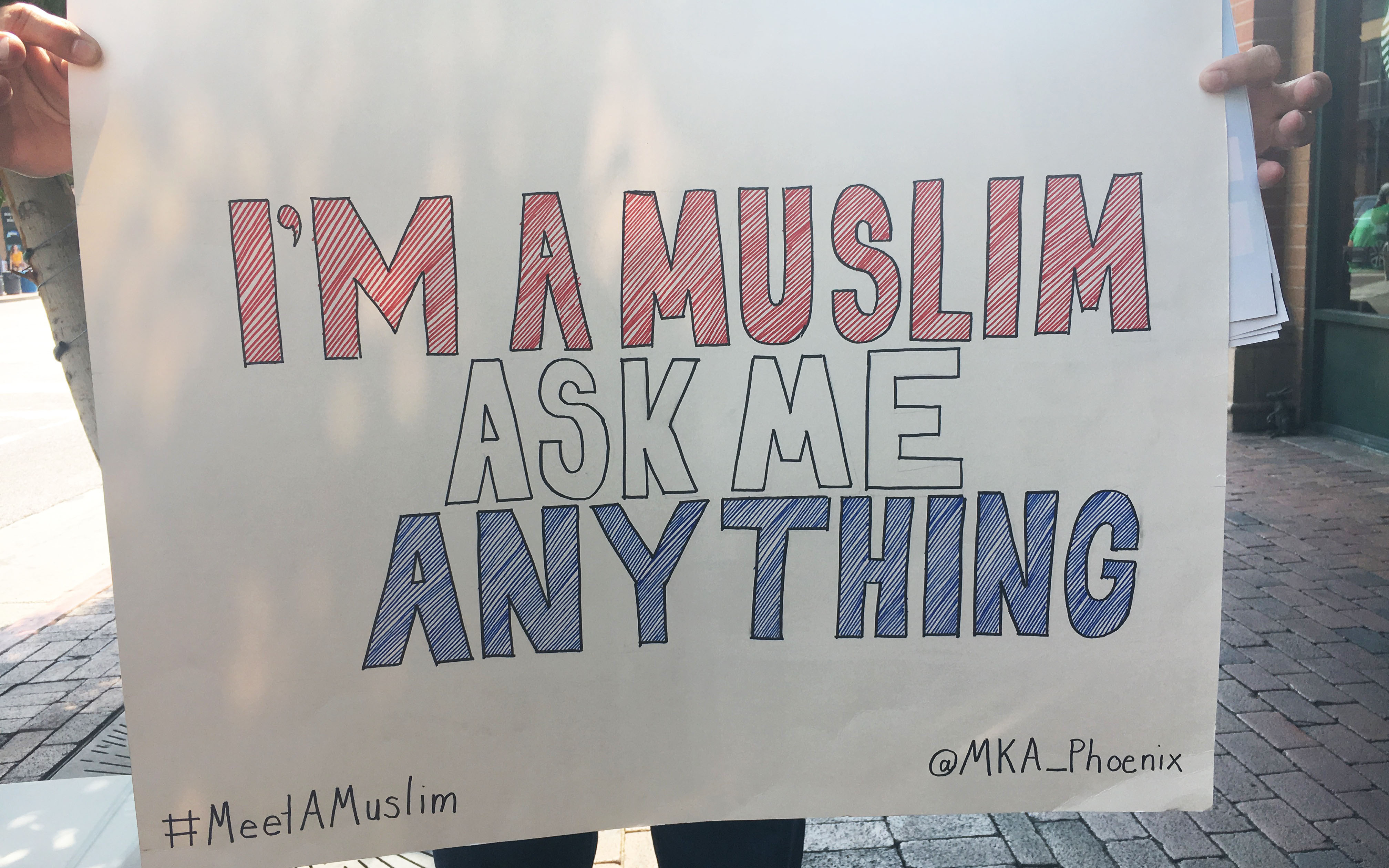 The men stood in the 100-degree heat with their signs, offering pamphlets and cold water and answers to anyone interested in them. It comes down to something simple, said Latif Ahmed.

“We are all Americans like you,” Latif Ahmed said. “We bleed the same red. We love this country as much as you guys.”