“Results showed modest gains in some areas but dropped in 9th grade algebra and 11th grade English Language Arts,” spokesman Craig Pletenik said in a statement to the district.

The district saw a one percentage point increase in English for 9th and 10th grades, and ten schools improved in 11th grade algebra, the district said.

“The problem right now is that some of the kids don’t take the test seriously because they don’t have a repercussion,” Pletenik told Cronkite News. Previous standardized tests required students to pass in order to graduate.

“We’ve seen some growth, especially in this year’s test scores,” said Esposito, director of policy and programs. “We’re seeing some incremental growth year after year which is good because it’s showing the hard work that our teachers and students are putting in.” 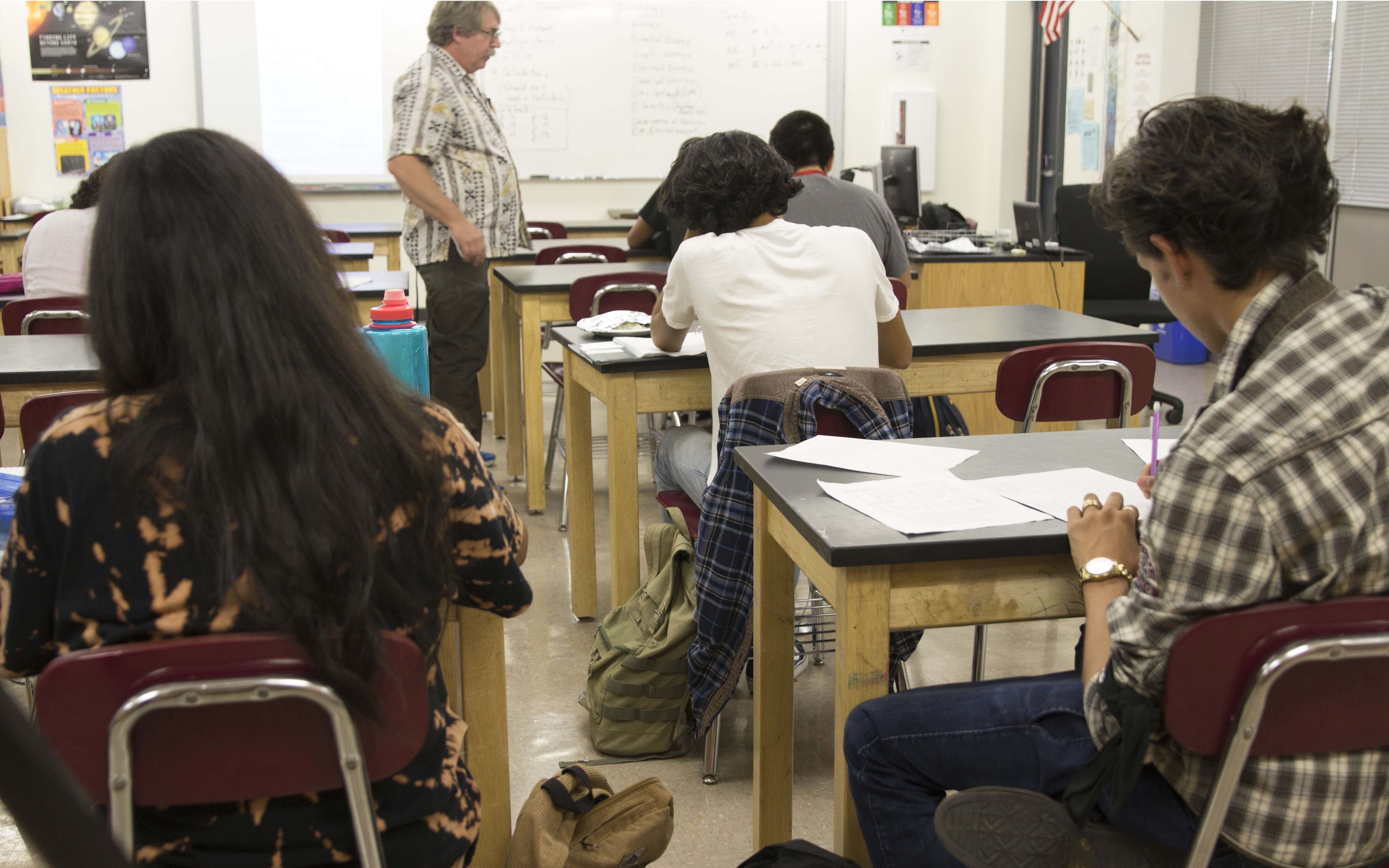 But Esposito and a Phoenix Union high school teacher questioned whether the mandatory tests can really show how well students are learning.

“Testing is one indicator, and we really can’t focus too much on what one test says,” Esposito said. “It’s going to take a lot more than that to know whether the parent is choosing the right school for their children or if what’s happening in the classroom is really helping that individual in the way they need.”

Central High School math teacher Dawn Davis works with special education students and students learning English. Some of her students were not able to attend school in their home country and some don’t know how to read English or how to use a computer.

Still, even though they face challenging circumstances, they’re required to take the AZMERIT test, known as Arizona’s Measurement of Educational Readiness to Inform Teaching.

“Here at Central High School we have a very diverse population,” Davis said. “We have students who are international with the exchange program. We have students from Congo, Syria and refugee camps.”

Davis said she’d rather measure her students’ progress in other ways. She said AzMERIT scores might lead people to believe her students are not learning as much as other Arizona students. In reality, her students have improved more than what the test shows, she said.

“You need to look at growth versus one test measures all,” Davis said.

“Last year my AzMERIT data looked a little bit low, but I was so proud because I had 14 special education students that were included in my data and they did not perform so badly. They did their very best,” Davis said.

“I was happy with what our school’s results were,” Davis said, remembering that two years ago her students disliked taking the AzMERIT on computers. Now, the students are improving because they are more familiar with the test.