The report by the minority staff of the Senate Homeland Security and Governmental Affairs Committee comes less than a week after Arizona Attorney General Mark Brnovich filed a consumer fraud suit against Insys and three doctors over a “marketing scheme” to increase sales of the drug Subsys.

The report includes a recording of what it says are Insys employees who “repeatedly misrepresented themselves” to a pharmaceutical plan to get Subsys for a New Jersey patient who later died of an overdose.

“There is extensive evidence that Insys aggressively pressured its employees and the entire medical system to increase the use of a fentanyl product during a national epidemic that was taking the lives of tens of thousands of Americans a year in order to make more money,” Sen. Claire McCaskill, D-Missouri, said in a statement.

“It’s hard to imagine anything more despicable,” she said after releasing the report Wednesday.

Calls seeking comment from Insys were referred to the company’s lawyers, who did not immediately respond Wednesday.

But in a statement included in the Senate report, Insys CEO Saeed Motahari said the company is working to prevent the “mistakes and unacceptable actions” of the past by establishing protocols that hold employees to ethical standards.

“Insys has completely transformed its employee base over the last several years,” Motahari said in the Sept. 1 letter. It noted that he is one of many new managers at the company, which has seen more than 90 percent of its field-based sales force leave since 2014. 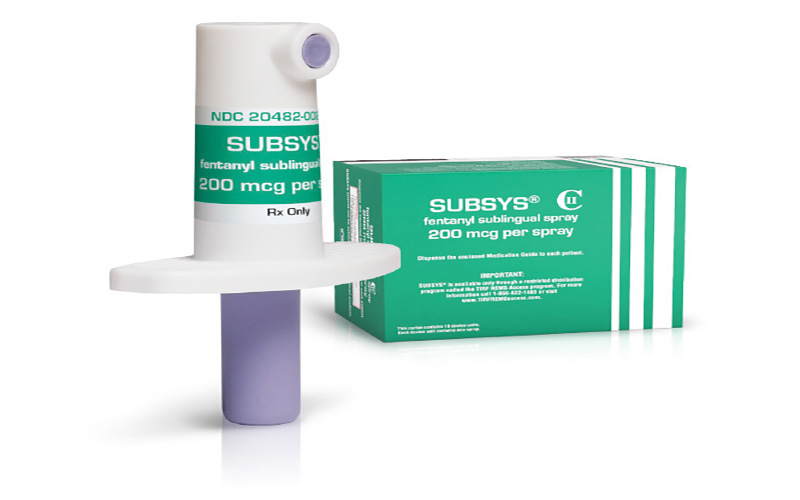 At issue in the state lawsuit and the Senate probe are the company’s painkiller Subsys, a powerful under-the-tongue spray that is supposed to be limited to cancer patients.

The report said that before insurance companies would only pay for the drug for patients who “had an active cancer diagnosis, was being treated by an opioid (and, thus, was opioid tolerant) and was being prescribed Subsys to treat breakthrough pain that the other opioid could not eliminate.” All three criteria had to be present for the insurer to reimburse patients for Subsys.

The Senate report said that company documents show that Insys had a goal of “mitigating prior authorization barriers” with insurance companies and pharmacy managers that were getting in the way of Subsys prescription reimbursements.

To get around those barriers, Insys employees would pretend to be with doctors’ offices or use other misleading tactics with pharmacy and insurance agents, McCaskill said, pointing to transcripts and an audio recording of employees having such discussions.

She said the company was aware of such practices as early as 2014, prior to the overdose death of Subsys patient Sarah Fuller in 2016.

“Insys techniques have included the falsification of medical histories for Subsys patients and the concealment of the company’s role in intervening with the insurers and pharmacy benefit managers,” McCaskill said.

She called those tactics “consistent” with a company strategy outlined in an 2012 internal presentation. Insys demonstrated a lack of “even the basic measures to prevent employees from manipulating the prior authorization process,” the senator said.

In a statement when he filed suit last week, Brnovich called the action part of a fight against “the unethical and greedy behavior in the pharmaceutical industry that is fueling the opioid crisis in our state.”

The Senate report cited Centers for Disease Control and Prevention statistics that show the number of opioid-related deaths in the U.S. has risen from 3,000 to 20,000 in three years. The Senate report charged Insys with contributing to the nation’s worsening opioid crisis.

Motahari’s statement in the report shifted the blame for opioid addiction away from pharmaceutical fentanyl, noting that the 34,000 Subsys prescriptions written last year made up less than .02 percent of the 215 million opioid prescriptions nationwide.

He cited a Drug Enforcement Administration report that “clandestinely-produced fentanyl” is behind most overdose deaths.