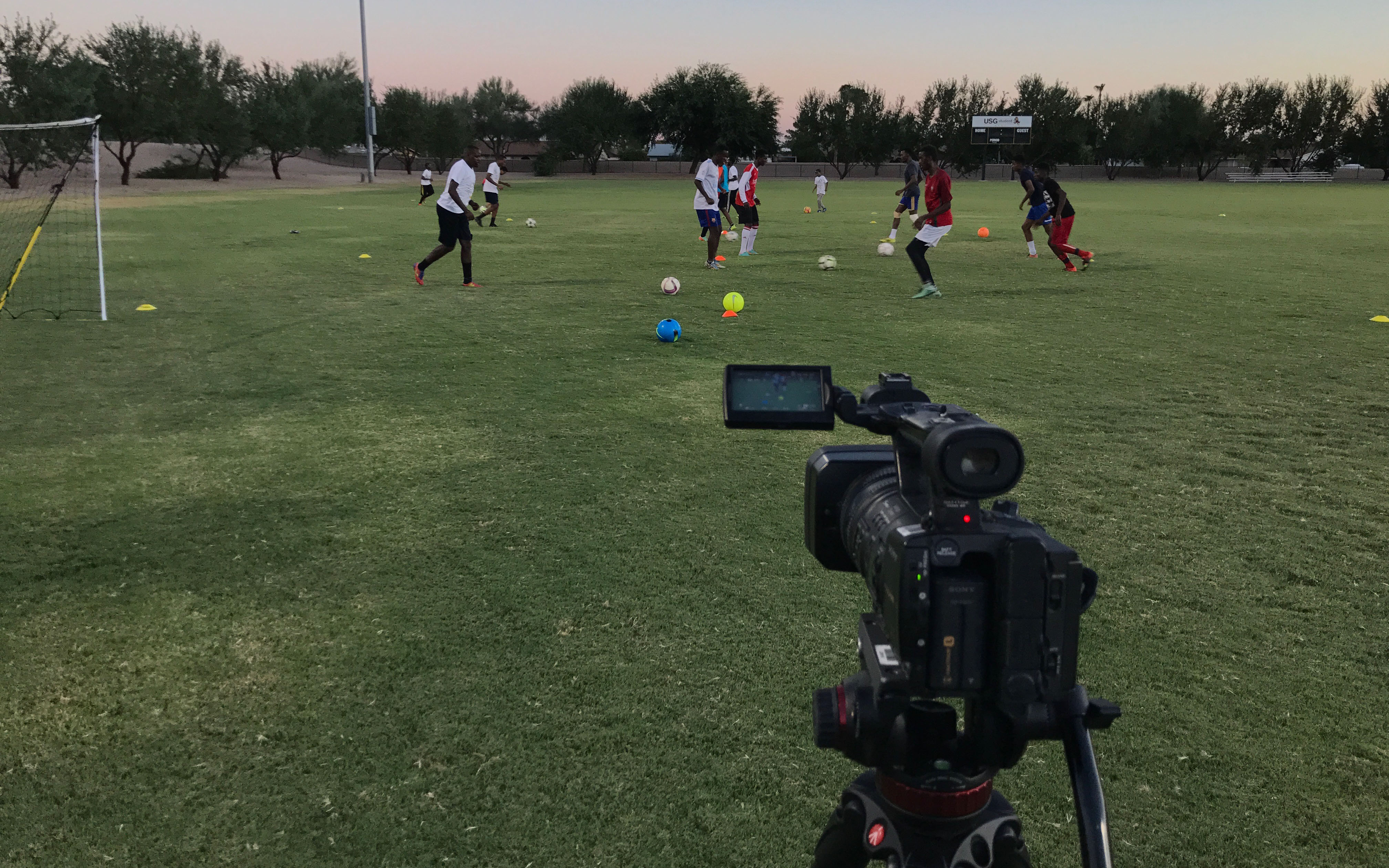 The team has players ranging in age between 11 and 40 years old and the team’s coach, Billy Gipanga, is also from the Republic of the Congo. Gipanga has lived in the United States for about five years. He also said he lived in a refugee camp for 10 years before he was picked randomly in a drawing to start the refugee program process.

According to Gipanga, the Phoenix area has been home to many refugees from Central and East Africa for more than 15 years.

According to the Department of Economic Security, as of June 2017, 688 African refugees have come to Maricopa and Pima counties this year alone.

“Refugees come seeking an opportunity for a better life for their families. Most refugee families struggle financially and this compels youth to seek employment instead of going to school,” the Maricopa Mulenge Football Club said in a statement. “MMFC is a new agency focusing on that need for education.”

Soccer was a key part of Gipanga’s childhood before coming to the United States and one day last year, he ran into Tim Marchisotto while playing in a park with some friends.

Marchisotto’s college coaching career started over 20 years ago, but recently he has taken a special interest in helping young refugee players achieve higher education. He coaches multiple refugee teams with players from all over the world including Africa, the Middle East and Mexico.

“We’re kind of giving everybody an opportunity,” Marchisotto said.

The intent of the soccer teams, he added, is to provide opportunities for college scholarships for the older players, and to also give the younger players structure and safety while they adjust to their new life.

“This is absolutely, true and total, just love of the game and being out there. It’s asking for nothing,” Marchisotto said about working with the refugees.

The Maricopa Mulenge Football Club has many objectives, including the empowerment of refugee youth to be a positive influence in their communities by staying in school. The club keeps their players accountable for doing well in school and if they don’t get good grades, they don’t get to play.

According to those who have close ties to the club, since its founding about a year and a half ago, the impact on the community has been a positive one.

One of the players, Heri Ruhorimeere, came to the United States 16 years ago from Congo and has seen what this kind of club can do.

“Before the organization of this team, we had young people who were dropping out of school,” Ruhorimeere said. “Alcohol and drugs and things like that. But since we organized this, really, it has brought the community together.”

Both Gipanga and Ruhorimeere said they have high hopes for the youth in their community to achieve the “American Dream” in the “Land of Opportunity” and hope to see them graduate from college.