The Chinese Cultural Center has a variety of stores and restaurants that cater to the Chinese community. (Photo by Angelica Cabral/Cronkite News) 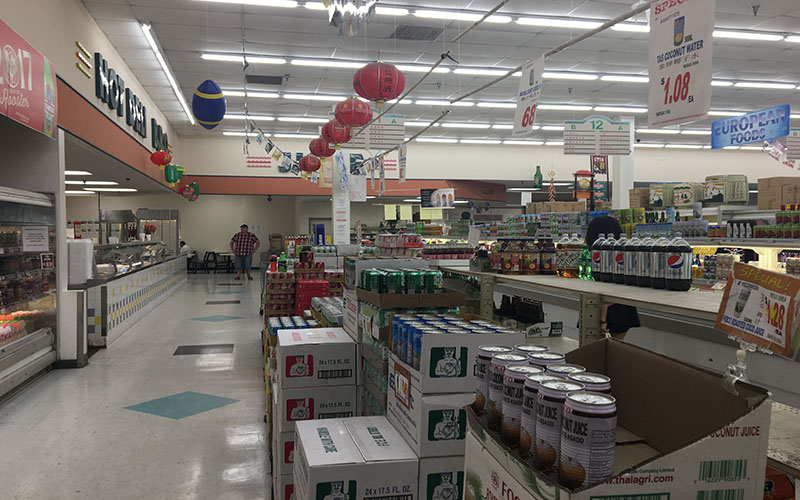 Shoppers look around at the Super L Ranch Market in the Chinese Culture Center. (Photo by Angelica Cabral/Cronkite News) 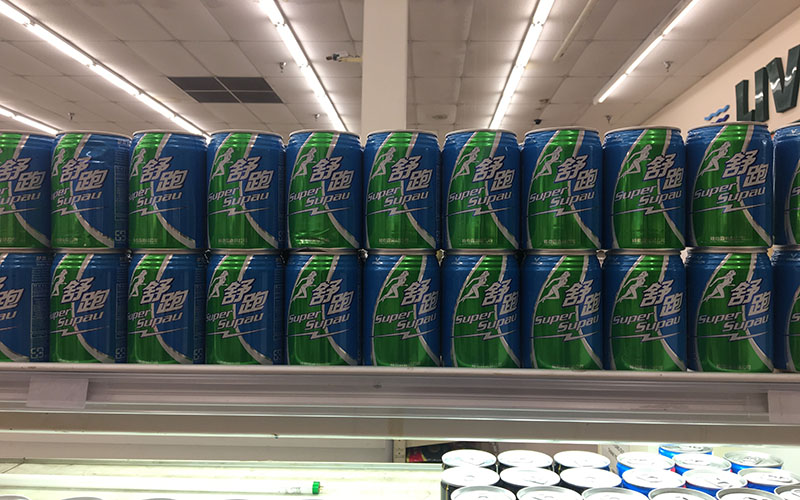 These cans of soda are among the many Chinese goods that the grocer sells. (Photo by Angelica Cabral/Cronkite News) 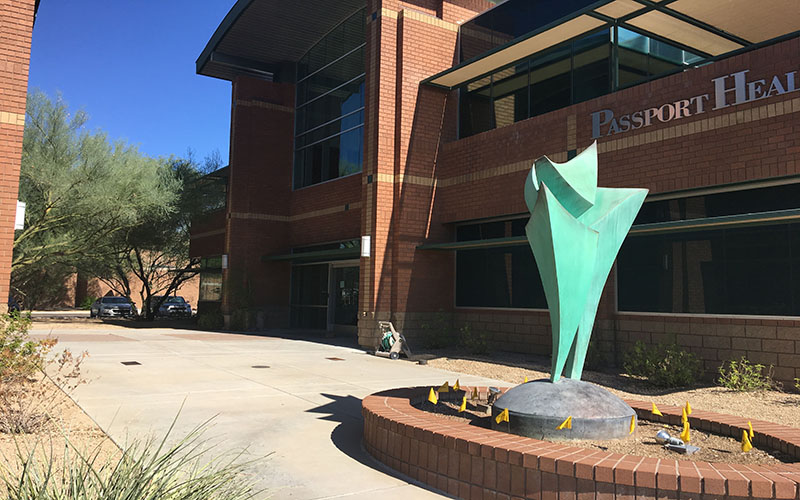 The outside of one of True North Cos.’ buildings in Scottsdale. They purchased the land of the cultural center in June. (Photo by Angelica Cabral/Cronkite News)

Since being built in 1997, the center has been the site of many social and cultural events catering to those of Chinese descent living in Arizona. But now, members say they’re in a fight to save the center after True North Cos., based in Scottsdale, purchased the land on which it sits for $10.5 million in June.

Andy Zhang, vice president of the Arizona Asian Alliance, said True North has expressed potentially willing to sell the property back to the Asian community for $30 million.

Zhang also said members of the Phoenix Chinese community have expressed interest in purchasing the site, but have been unable to do so because of issues with the first owner, China National Cereals, Oils and Foodstuffs Corp.

“It’s not about the money, we want to do what we can to save the cultural center. It’s part of Arizona culture. It’s become part of our heritage,” Zhang said. “It would serve and benefit the entire community in the long run. I don’t want to position this as a battle of money.”

As part of its efforts to save the center, the alliance has held several demonstrations at the site and has presented its case to Phoenix Mayor Greg Stanton.

Zhang also said that former mayor Phil Gordon jumped in to help, becoming part of the conversations with True North, something Zhang sees as potential progress.

Zhang said word of the sale spread after a community member posted an email on social media. He said the email from True North said people could come and pick up whatever Chinese artifacts they wanted from the site before the company moved them.

He added the community was kept in the dark about the sale, and they are now asking questions about how and why this happened without their knowledge.

“I’m not here to accuse anybody, but certainly there are some anomalies,” Zhang said. “The people in the community, they’re asking for answers.”

The site was built by Chinese designers, artisans and artists, and it includes stones from a quarry that is now protected by the Chinese government, meaning essentially, it cannot be recreated.

“The architecture shouldn’t be changed,” Zhang said. “Those things, they can’t really be moved. You move them, they’re lost.”

The Super L Ranch Market, a staple of the center since the beginning, had its last day of business Saturday after it was given a 30-day notice to vacate its space by True North.

Employee Grace Ling said the market plans to reopen on Sept. 6 in two locations, a main store in Scottsdale and a bakery in Mesa.

Ling said they didn’t want to move, and they’ve always paid their rent on time.

“They don’t want to improve anything, they just want to get rid of us,” she said.

True North did not respond to multiple requests for comment.

However, CEO David Tedesco told he Arizona Republic some tenants would have the option to stay although it’s unclear which locations had that opportunity.

The alliance also has tried to get a historical preservation designation.

Michelle Dodds, a Phoenix historic preservation officer, said that since the property is relatively new, in historic terms, it would be a challenge for it to gain that kind of status.

Dodds said only one property under 50 years old has achieved designation – the Santa Rita Center, where Cesar Chavez fasted during the civil rights struggle.

More than 7,000 people have signed a petition to save the center.

“You know, it has a lot of meaning to the people that signed it, but when it comes to designation, you have to have context for the significance,” Dodds said.

According to documents from the Historic Preservation Office, it considers significance, age and integrity when deciding whether or not to give a property designation.

The Cultural Center does not fit the age requirement, and it’s unclear whether it meets the integrity criteria. Thus, the Chinese community must prove significance.

Members of the Chinese community said they will continue talks with True North. Zhang said the Chinese United Association of Greater Phoenix is waiting to comment publicly about the progress.

“We respect that (David Tedesco is) the owner. We want to work out a solution that in the end, both sides will be happy,” Zhang said.