This, after Arpaio received a full pardon from President Donald Trump late last week, igniting controversy and criticism from both sides of the political spectrum.

While most presidential pardons usually take into consideration time served, the person’s remorse, their contributions to society, and take place long after the trial is over, Trump’s first pardon was very different than normal because Arpaio’s judicial process was not over yet.

The former sheriff was set to be sentenced on Oct. 5. 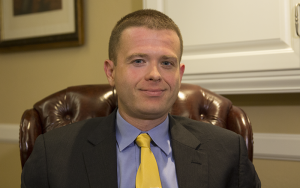 Cronkite News spoke with one of the sheriff’s lawyers, Jack Wilenchik, who said his client’s conviction was politically motivated. He also referred to the dismissal of Arpaio’s conviction.

“And that’s only fair because otherwise we would have had the right to appeal and we would’ve argued that the sheriff deserved a trial by jury,” Wilenchik said.

However, civil rights advocates are concerned this pardon sends a clear message that Arpaio was not guilty of defying a court order to begin with.

“He didn’t say ‘this person showed remorse, this person served their time, they’ve rehabilitated, so they deserve a pardon. Trump said this was a wrongful conviction,” said Alessandra Soler, executive director of the American Civil Liberties Union of Arizona.

“I don’t think the president in this case let the justice process proceed. He interfered with that entire process to make a political point,” Soler said. 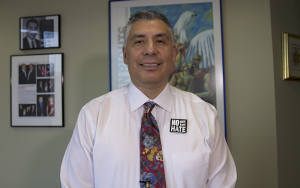 Carlos Galindo-Elvira is the regional director for the Anti-Defamation League in Arizona. (Photo by Andrea Jaramillo Valencia/Cronkite News)

“There is cause for concern that this may become an endorsed practice based on a presidential pardon,” said Carlos Galindo-Elvira, regional director for the Anti-Defamation League in Arizona.