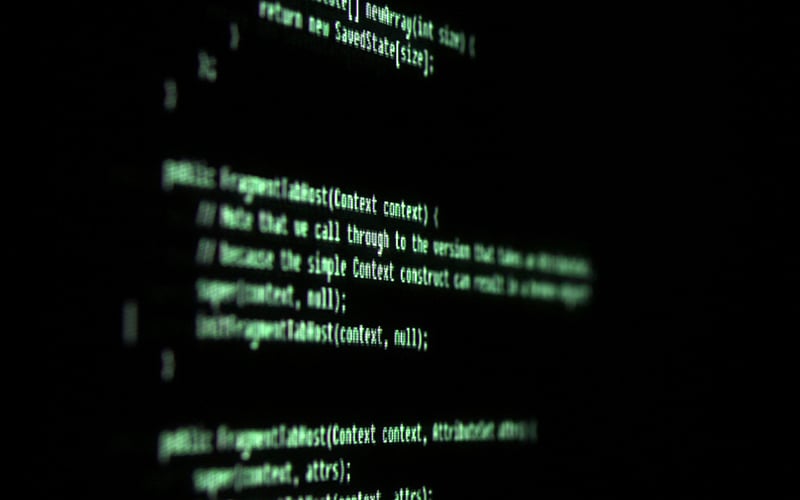 The sponsor of an Arizona law that allows electronic signatures on contracts is calling that measure a “little stab” at adopting blockchain technology that backers call “bulletproof” to hacking. (Photo by Yuri Samoilov/Creative Commons)

WASHINGTON – Before Arizona could be recognized as a leader in blockchain technology legislation there was one major challenge – helping lawmakers “get your head around” exactly what the technology is.

“It was very difficult, you know, trying to explain to people,” said Arizona State Rep. Jeff Weninger, R-Chandler. “You never want to vote for something that you don’t fully understand and this is, to say the least, a tough thing to get your head around.”

Weninger sponsored a bill that makes Arizona one of a handful of states to accept electronic signatures on contracts, a law that is made possible through the use of blockchain.

Blockchain is best known as the technology behind bitcoin, the system that lets people use digital currency in place of standard government-issued money. The technology was created in 2009 as a decentralized, replicated, peer-to-peer review network to serve as a public ledger for bitcoin but quickly found other uses in online data verification and the transfer of value.

Weninger called his bill “a little stab” at getting acceptance and understanding of the new and often misunderstood technology that backers say could ultimately lead to more-secure voting, money handling, identification and more.

Lawmakers have called the new technology “bulletproof,” saying that it adds a “level of trust” in the management of records and identity management, among other applications.

One such application is the electronic signature law passed by Arizona. Using blockchain, an encoded, or “smart,” contract allows the technology to act as a witness to an agreement, validating, overseeing and imposing terms of the contract with no need of a middleman or third-party organization.

Ducey said the smart-contract bill shows Arizona to “to be a state that’s really leading the way in embracing and recognizing these new technologies,” said Patrick Ptak, a spokesman for the governor.

“Blockchain technology is new and emerging,” Ptak said. “It kind of started out as an application for Bitcoin but now industries across the spectrum are seeing new applications for it from finance to healthcare to law and it’s something that we think has a lot of potential. I think that we’re just barely tapping its potential uses and applications.”

Blockchain works by recording transactions – whether they be digital currencies, smart contracts or something like an electronic vote – as blocks of data, with each updated added to the others chronologically – hence a blockchain.

This encryption algorithm of blockchain has been called “un-hackable” due to the nature in which it distributes information to multiple parties creating a shared database. Because blockchain is decentralized, there is no one central computer that can be hacked. If one computer were to be hacked, every other computer running that database would cry foul.

What makes blockchain appealing to commerce is that it allows a standard for trust for online transactions, or a starting point for untrusted partiesÿto carry out transactions without a normal intermediary such as a bank.

In Arizona, lawmakers are looking forward to numerous possibilities that a future with this technology could provide.

“It (blockchain) adds a level of trust for a citizen to know that their data … is being properly managed, but also having access to knowing who and for what purposes their data is being looked at,” said Tommy Leander, a legislative assistant for Rep. David Schweikert, R- Fountain Hills.

Schweikert in February helped launch the Congressional Blockchain Caucus, saying it is “critical for members of Congress to begin comprehending both their current applications and future use cases.” Weninger also credits Schweikert with inspiring the smart contract bill.

Weninger, who said he shared YouTube videos of TED Talks with fellow lawmakers in an effort to help them understand blockchain, said that despite the confusion his colleagues were eager to be at the forefront of this technology.

“Democrats and Republicans like being at the tip of the spear of new technologies and new ways of doing things,” he said. “We all share in the belief that Arizona is the leader in that respect.”

Weninger added that besides business applications, he hopes to see more government applications of blockchain in the future.

As one of a half-dozen states to embrace blockchain legislation, Ptak says that Arizona hopes to see new companies come to the state.

“Arizona, in general, has been a national leader in being the first to recognize and embrace these technologies and you’re seeing the result in that a lot of tech companies are now coming to Arizona and coming to the Phoenix area,” Ptak said.

Leander and Weninger agreed that the legislation shows tech companies that “Arizona is open for business.”

“There is a growing blockchain community here in the Valley and there’s been a lot of recent focus on having Arizona become a hub for this technology,” Taylor said.

“We’re relocating people here to the Valley from elsewhere in the country as we hire people and that’s helping to build the ecosystem here too,” Taylor said. “It’s a very young, emerging field and we really want to help make Arizona a location, a prime location for blockchain.”