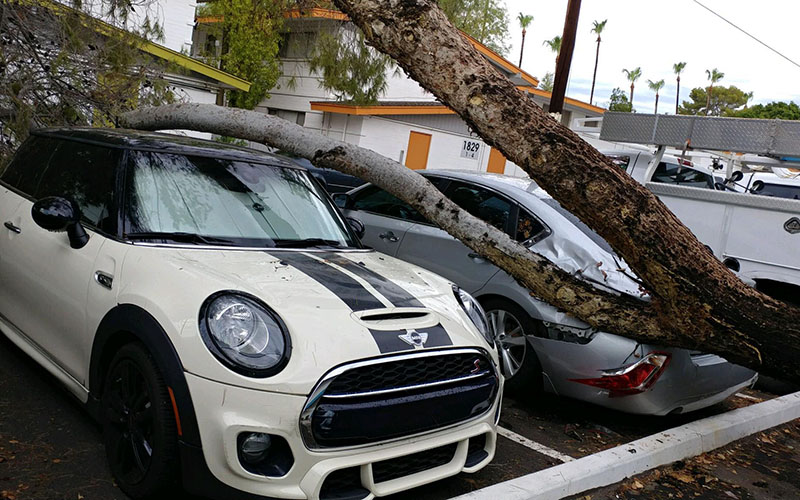 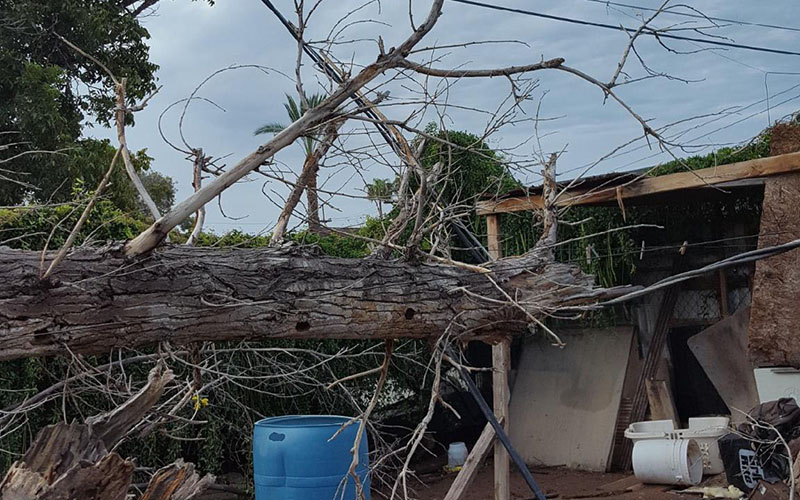 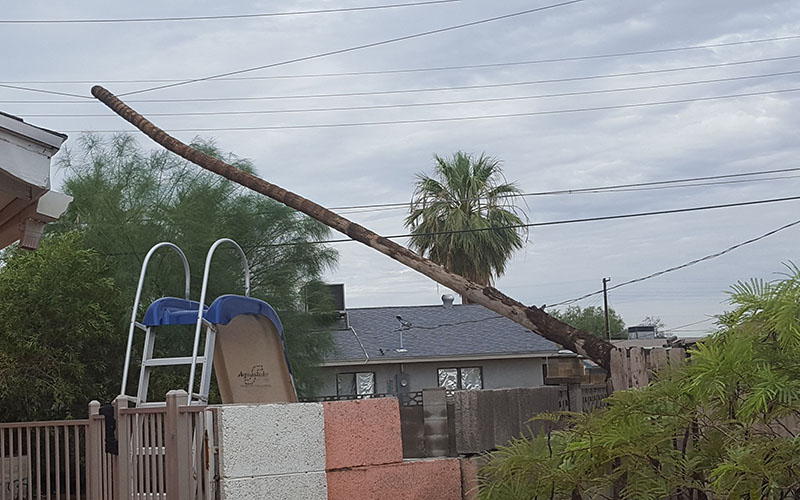 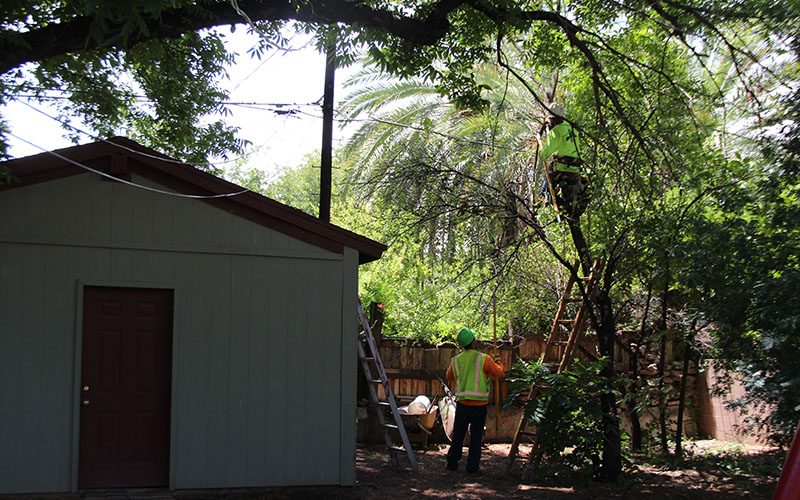 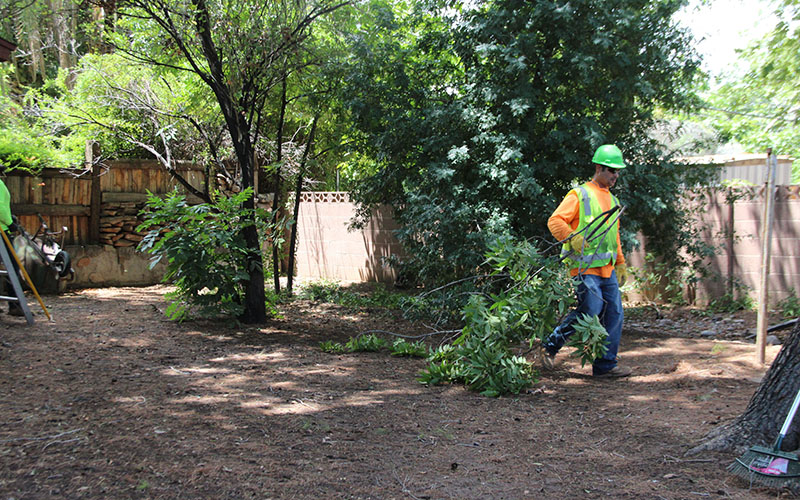 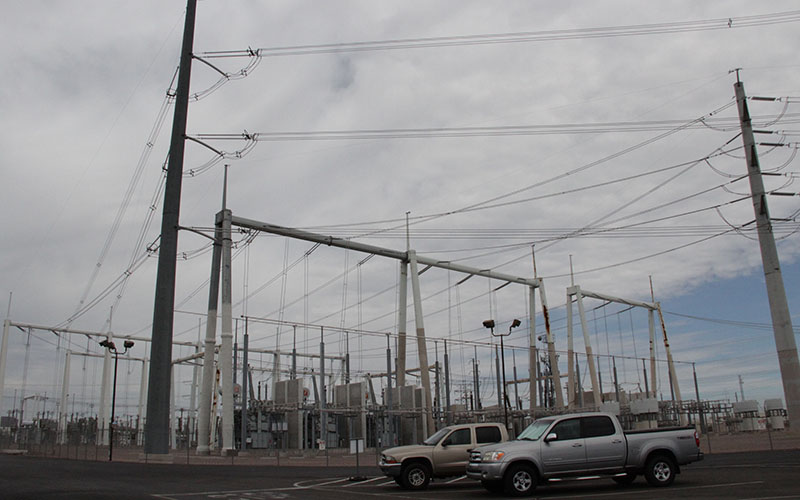 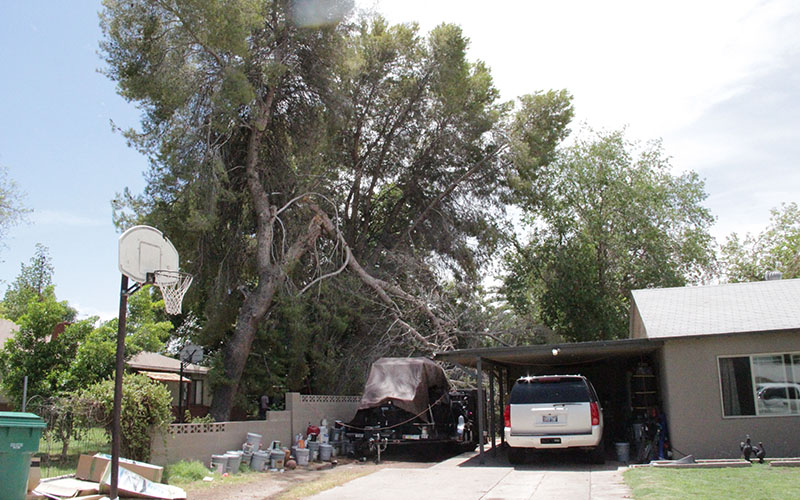 More than 41,000 people were without power at the height of the storm on Sunday night, according to Salt River Project and Arizona Public Service.

Mesa resident Darrell Bradshaw’s neighbor was among them, as the branch of a 70-year-old, 100-foot-tall pine tree in Bradshaw’s backyard snapped and fell on a stone wall, other trees and power lines to his next door neighbor’s home.

“My biggest fear would be the line was still hot and the ground would be wet. I thought if anyone stepped on the wet ground they could electrocute themselves,” Bradshaw said. “I’d never be able to live with myself if that happened.”

The neighbors came home to no electricity. The Bradshaw family of five welcomed them to stay the night to avoid dangerous wires, Bradshaw said.

More than 23,000 SRP customers were temporarily without electricity, said spokeswoman Colleen Spakowski. About 20 power-line crews and eight tree crews fanned out to bring power back.

“Monsoon storms bring intense wind and extreme lightening and that will wreak havoc on our system,” Spakowski said. “Our crews are on notice and are ready to respond as needed.”

By Monday afternoon only a few dozen people were without power, according to SRP and APS.

The Burton Barr Central Library, whose floors were flooded on Friday, will remain closed during repairs, a library official said Monday. The reopening date is unknown.

The monsoon’s damage extended into the Monday morning commute, as traffic lights lost power, causing lights to flash red for stop-and-go traffic. Debris covered some streets and freeway signs read, “Wet roads. Drive safe.” But Phoenix area highways were not affected, according to Steve Elliott, a spokesman for the Arizona Department of Transportation spokesperson.

Rains flooded the Seventh Avenue tunnel on Interstate-10 but the systems to clear the water worked well, he said.