House OKs $689 billion defense bill, with almost as many amendments 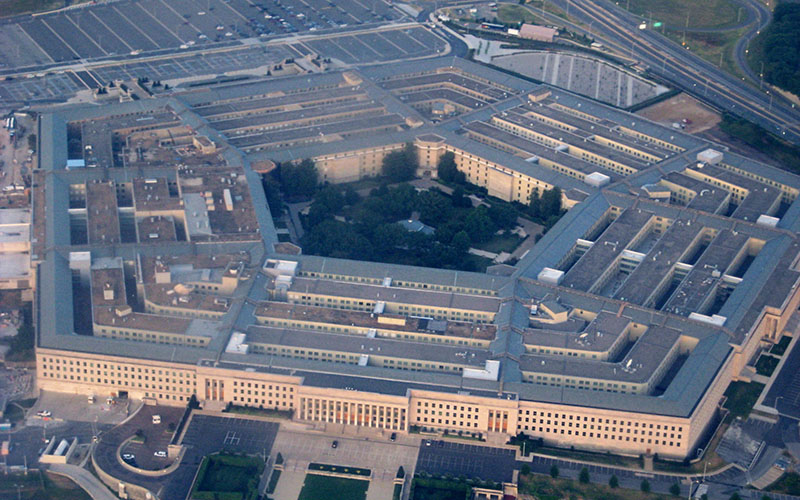 The House advanced a $689 billion fiscal 2018 budget for the Pentagon, but not before trying to add a record 440 amendments to the bill. Arizona’s nine House members put in 38 of those proposed amendments. (Photo by gregwest98/Creative Commons)

Many amendments dealt with policy issues, but the House version of the 2018 Pentagon budget also includes funds to renovate the 110 A-10 fighter jets, many of which are based at Tucson’s Davis-Monthan Air Force Base. (Photo by Master Sgt. William Greer/U.S. Air Force)

WASHINGTON – The House passed a $689 billion defense budget Friday that includes funding for Pentagon operations – along with a record number of attempts at amendments, on everything from the border wall to professional sports.

Arizona lawmakers had a hand in 38 of the record 440 amendments, according to documents posted by the House Rules Committee. Those were ultimately whittled down to 122 amendments that were voted on Friday in a busy several hours of voting before the final version of the National Defense Authorization Act was approved 344-81.

The amendments included the expected, like language protecting local bases and defense programs, to the less so. Rep. Ruben Gallego, D-Phoenix, tried to prohibit use of military funds on a border wall, and Rep. Trent Franks, R-Glendale, wanted to require that the Pentagon conduct “strategic assessments of … unorthodox Islamic religious doctrine” that could be used to justify terrorism.

Both the Franks and Gallego amendments were shot down – Gallego’s was stripped out by the Rules Committee before the bill even made it to the floor and Franks’ on a 208-217 vote Friday that drew cheers from Democrats when it was defeated.

Rep. David Schweikert, R-Fountain Hills, was the only Arizona lawmaker who did not offer any amendments, according to the Rules Committee list. Reps. Tom O’Halleran, D-Sedona, Raul Grijalva, D-Tucson, and Andy Biggs, R-Gilbert, all tried to offer amendments, but theirs didn’t make it to the floor.

Gallego attempted the most in the delegation, with 18 proposed amendments, four of which made it into the final version of the defense bill. Franks put forward five amendments and managed to get all approved but the Islamic study proposal.

That amendment was debated Thursday and came up for as House members filed into the chamber late Friday morning. All 190 Democrats voted against it, along with 27 Republicans, none from Arizona.

After Franks’ vote failed, the speaker pro tem called the House to order and reprimanded lawmakers for their tardiness, drawing a loud “hear hear” from members who had been on time.

Before the final vote on the bill itself, Rep. Michelle Lujan Grisham, D-New Mexico, took the floor to chastise Republicans for removing Gallego’s border wall amendment two nights before. That amendment would have prohibited use of any Pentagon funds for a border wall, but Grisham’s attempt to send the bill back to committee failed.

Friday’s votes were the second of two days of debate on the defense bill, as lawmakers slogged through the measure.

On Thursday, Rep. Martha McSally, R-Tucson, took to the floor to argue against an amendment from Rep. Tom Rooney, R-Texas, that would have let student-athletes at U.S. military academies defer their service obligations to pursue a professional sports career.

“We train these cadets to be officers and leaders,” McSally said Thursday. “There’s nothing worse than watching somebody try and get out of their commitment to go play pro sports.”

“This is about warfighting, not about becoming a linebacker,” she said.

McSally successfully amended the bill to extend a suicide prevention program to October 2019. Other wins for Arizona lawmakers included a measure by Rep. Kyrsten Sinema, D-Phoenix, requiring a report on Syrian funding for the Islamic State, Franks’ call to give Israel greater leeway to spend on its missile-defense system and an amendment co-sponsored by Rep. Paul Gosar, R-Prescott, tightening requirements before the military buys or leases space off-base.

Gosar’s proposal to change the way prevailing wage is calculated on Defense Department projects failed on a 242-183 vote Friday.

In addition to the smaller items, the House version of the Pentagon’s fiscal 2018 budget includes funding to keep the A-10 fleet of fighter jets – many of which are based at Davis-Monthan Air Force Base in Tucson – from being grounded. The budget would keep 110 of the planes flying by re-winging squadrons.

The final bill passed on a 344-81 vote, with 73 Democrats and eight Republicans opposing the bill. Grijalva was the only member of the Arizona delegation to vote against what he called a “bloated” defense budget in a statement released by his office.

“I believe that it is a great disservice to our constituents for Congress to prioritize war efforts over programs that invest directly in their needs,” said Grijalva, pointing to cuts to programs like HeadStart, Meals on Wheels and the National Institutes of Health. “We need to change the way we approach our military engagements instead of continuing to write blank checks for endless wars.”

But Biggs said he was proud to vote for the budget.

“Our troops have our backs at home and abroad,” Biggs said in statement released by his office Friday. “The NDAA shows them that we have their backs in Congress.”