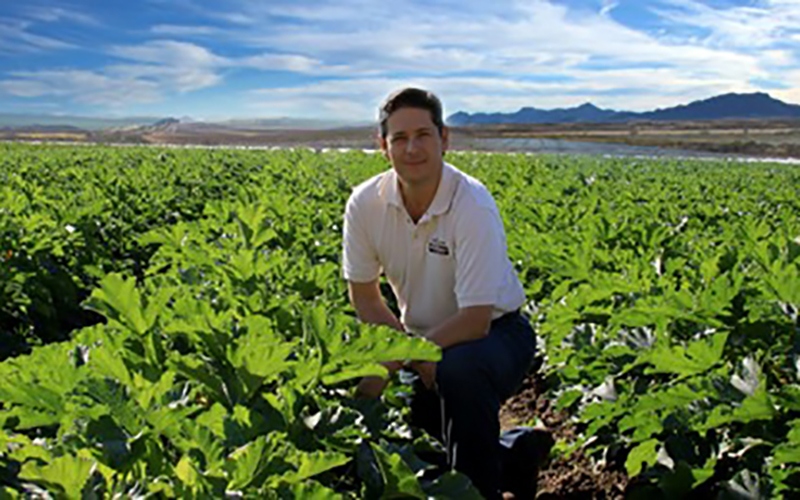 Theojary Crisantes Jr. of the Nogales-based farm, Wholesum Harvest, told a U.S. Senate committee that a USDA advisory board on organics is instead muddying the waters for organic growers like him. (Photo courtesy Wholesum Harvest) 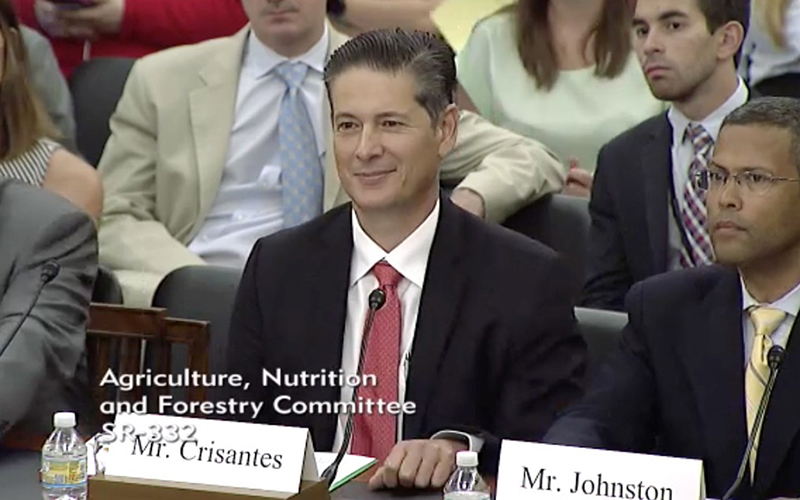 Wholesum Harvest’s Theojary Crisantes Jr., in a screenshot from his Senate testimony, said regulators’ debate on whether hydroponic farming can be considered organic has rattled the industry. (Photo courtesy Senate Agriculture Committee)

WASHINGTON – An Arizona organic farmer told lawmakers Thursday that an advisory panel that is supposed to help the Agriculture Department develop standards is instead creating a sense of “uncertainty” in the future of the organic market.

Theojary Crisantes Jr. said in testimony for the Senate Agriculture Committee that the National Organic Standards Board has become a “driving force behind specific standards deemed appropriate, or in my case, inappropriate for organic certification.”

Crisantes, vice president of operations of Nogales-based Wholesum Harvest, said the board has considered proposals that would eliminate organic certification for containerized and hydroponic growing methods, even though those methods have been certified by the USDA since the beginning of the organic program.

“I am not alone in this position,” Crisantes said in his written testimony. “The Coalition for Sustainable Organics, of which I am a board member, represents growers across the country, all of whom farm in containers or hydroponics or aquaponics and would be severely disadvantaged if their longtime organic certification was revoked.”

When asked for comment Thursday, a statement from the USDA’s Agricultural Marketing Service said that the department would “welcome suggestions on ways to improve our programs.”

But a discussion document produced for a meeting of the organic standards board this spring said that the decision on whether to allow plants produced in “soilless” media – like hydroponic containers – to carry the organic label is still being debated.

That discussion document pointed to a 1995 standard that allows plants grown in “soilless media to be labeled organically produced … if all provisions of the OFPA (Organic Foods Production Act) have been met.”

But later reports called for barring hydroponically grown plants from being classified as organic, and a 2016 vote on a proposal to allow the organic label on bioponic produce failed, prompting the full standards board to send the issue back for more study.

Crisantes said the voice of growers is not being heard in the debate.

“The board does not allow enough public input especially when you consider the influence,” he said during the hearing. “I have invited NOSB members to visit our operations, but there have been no visits. And besides three-minute public comment slots at biannual board meetings there are no other ways to interact with these decision makers.”

Wholesum Harvest describes itself as a family farm that is the “largest producer of organic tomatoes on the vine in North America,” with operations in Arizona and Mexico. It produces on more than 600 acres in fields, greenhouses and container production.

Crisantes complained that federal engagement seems focused on “outlier issues” – such as the correct number of attachment points for a shade porch for poultry – at a time when there is “no shortage of critical issues” facing organic farming. Those include “seed availability and certification compliance of imported organic agriculture to technology advancements,” he said.

Crisantes’ testimony came as part of a hearing in which the committee was seeking input from different parts of the agriculture industry as lawmakers prepare to draft the farm bill for 2018.

“As you prepare for the next farm bill, it is important to note that the organic industry no longer caters to a niche market,” Crisantes said. “We are a $50 billion, and growing, industry.”