Feds post plan for endangered cactus, but recovery still a long way off 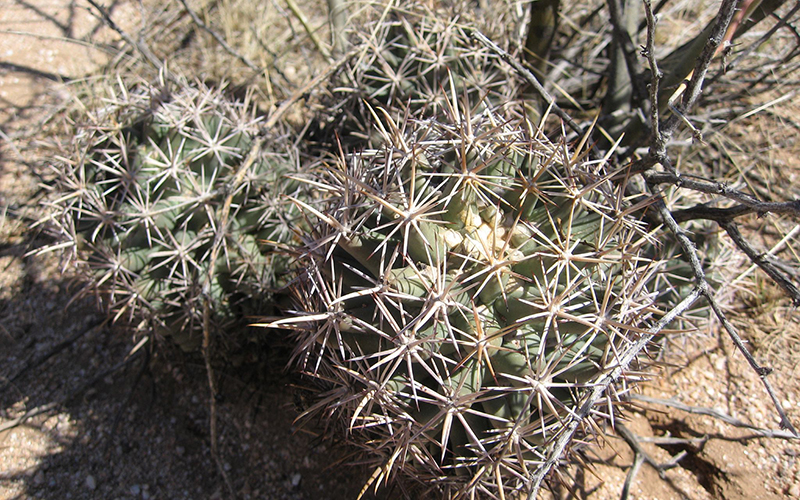 The Pima pineapple cactus, found in scattered locations in southern Arizona and northern Sonora, Mexico, has been on the endangered species list since 1993. A recovery plan for the plant was just published this week. (Photo by Johnida Dockens/Creative Commons) 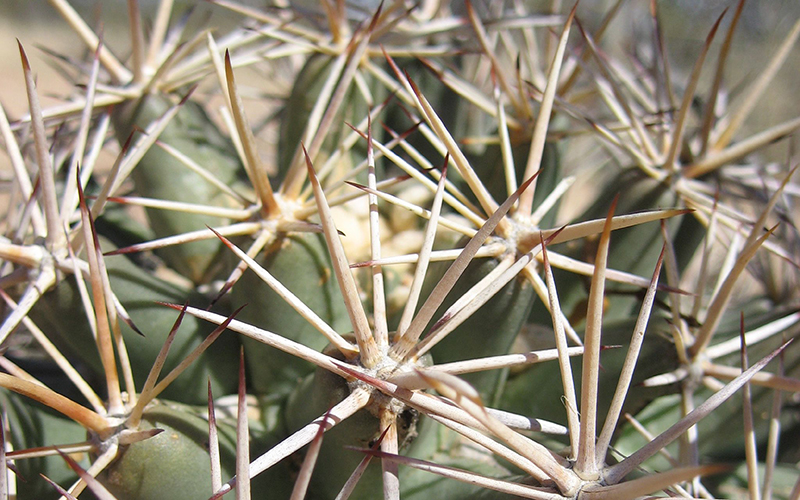 Spines of the Pima pineapple cactus, which gets its name from its bumpy texture, unlike the ribs found on many other cacti. There are an estimated 1,500 remaining of the endangered cactus, which grows no more than 17 inches tall. (Photo by Johnida Dockens/Creative Commons)

WASHINGTON – After 24 years of waiting, is the Pima pineapple cactus finally having its day in the sun?

The U.S. Fish and Wildlife Service this week released a draft recovery plan for the cactus that has been on the endangered species list since 1993. But even as they welcomed the announcement, conservation advocates said there is “a lot of work still to be done” to save the plant.

The small cactus is shaped – as its name suggests – like a pineapple and found in scattered sites in southern Arizona and northern Sonora, Mexico. It is threatened by loss or degradation of habitat from grazing and urbanization, and the encroachment of invasive species, particularly grasses that aggravate the spread of wildfires, among other threats to the cactus.

Michael Robinson, a conservation advocate with the Center for Biological Diversity who said he has been “seeing the ongoing decline of the Pima pineapple cactus,” said he was pleased that the draft plan looked to be “well-thought-out.”

“It shows that the Endangered Species Act really can make a difference,” Robinson said.

Steve Spangle, a field supervisor for the Arizona Ecological Services Field Office of the Fish and Wildlife Service, said that even though the Pima pineapple cactus “has been listed for some time,” it has taken this long to develop a recovery plan due to the “workload and priorities.”

Robinson agreed that the lack of funding and a system of prioritization has “precluded a recovery plan from being developed” until now. He warned that without a recovery plan, we would eventually “see the disappearance of the last Pima pineapple cactus.”

“Everything in the desert is inter-connected and the Pima pineapple cactus is an important part of the Sonoran Desert ecosystem,” Robinson said.

With a draft recovery plan in hand, conservation advocates can begin to look toward protecting this cactus.

“Generally, when we put out recovery plans people question whether the expense is too high to really implement this thing,” he said. “Some people will say we didn’t have enough recommendations for recovery and others will say we had too many.”

Spangle said he is working closely with landowners to ensure the cactus’ future.

“I think the most important thing for any species is you don’t want to go backwards, we want to maintain as many as we can,” he said. “We’re working with ranchers that have habitats for this plant to help them implement their ranch management actions like fire and stuff like that.”

Robinson said he is happy to see the Pima pineapple cactus is finally getting its day in the sun.

“This is a beautiful plant that has evolved in the Sonoran Desert for many thousands of years and it would be tragic to lose it,” he said.