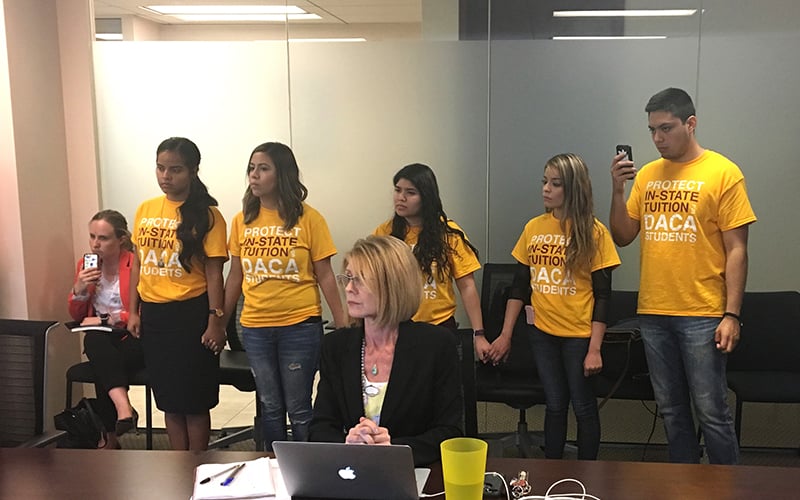 “I feel relief, honestly,” said Diana Aguilera, a member of the activist group, Undocumented Students for Educational Equity, after the vote. She and other students linked hands in solidarity as the regents voted.

President Barack Obama established the DREAMers program in 2012, allowing undocumented immigrants who meet certain requirements, including having come to the U.S. before age 16, to be free from deportation. DACA recipients must currently attend school, have gotten their GED or have been honorably discharged from the military.

The Appeals Court decision came after a majority of Arizona voters in 2006 passed Prop 300, which prohibits state money from being used for in-state tuition, scholarships or financial aid to DACA recipients.

DACA opponents say it is federal overreach and extends rights to people who aren’t legal residents.

The status of DREAMers at Arizona State University, the University of Arizona and Northern Arizona University has been an uncertain situation for opponents and supporters.

The regents two years ago approved in-state tuition for Arizona DREAMers, but citing public support for Prop 300, Attorney General of Arizona Mark Brnovich challenged the 2015 ruling to the Arizona Court of Appeals. The court last week ruled DREAMers were not eligible for the tuition break. 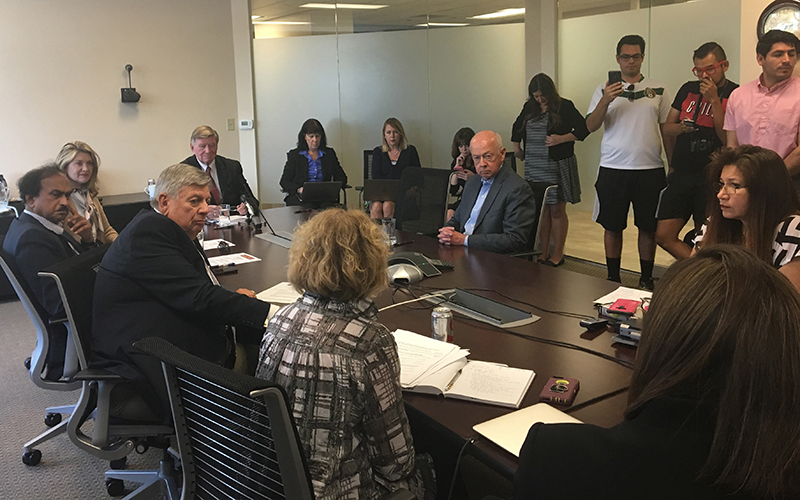 The Arizona Board of Regents discussed DACA students and tuition rates before voting to continue offering in-state tuitioin to DREAMers. (Lauren Marshall/Cronkite News)

Some supporters say DREAMers have to take several years to finish their education because they cannot afford a full class load.

President Donald Trump, who has adopted a tough immigration policy, has said he will not abolish DACA in the short term.

“If students lose the status that makes them eligible for in-state tuition, ASU will convene and engage the community on this issue to seek financial support for the continued study of students at ASU who graduated from Arizona high schools and who are qualified to attend the state universities – regardless of their immigration status,” Crow wrote in a statement.

Administrators at the UA and NAU have made statements supporting DREAMers but have not pledged to provide financial assistance.