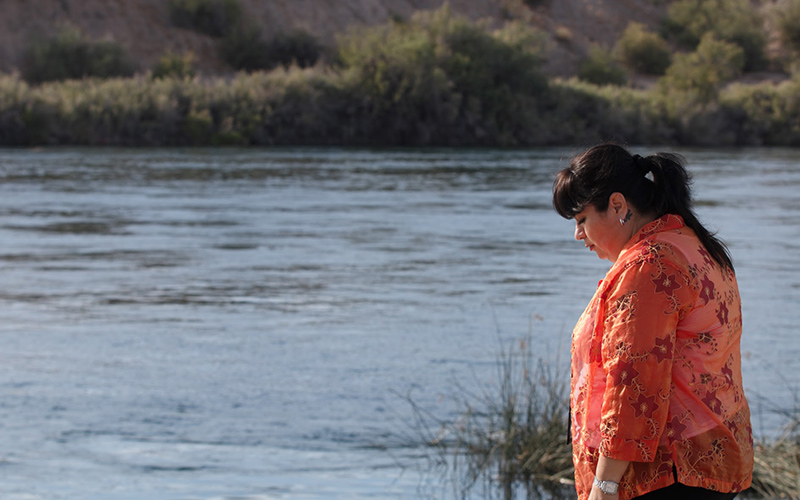 The Colorado River Indian Tribes has some of the oldest rights to water from Lake Mead, making them one of the last in line to lose water rights if continued drought forces limits on water use in Arizona and neighboring states. Ivy Ledezma, secretary for the tribal council, looks out from the Ahakhav Tribal Preserve in Parker. She said water levels used to be 10 feet higher. (Photo by Alexis Kuhbander/Cronkite News)

LAKE MEAD – Arizona risks losing water rights because of a lingering, nearly two-decade long drought in the Colorado River that could restrict water use ranging from farmers’ crops to how many households receive water, state water experts say.

Calcium rings around Lake Mead tell the story of declining water levels, with cream markings permanently decorating the canyon walls that shows high levels that haven’t been seen since 1983. Current surface elevation is at 1,081 feet. If it drops another six feet, water to Arizona will likely be cut, according to an Arizona budget document. 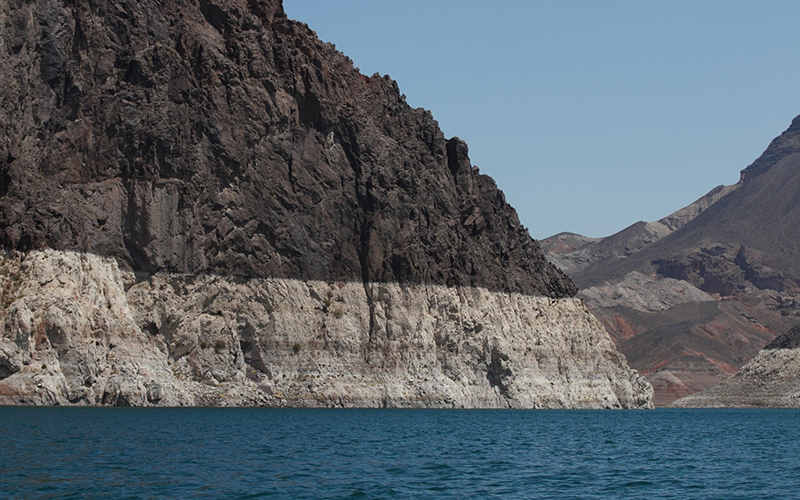 The calcium markings on the rock formations in Lake Mead, a Colorado River reservoir, show the impact of a 17-year drought on water levels. If the level drops below 1,025 feet, a state report says Arizona will lose access to 480,000 acre-feet of water from the Colorado River, or enough water for about a million family households for one year. (Photo by Alexis Kuhbander/Cronkite News)

State water officials from Arizona, Nevada and California – which draw water from Lake Mead – have been working with federal officials to reduce consumption and conserve water in other ways, said Rose Davis, a spokeswoman for the U.S. Bureau of Reclamation.

“Water conservation for Lake Mead and the lower Colorado River relies on all of us,” Davis said. “It’s you and me in our houses, how farmers are using their water, how businesses implement water conservation, and how we are starting to use reclaimed and re-purposed water.”

The Bureau of Reclamation offers a Pilot System Conservation Program, which brings in water right holders who don’t use all of the water they’re entitled to and are paid in exchange. The water stays in the system to benefit the water level of Lake Mead. 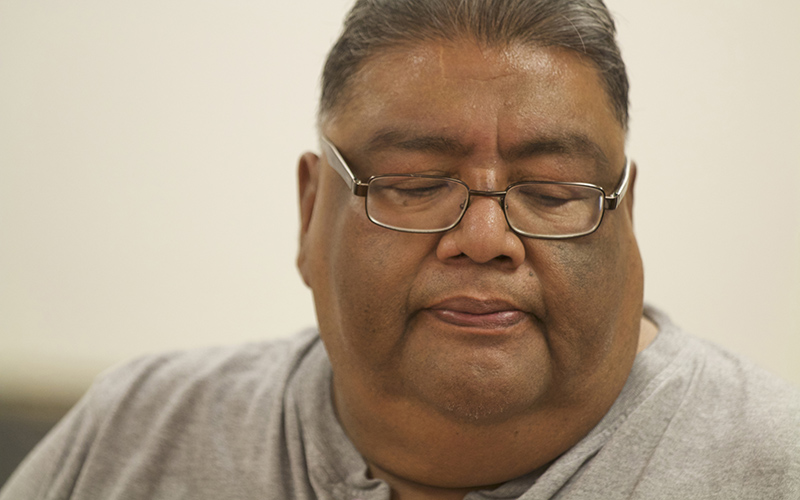 The Colorado River Indian Tribes, who receive water in Parker from Lake Mead for crops, last year joined a federal conservation program where they exchange part of their water for funds. (Photo by Alexis Kuhbander/Cronkite News)

“We stopped farming on certain areas of our land,” said Keith Moses, vice chairman for the Colorado River Indian Tribes, who is pictured above. “Instead of farming on these lands, the water that would have been used goes back into Lake Mead.”

Moses said the tribes hope to rejoin the annual program in 2018. 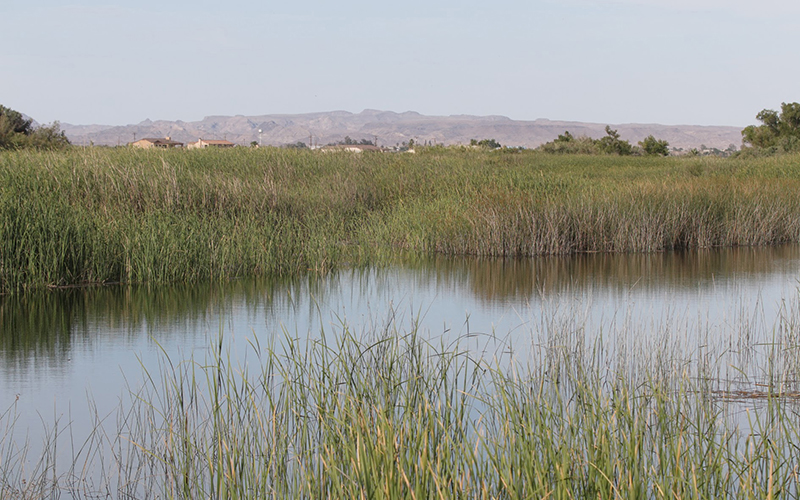 The Colorado River Indian Tribes manage more than 15,000 acres of alfalfa, cotton, duram wheat and other crops. They rely on the water for Arizona and California tribal lands. (Photo by Alexis Kuhbander/Cronkite News)

Lake Mead is also an economic boon to the state. Millions visit Lake Mead each year to bike, boat, camp, hike or swim, according to the National Park Service. 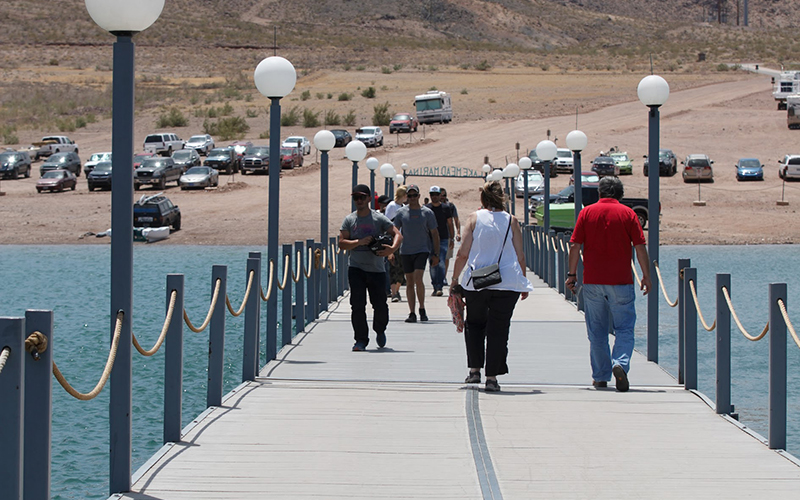 Lake Mead had more than seven million visitors in 2016, according to the National Parks Service. Tourism spikes during the summer, which drew nearly three million from Memorial Day to Labor Day last year. (Photo by Alexis Kuhbander/Cronkite News) 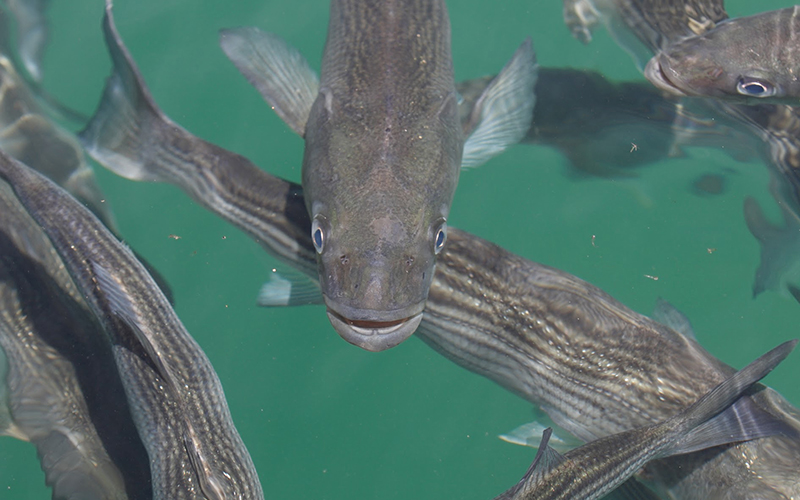 Fishing is one of the prime uses for Lake Mead. (Photo by Alexis Kuhbander/Cronkite News)

Bruce Nelson, director of operations at Las Vegas Boat Harbor, said the current level of the water is good for recreation and creates great beaches.

“The unofficial name of the bathtub ring is a unfair indicator of the levels.” said Nelson, referencing the calcium line that surrounds Lake Mead. “If you were to erase the line, you wouldn’t even know that it was ever there.” 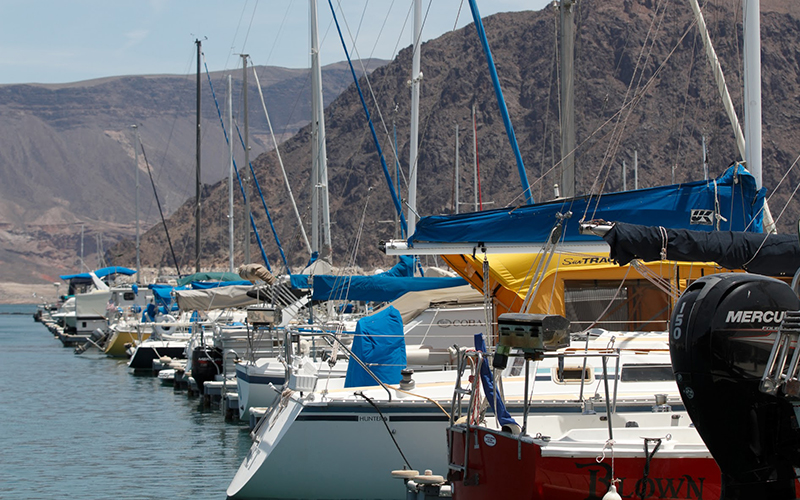 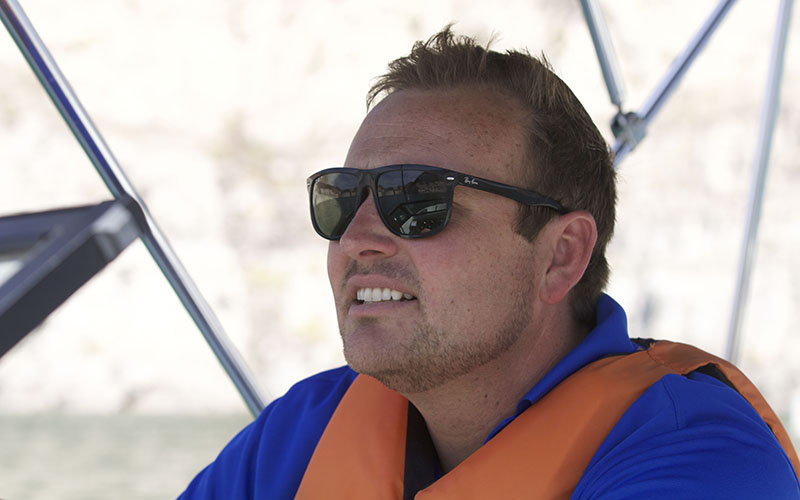 Nelson took over the family-operated business from his grandfather, who started it nearly six decades ago. (Photo by Alexis Kuhbander/Cronkite News) 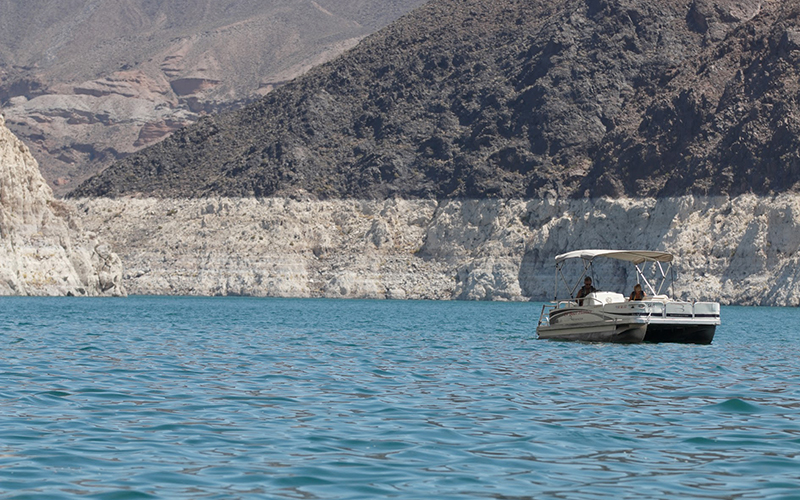 “The elevation being low gives the perception that there is no water in the lake but when people actually come they have a good time and enjoy themselves,” Nelson said. (Photo by Alexis Kuhbander/Cronkite News)

Years of good snowfall in the upper basin of the Colorado River and people acting as good stewards of natural resources are key to developing a future with plenty of water in Lake Mead, Davis said. 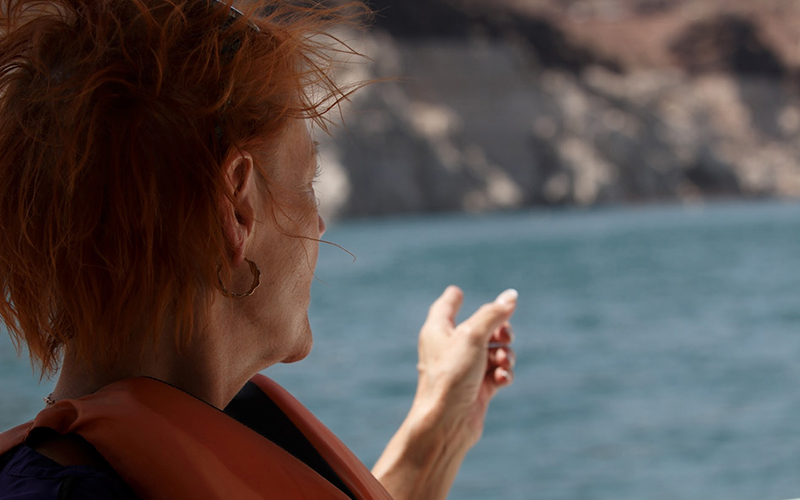 Davis, the Reclamation Bureau spokeswoman, said limits on water use are unlikely through 2018 but there’s a 33 percent chance of the water falling to a level in 2019 that spurs cuts to Arizona and Nevada. (Photo by Alexis Kuhbander/Cronkite News)

Although the Colorado River Indian Tribes face little risk of water-use restrictions, the tribes are still working to help with other groups, Moses, Vice Chair for tribes, said.

“We have excess water that we aren’t using, but we have plans on how to utilize it and share it with others,” Moses said. Federal law doesn’t allow them to share or ship water but the tribes have hope that Congress may change that if drought forces their hand, he said. 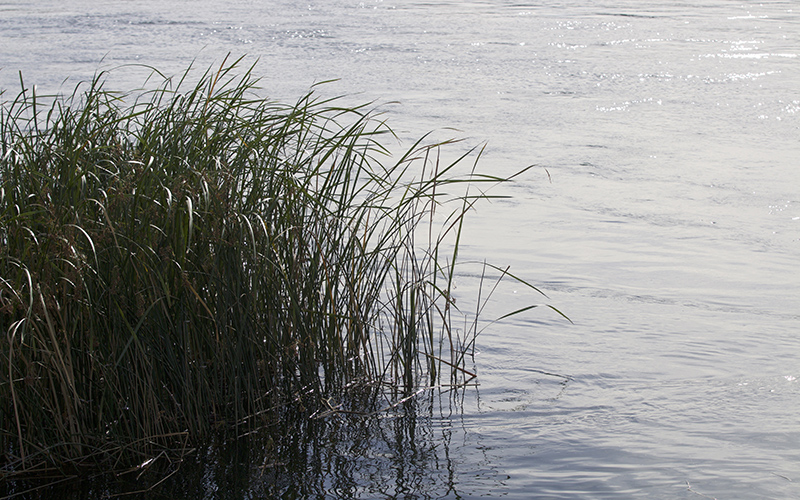 Leaders of the Colorado River Indian Tribes have conducted meetings to let members know how water is being used in Parker and conservation efforts. (Photo by Alexis Kuhbander/Cronkite News)

Moses said residents, after tribal meetings, realized the seriousness of the drought.

“We need to educate the people on why we are doing these things. We just want to help our community,” Moses said.

The Arizona Department of Water Resources is negotiating with the reclamation bureau, Nevada and California for a plan to conserve more than 1.2 million-acre-feet of water over three years.

The drought discussion isn’t only happening in Arizona. Western mayors met in January 2017 to discuss the drought’s impact on the different cities involved and how to educate their residents about water conservation.

Farmers in Yuma, Arizona, also have made changes to its use of water received from Lake Mead. According to the Yuma Fresh Vegetable Association, farmers have implemented irrigation techniques that cut their water usage by 20 percent, while increasing crop production by 30 percent.